The university marked the one-year anniversary of full operation of the Capital Partners Solar Project.
February 2, 2017 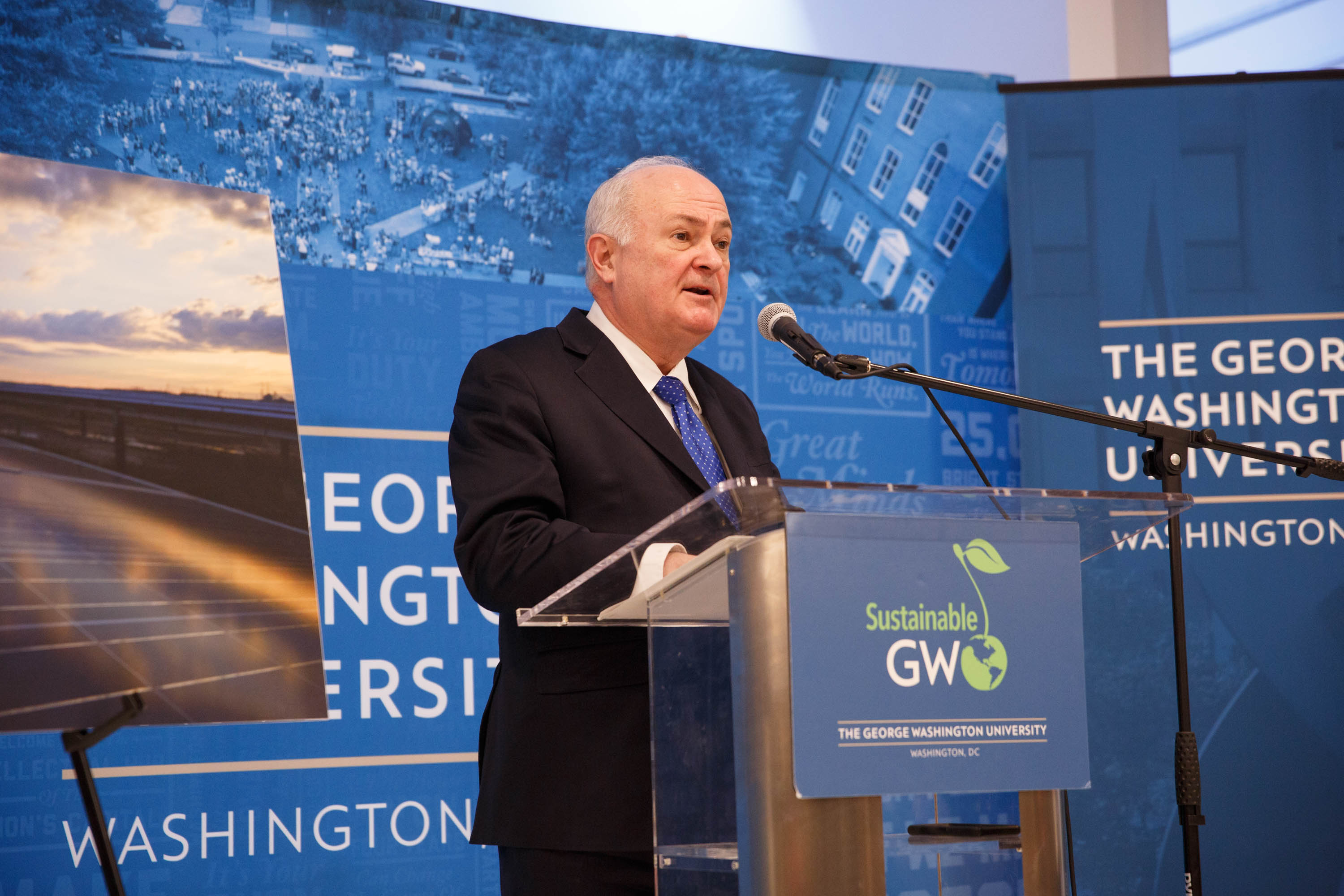 The George Washington University celebrated on Tuesday the one-year anniversary of full operation of the Capital Partners Solar Project, a renewable energy project that has made GW 50 percent solar-powered.

The project with Duke Energy Renewables—a partnership among GW, American University and GW Hospital—is seen as a major accomplishment not only in reducing the university’s carbon footprint but also as serving as an example for others, positioning GW as a leader in urban sustainability.

“It really is a model for what universities and other institutions can do together to build capacity for alternative energy,” George Washington President Steven Knapp said in remarks at an event in District House, which recently received a LEED Gold certification recognizing the building’s “green” construction.

Dr. Knapp also announced Tuesday that the university is launching “Charged Up,” a competition for a student team to win the ability to design a solar charging station for small electronics on Kogan Plaza. The deadline to apply is April 3. Winners will be announced the week of April 17 and will be awarded funding, up to $10,000 for material and labor, to construct their design.

It took several years for GW and its partners to get the complex Capital Partners Solar Project up and running, said Meghan Chapple, director of the Office of Sustainability, and the participation of all the partners was “absolutely essential.”

The solar power helps all three institutions reduce their carbon footprint, eliminating approximately 60,000 metric tons of carbon dioxide per year compared to conventional electricity. This is equivalent to taking roughly 12,500 cars off the road. In addition, the project offers economic savings for each institution, as the price of traditional power is expected to increase over the duration of the project.

The Capital Partners Solar Project also gives students and faculty the opportunity to see how solar power works and analyze data from the project.

Nicholas Batista, B.S. ’13, a graduate student in mechanical and aerospace engineering at GW, visited one of the solar sites in North Carolina.

“It was a unique opportunity to witness utility-scale solar firsthand,” said Mr. Batista, whose master’s thesis is on the technical and economic factors related to solar power generation.

These “living labs” are another rewarding aspect of the partnership, said Kathleen Merrigan, executive director of sustainability, and they help address “how do we, as citizen leaders in the community of GW, use our facilities, our daily lives, to help us learn and move the planet forward.”

In a separate agreement with the university, Duke Energy Renewables has provided funding for the Duke Energy Renewables Innovation Fund Awards, a multi-year research grant program for energy research for faculty and researchers. Some interdisciplinary teams have already received funding. The university expects to announce additional projects that will be funded by these awards in April, Dr. Merrigan said. 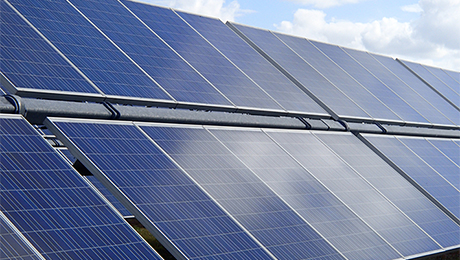 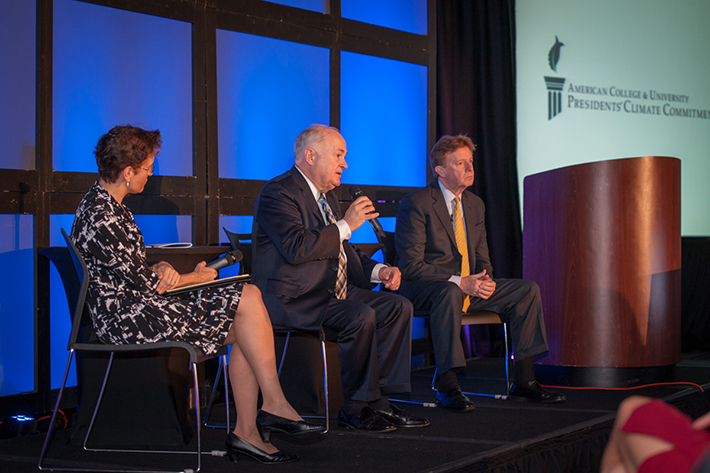 Capital Partners Agreement Is Future of Solar for Universities