The risk of dying in the six months following the devastating storm was highest for Puerto Ricans living in the poorest municipalities.
August 29, 2018 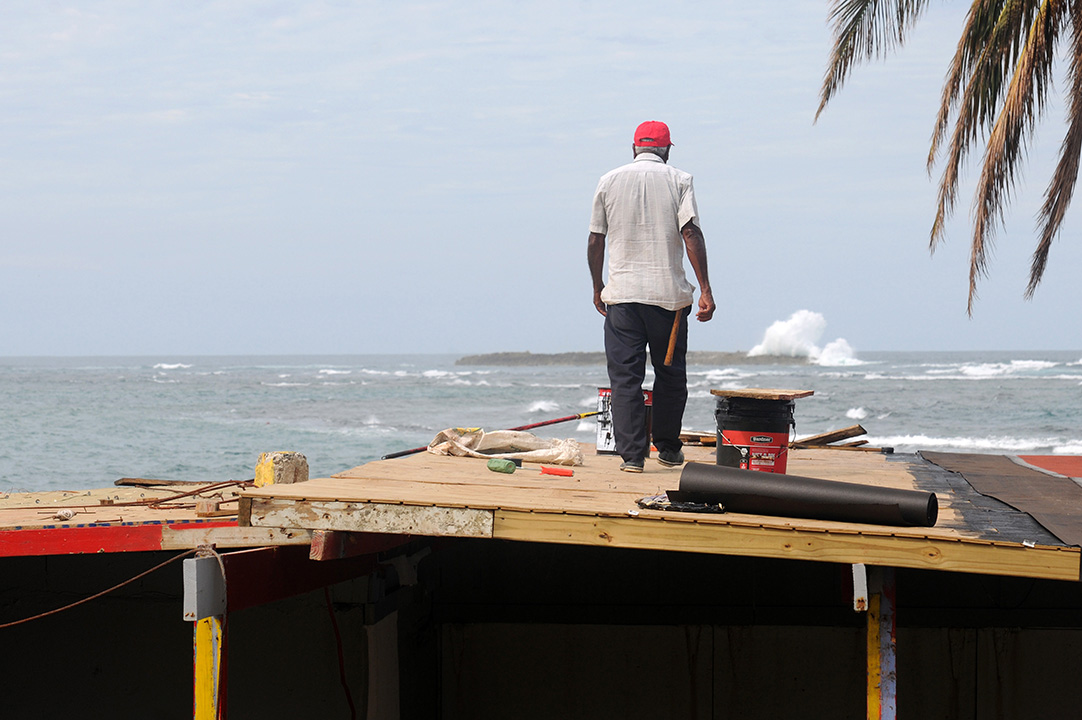 Manuel Dia repairs the roof of a restaurant on Nov. 20, exactly two months after Hurricane Maria struck Puerto Rico. The Category 5 hurricane made landfall on Sept. 20, causing widespread damage to nearly every part of the island. (Photo: Steven Shepard)

Researchers at the George Washington University Milken Institute School of Public Health published an independent report Wednesday that estimates there were 2,975 excess deaths in Puerto Rico due to Hurricane Maria between September 2017 and February.

The researchers also identified gaps in the death certification and public communication processes and made recommendations that will help prepare Puerto Rico for future hurricanes and other natural disasters.

Hurricane Maria hit Puerto Rico in September 2017 and soon after, the government of Puerto Rico determined that 64 people had died. Unofficial investigations and independent scientific studies later suggested that the death toll was likely much higher. To get a more accurate and rigorous assessment, the Puerto Rican government commissioned an independent study from Milken Institute SPH.

“The results of our epidemiological study suggests that, tragically, Hurricane Maria led to a large number of excess deaths throughout the island. Certain groups—those in lower-income areas and the elderly—faced the highest risk,” said Carlos Santos-Burgoa, the principal investigator of the project and a professor of global health. “We hope this report and its recommendations will help build the island’s resilience and pave the way toward a plan that will protect all sectors of society in times of natural disasters.”

The study found that the 2,975 excess deaths related to Hurricane Maria in the six months following the hurricane is 22 percent higher than the number of deaths that would have been expected during that period in a year without the storm.

The investigation found that all municipalities in Puerto Rico were hit hard by the hurricane and the aftermath, however, certain groups faced outsized risk.

The risk of dying was 60 percent higher for individuals who lived in the poorest municipalities, and that elevated risk continued beyond the study’s observation period. The study found that older, male Puerto Ricans had a risk of death that was 35 percent higher than expected and that elevated risk continued past the study’s observation period.

This research represented the most rigorous study of excess mortality due to the hurricane done to date. The GW-led team analyzed death certificates and other mortality data, and using a sophisticated mathematical model, the team compared the total number of deaths during that time to the expected number based on historical patterns. The research also adjusted for age, sex and migration from the island.

The research team also sought to identify flaws in mortality surveillance and communication systems and to offer recommendations aimed at helping Puerto Rico—and the mainland U.S.—establish better methods for disaster preparedness and response.

The team found that lack of communication, well established guidelines and training for physicians on how to certify deaths in disasters resulted in a limited number of deaths being identified as hurricane related. The team found error rates in death certificates that were within the norm and that similar error rates in death certificates are found throughout the United States. To reduce these errors, researchers recommend that physicians and other relevant health care providers in the United States receive explicit training so they can more accurately certify deaths under disaster conditions.

The team also found that communication about deaths after the disaster, and especially the distinction between deaths directly related to the storm and those indirectly tied to it, contributed to confusion among members of the public.

The report provides a number of key recommendations:

“The lessons learned from this report and subsequent studies will help not just Puerto Rico, but other regions in the U.S. and around the world that face the ongoing threat of hurricanes and other natural disasters,” said Lynn R. Goldman, Michael and Lori Milken Dean of Milken Institute SPH. “If enacted, the recommendations of this report could help save lives in Puerto Rico and beyond.”

The report, “Ascertainment of the Estimated Excess Mortality from Hurricane Maria in Puerto Rico,” can be accessed here. The report was shared with the government of Puerto Rico on Monday. Researchers plan to publish a more comprehensive report in an academic journal in the coming months, which will outline the statistical models used to come up with the 2,975 excess mortality count.

Harvard University released a study in May that estimated Hurricane Maria led to the deaths of more than 4,600 individuals. Dr. Santos-Burgoa said this difference is based on an analysis that did not accurately account for differences in household size.

Researchers are planning to dig deeper into the excess mortality data during a second phase of the GW-led study that will include interviews with Puerto Ricans about the circumstances around individual deaths. 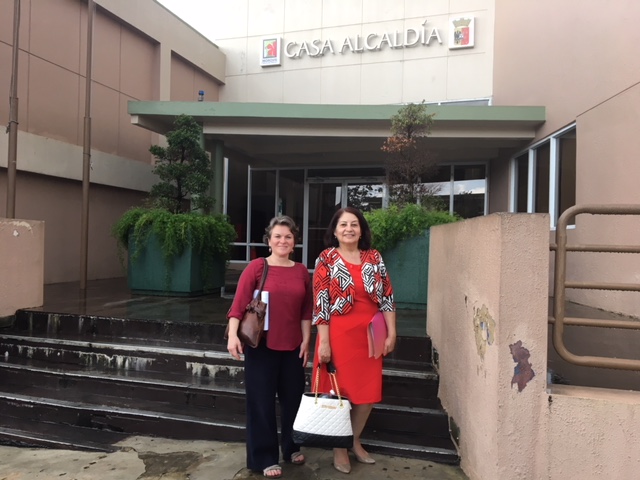 Mortality Study in Puerto Rico Provides Opportunity to Save Lives