Jim Bridenstine, the recently-confirmed NASA administrator, said partnerships with private entities will allow the U.S. to lead in space exploration.
May 9, 2018 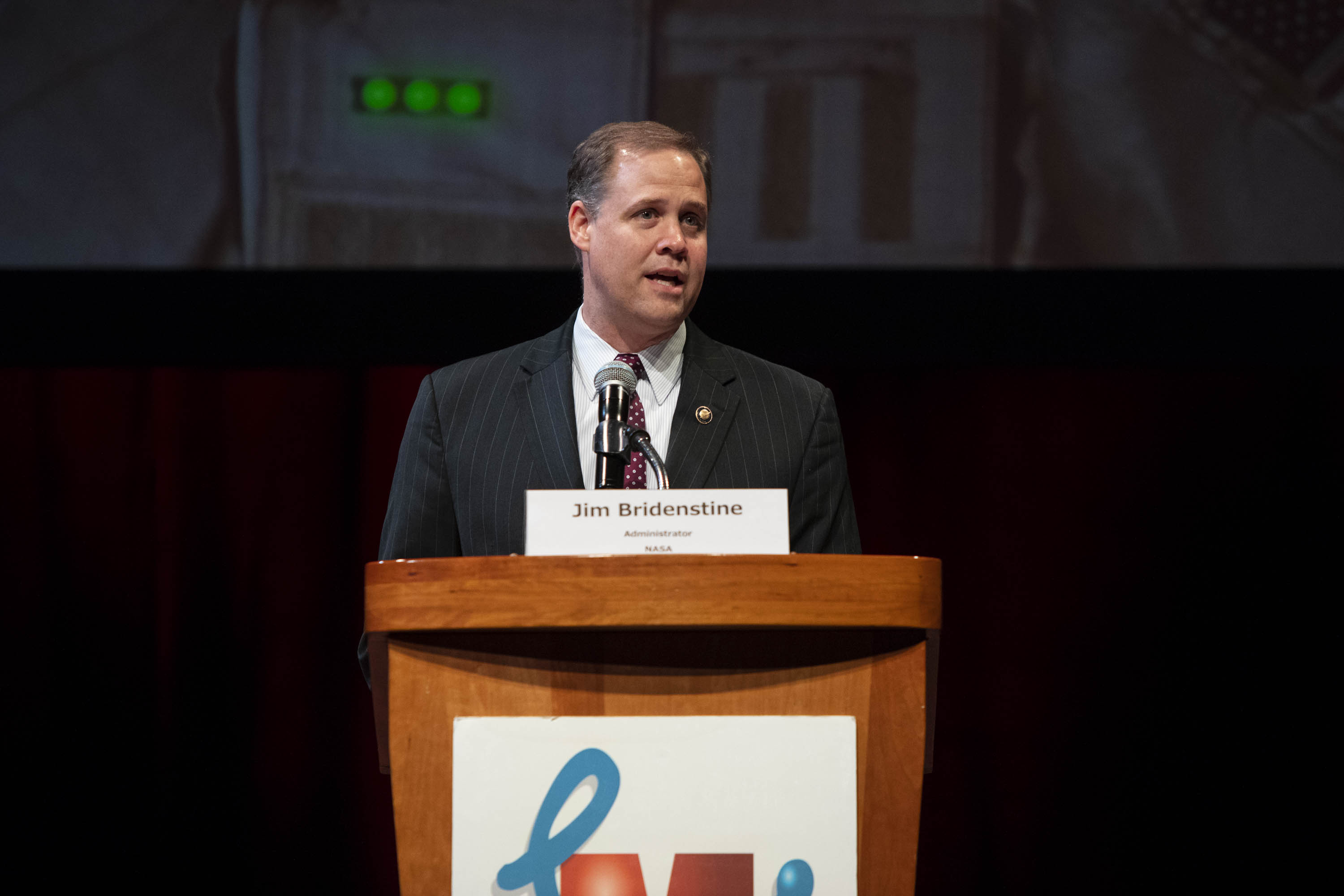 In one of his first public events since being sworn in last month, Jim Bridenstine, NASA administrator, emphasized to an audience at the George Washington University the importance of partnerships between government and private entities in exploring space and eventually landing humans on Mars.

Mr. Bridenstine drew parallels between space exploration and the early expedition into the American West led by Meriwether Lewis and William Clark. It took the Pacific Railway Act of 1862, which gave government support to private companies, to build the transcontinental railroad and extend Western expansion—66 years after the famous expedition— because the government couldn’t do it alone.

Mr. Bridenstine said he looks at the half century that has passed since astronauts Neil Armstrong and Buzz Aldrin walked on the lunar surface similarly. Space is the next great frontier, and NASA can’t move forward alone.

“It’s time to build our own railroad,” he said. “Like then, we need to enable public funds to support private equity, and private bonds to deliver more commerce, more economic growth and solidify American leadership in space, science and discovery.”

Mr. Bridenstine spoke at Lisner Auditorium as part of the Humans 2 Mars Summit on Wednesday. He previously represented Oklahoma in Congress, where he was a member of the House of Representatives’ Armed Forces Committee and the Science, Space and Technology Committee.

Mr. Bridenstine pointed to InSight, a robotic lander headed to Mars, as an example of how private and public partners can effectively work together. The lander was built by American industry with international partners and was launched Saturday on a commercially-procured rocket on an U.S. Air Force base.

InSight’s 300 million-mile journey will help researchers better understand the planet’s interior. The mission will help NASA to learn more about the risks to humans and to be more prepared for future exploration.

“This is in fact evidence that we are building the railroad, tie by tie, stake by stake,” Mr. Bridenstine said.

Mr. Bridenstine was nominated by President Donald Trump and confirmed last month on a party-line vote. Critics said Mr. Bridenstine was too political and did not have the experience required to run a large government agency. President Barack Obama directed NASA to focus on getting to Mars, but Mr. Trump’s administration has signaled its intention to return to the moon.

Mr. Bridenstine told the crowd not to be concerned about Mr. Trump’s plans to return to the moon. Returning to the moon would allow NASA to improve and advance technology that will be needed to reach Mars, which includes developing precision landing systems, engines and surface habitation.

“The president’s vision has emphasized that our exploration campaign will establish American leadership in the human exploration of Mars,” he said. “We are doing both the moon and Mars, in tandem, and the missions are supportive of each other.”

Ted Cruz (R-Tex.), chairman of the Subcommittee on Space, Science, and Competitiveness spoke during the summit on Tuesday. Supporting space exploration is one of the few things politicians can agree on, he said.

Some in Washington, D.C., want to halt U.S. funding for the International Space Station in 2025, but doing so would be a grave mistake he would fight against in Congress, Mr. Cruz said.

Mr. Cruz also reaffirmed his commitment to getting astronauts to Mars through private and public partnerships and fighting regulation.

“The first foot that steps foot on Mars will be an American foot and an American explorer,” he said. “That’s leadership that I think this country needs and values.” 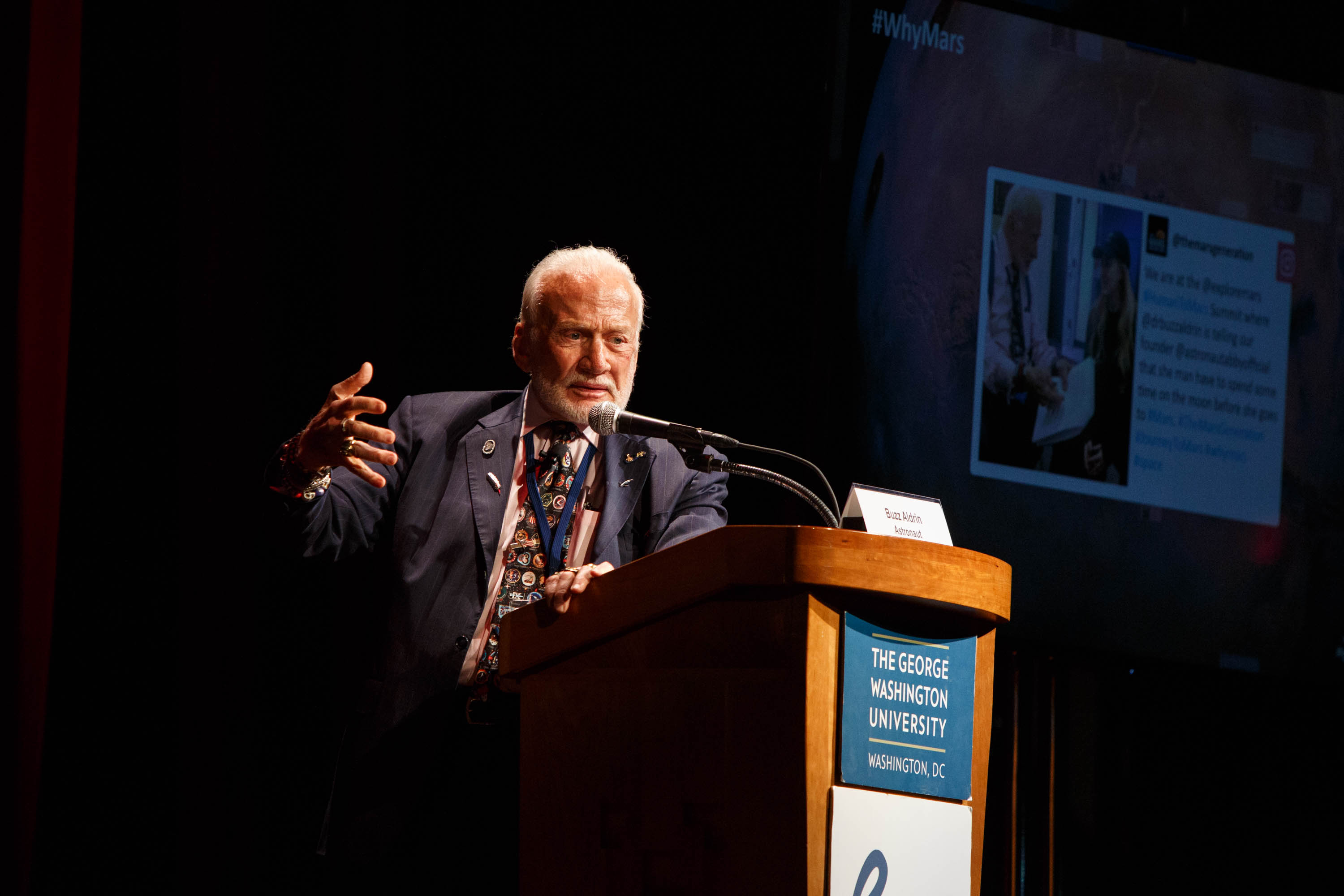 ‘We Are Closer to Mars Today Than We Have Ever Been’