Eric Holder Jr. encouraged students to raise their voices during a virtual class visit to discuss the importance of the right to vote
October 19, 2020 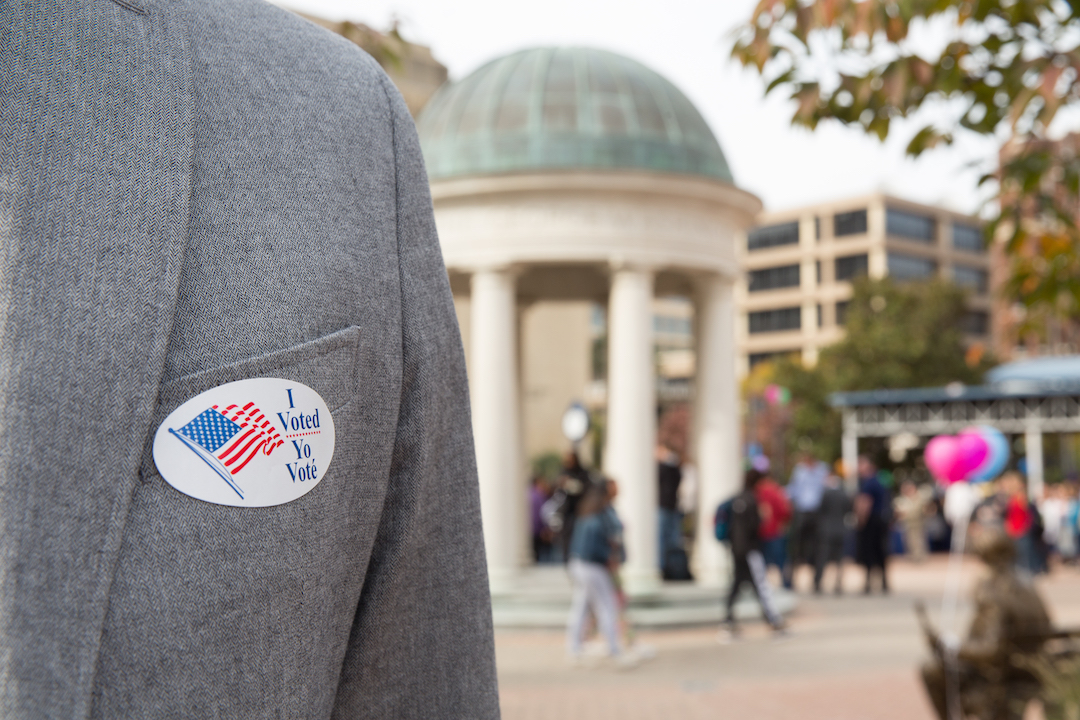 Ahead of Election Day, a class of undergraduates at the George Washington University received a personal lesson about the importance of voting from former U.S. Attorney General Eric H. Holder Jr.

The third longest serving attorney general in U.S. history and the first African-American to hold that office, Mr. Holder had vigorously defended the Voting Rights Act of 1965 while in office.

He visited a Gender and Race in Media course, where he discussed the long struggle for voting rights in the United States, the impact of rollbacks on federal voting rights oversight and why he thinks it is critical that Americans vote in today’s political climate.

“It was very powerful and inspiring,” said Kavita Daiya, the course’s instructor and director of the Women’s, Gender and Sexuality Studies Program in the Columbian College of Arts and Sciences. “He explained to students that their vote matters not just because it’s about choosing the president: it’s also about choosing all of the people down-ballot. It’s very important to recognize that your vote could have powerful consequences at the local and regional level, in a way that directly impacts your life.”

Dr. Daiya designed the course, which examines how contemporary films, comics and digital media represent gender, race, class and sociopolitical power relations, to be responsive to our current political environment. In addition to the recent national conversations about social justice, racial inequality and the Black Lives Matter movement, the course also focuses on inequalities exposed by the COVID-19 pandemic and other present-day social issues.

Students engage with the course topics through class discussions, and writing letters to the editor as well as op-eds for a class blog, some of which have been published in The New York Times and The Washington Post.

When Dr. Daiya heard that some GW students planned not to participate in the upcoming election, she redeveloped the course to include a section on the long struggle for voting rights waged by minority groups in the United States.

The voting section included the viewing of a 2020 documentary, “All In: The Fight for Democracy,” which examines the issue of voter suppression raised in the contentious 2018 Stacey Abrams-Brian Kemp Georgia gubernatorial run.

While watching the film, Maya Holder, Mr. Holder’s daughter and a student in Dr. Daiya’s course, noticed her father had been featured in it. She offered to ask him to be a guest lecturer in the course.

Dr. Daiya said she jumped at the opportunity to host Mr. Holder as she thought it would be an incredible privilege and honor for everyone in the room to hear his perspective and advice for this generation.

Not surprisingly, she said, this memorable dialogue inspired and motivated many of her students to engage in the political process, reminding them of the long, and sometimes violent journey some Americans have endured to get voting rights.

“[Mr. Holder’s] insistence that ‘the people are the cavalry’ stuck with me,” said Maryam Gilanshah, a senior studying creative writing and English. “He knew how to communicate with younger audiences without seeming boastful or pedantic. I felt encouraged to continue learning and contributing to my community, not only for my future, but for the future of laws and others around me.”

Kaitlynn Slattery, a sophomore in the course, said the discussion was a great reminder that young people can change this country.

“It has been extremely rare to find inspiration during this election cycle, but [Mr. Holder] inspired me,” she said. “[He] told us, it is going to be a fight, but it's a fight we can handle.”

Each school has a unique URL for anyone to use to register or to learn more about how to cast a ballot at their address, and new registrations are tracked by the GW Turbovote electronic tool.

While students nationally voted at a rate of 50.4 percent in 2016, GW’s voting average among students was 57.9 percent. However, GW Votes has set a goal of getting 65 percent of students to vote in 2020.

“GW is one of the most politically active schools in the nation,” said Amy Cohen, executive director of the Nashman Center. “Students participate in partisan and issue-oriented student organizations, they intern with government and policy-oriented nonprofits, and do policy-oriented research and direct service, yet our students have voted at a rate that is only above average.” 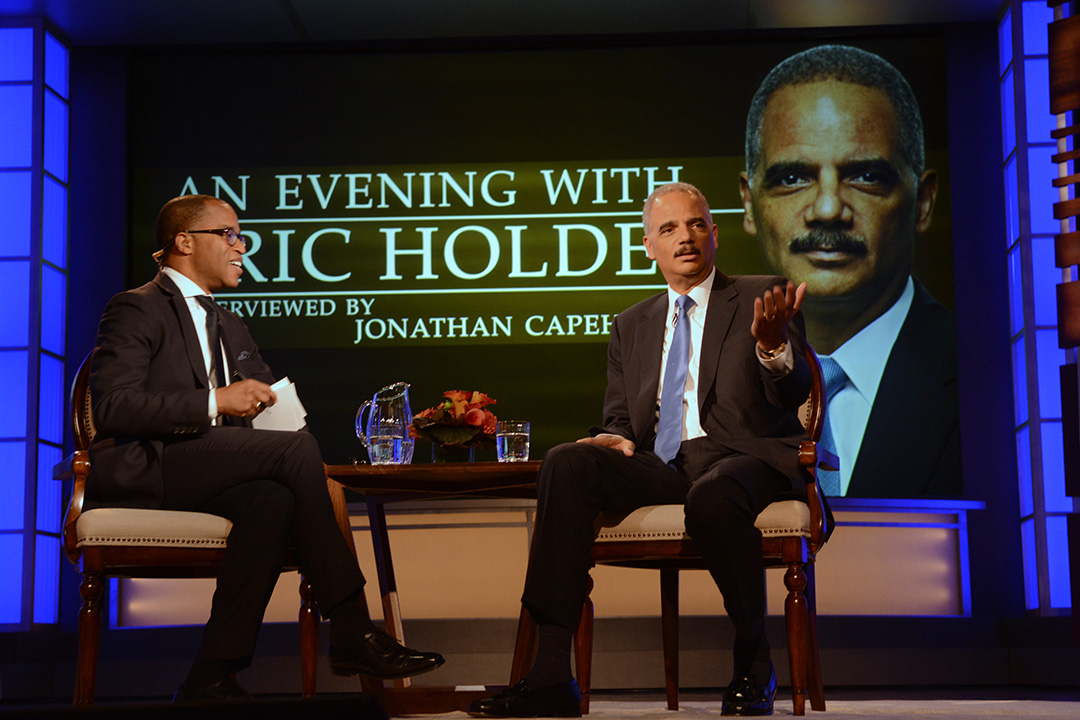 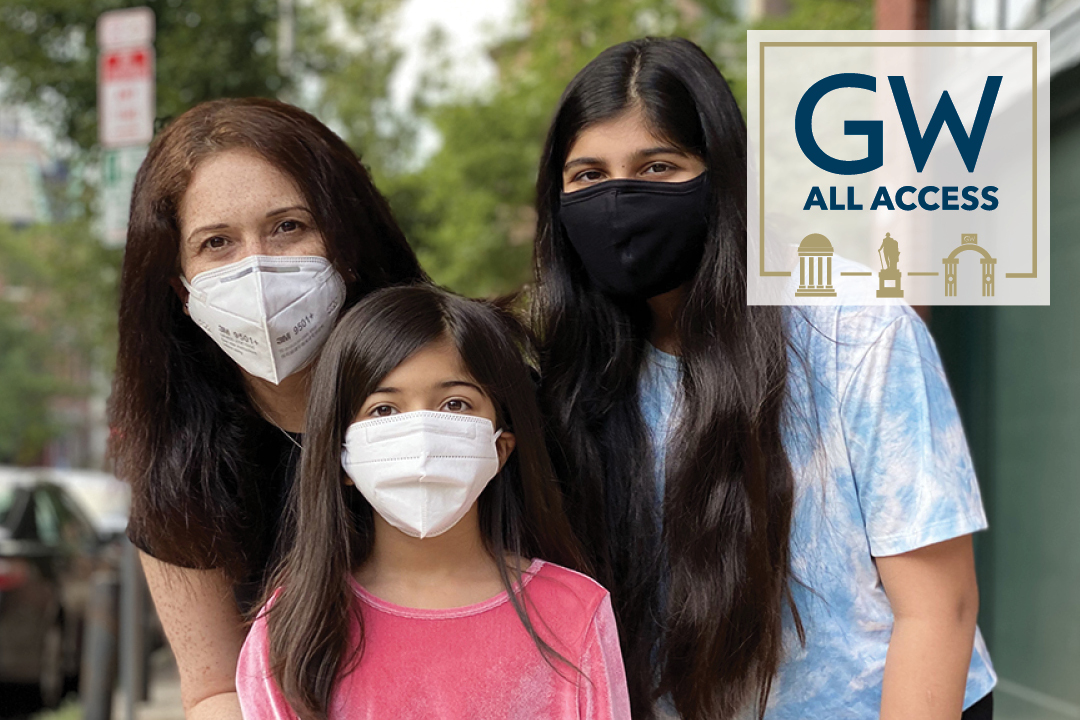