The longtime GW supporter had a unique relationship with the university and the city of Washington, D.C.
January 24, 2023 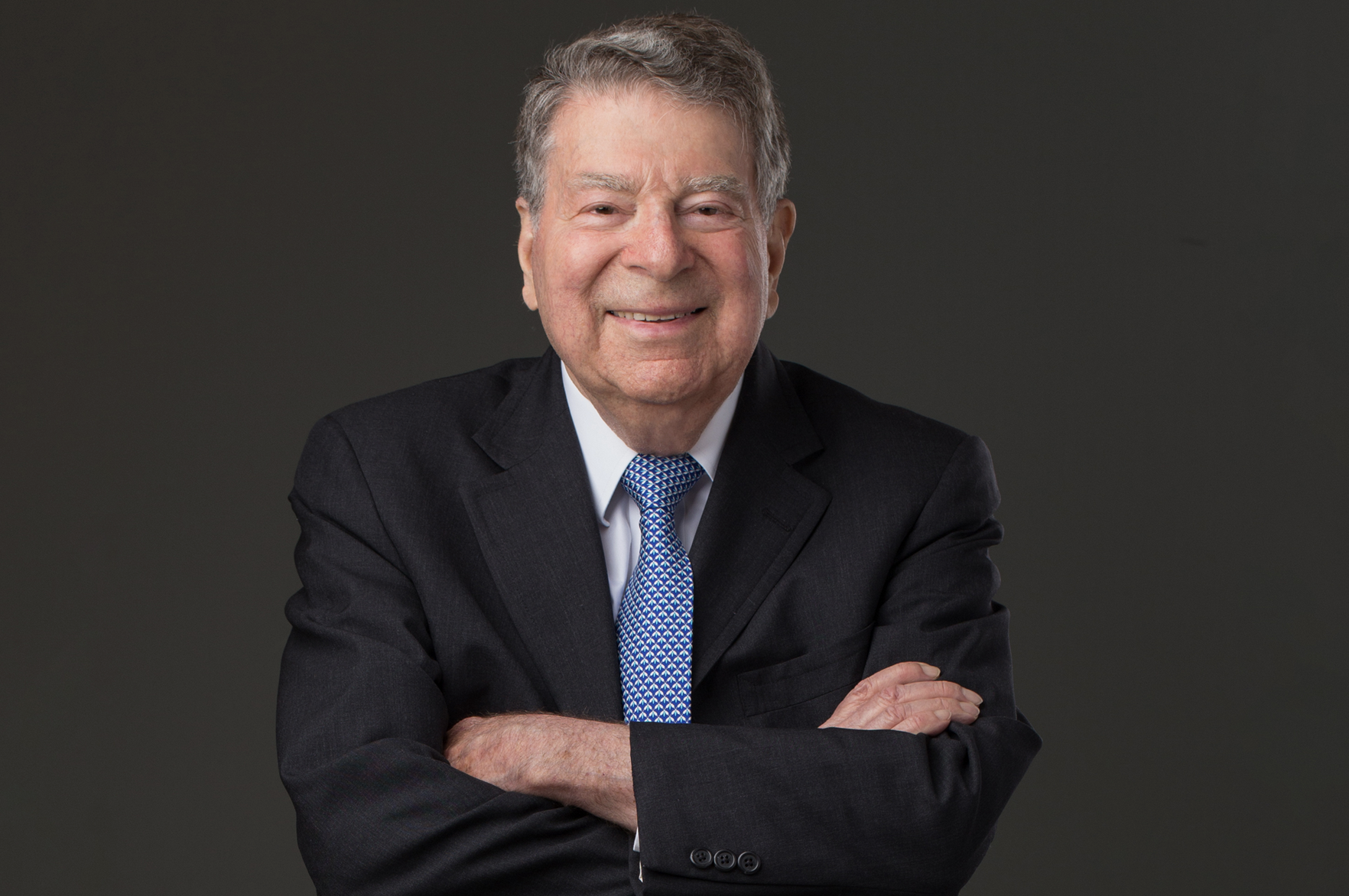 The George Washington University community is remembering the life of Calvin Cafritz, a businessman, philanthropist and longtime supporter of GW. He died on Thursday, Jan. 12, at age 91.

Since 1989, Cafritz led the Morris and Gwendolyn Cafritz Foundation, a charitable organization named for his parents. With him at the helm, the foundation distributed hundreds of millions of dollars in grants to a range of organizations, including the National Gallery of Art, Bread for the City and the John F. Kennedy Center for the Performing Arts. In 2021 alone, the foundation awarded some 430 grants to 413 nonprofits.

According to Susan Boerstling, GW’s assistant vice president for corporate and foundation relations, the partnership of the Cafritz Foundation with GW is “unique in terms of other universities in the area.” The annual Cafritz Awards Gala has been held on campus for many years, Boerstling noted, representing a partnership between the university, the foundation and the Office of the D.C. Mayor. In 2001, the Cafritz Foundation gave $1 million toward the Cafritz Conference Center in the University Student Center. The foundation also gave generously to support the recent GW Hillel building renovation, as well as to provide ongoing support to other civic-minded programs at GW.

“The mission of the foundation is improving the quality of life for all Washington, D.C., metropolitan-area residents,” Boerstling said. “This is in alignment with GW efforts to benefit the local community.”

Cafritz was a leading force in the establishment of GW’s Center for Excellence in Public Leadership (CEPL) in 1997, to help support the D.C. government just as it was coming out of receivership from the U.S. Congress. Dean Liesl Riddle of the GW College of Professional Studies (CPS), where GW CEPL has been housed since 2005, said, “Our college was launched to make an economic and social impact through innovative professional programs that cultivate talent for employers and propel students’ careers forward. Thanks to the support of the Cafritz Foundation for the last 25 years, CEPL has supported organizational transformation across the public sector in the city. Mr. Cafritz recognized and championed this work, and its success is a part of his inspiring legacy.”

“Throughout the years, he gave feedback constructively and in a helpful manner,” said Jim Robinson, executive director of GW CEPL. “He was an excellent listener and always got both the big picture and important details by asking insightful questions. We will miss his gracious and generous presence.”

“Mr. Cafritz exemplified what it means to be an inspirational leader and a great human being,” said Pyatybratova. “He will always be remembered and loved by our team and the thousands of people whose lives he touched for his humility, kindness and willingness to go above and beyond in service of our great city and community.”

The Cafritz Foundation is also a longtime supporter of GW’s Honey W. Nashman Center for Civic Engagement and Public Service.

“Calvin Cafritz and the Cafritz Foundation have been part of the GW Honey Nashman Center from its earliest roots in the Office of Community Service and the Neighbors Project in the 1990s through to the present,” said Amy Cohen, executive director of the center. “They have helped us to be innovative and to expand. Mr. Cafritz has been an exemplary advocate for excellence in government and nonprofits in D.C., and the foundation has been a force for community self-efficacy. The D.C. community is better for his engagement and we will miss him terribly.”

Another longtime beneficiary of Cafritz Foundation support has been The Textile Museum.

"For over 30 years the Cafritz Foundation has supported The Textile Museum, especially as a prominent proponent of the museum’s move to the George Washington University," said John Wetenhall, director of the George Washington University Museum and The Textile Museum. “Mr. Cafritz’s encouragement has particularly strengthened the Washington-area community’s appreciation of textiles as a vital form of artistic expression and global cultural heritage."

Cafritz is survived by his third wife, Jane Lipton Cafritz, a Washington lawyer whom he married in 2000; his three children; three stepchildren (including Olivia Rubenstein, who earned a master’s degree from GSEHD in 2018); and numerous grandchildren and step-grandchildren, as well as his brother, Conrad Cafritz, chairman and CEO of Cafritz Interests. Jane Lipton Cafritz was elected in the second half of 2022 to succeed her husband as the foundation’s president and CEO. 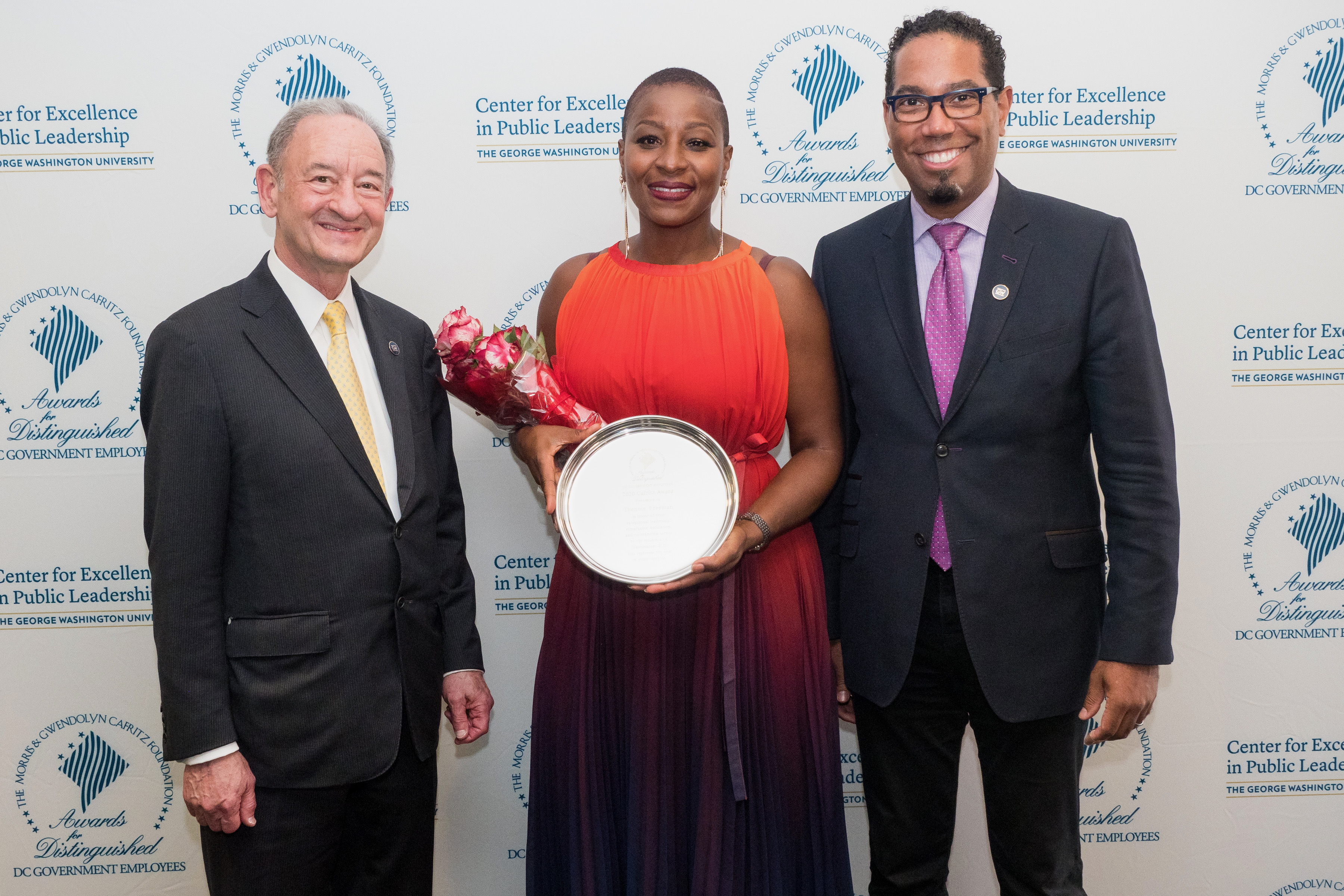