How I Got the Job: From Tech Internship to Employment Offer

Senior Reem Eltahir developed connections and utilized confidence and honesty about her skillset to land a computer engineering job at Intel.
March 18, 2019 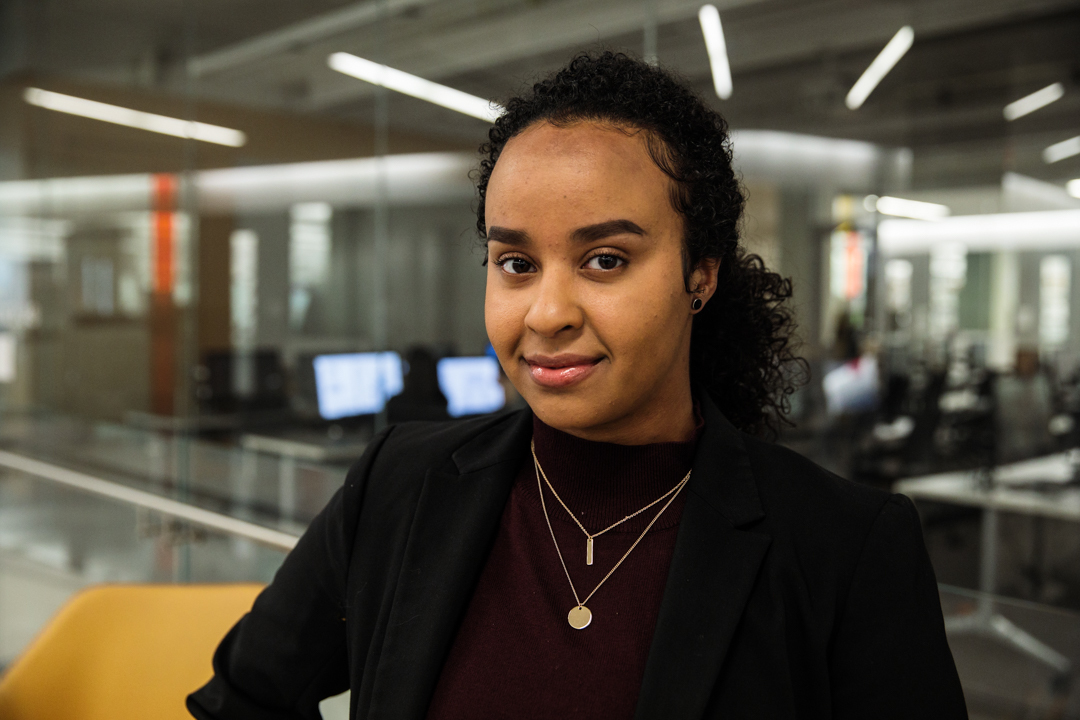 At first, computer engineering was scary for Reem Eltahir, a senior in the George Washington University School of Engineering and Applied Science.

Growing up in Sudan, all of her education heavily emphasized STEM, so exploring the humanities was not much of an option. But, in seeing how technology is constantly evolving because of research and development, she acquired an interest in working with the computers people engage with every day.

“I'm not going to lie and say I was a nerd and I grew up loving computers because I was not like that,” Ms. Eltahir said. “It was scary, but I learned that it's something different, and I slowly began to love it."

When her family moved to Ashburn, Va., Ms. Eltahir studied at community college before transferring to GW. She knew she wanted to follow in her older brother Mohamed Eltahir’s footsteps and study engineering. (Mr. Eltahir, an M.A. candidate in Applied Economics, is also expected to graduate from GW in May.) She chose computer engineering because it encompasses many engineering fields.

Ms. Eltahir joined the GW chapter of the National Society of Black Engineers (NSBE), becoming the academic excellence chair on the executive board. Last year, her peers encouraged her to attend the annual NSBE convention in the spring for further networking opportunities.

She worked with Career Coach Sonya Merrill on her resume, visiting numerous times to get it right. Ms. Eltahir built her resume by asking her peers to send their resumes to her to see what others were doing well that she could incorporate into her own.

"Of course, I made sure to focus on people within my major, but also any other majors,” Ms. Eltahir said. “It’s so interesting to see how people choose different designs—and I'm not trying to copy. I take the best of everything and that's literally how my resume is made."

With the career center’s feedback on her resume, Ms. Eltahir also attended workshops to prepare for the conference, learn how to speak with recruiters, land the interview and perform well during the interview process. Dr. Merrill told the GW students attending NSBE to put together a list of 10 companies to target at the conference and make notes of each company’s background information and mission statement.

In the weeks after the conference, Ms. Eltahir was applying heavily to relevant job postings, and she heard back from Intel in May.

She completed a phone interview soon after, where she was asked a series of technical questions related to computer engineering. In preparing for the interview, Ms. Eltahir was confident in the skills she learned at GW and knew that if she were asked anything outside of the scope of her classes so far, she would be candid about what she did not know.

"I told him, 'I don't know what that is, but I know it's a class I should be taking my senior year,' which he said was fine," Ms. Eltahir said of the phone interview with Intel.

She wasn’t sure if she would get the internship because of her inability to answer two technical questions during the interview, so she was surprised to get a call two days after the interview with an offer. The process went so smoothly, Ms. Eltahir jokingly thought it must be a scam—she couldn’t believe it.

During the summer internship, she worked on chip design in Intel’s offices near Portland, Ore., and also connected with the other interns there. Ms. Eltahir asked her hiring manager why she was chosen after just one 25-minute phone interview, and he told her that the way she presented her answers demonstrated that she was knowledgeable in what she already learned and honest about what she had not yet learned and did not know.

Ms. Eltahir traveled to Seattle with Career Quest immediately after her internship ended in August and visited tech-focused companies with a group of GW students. The trip allowed her to make more connections and reinforced for her that she was on the right path.

Immediately after Career Quest, Ms. Eltahir received an offer from Intel for a job upon graduation as a SoC design engineer—also called a chip design engineer—that will be used in future computers and many devices that people use daily.

"It's so cool to see how your work exists in real life, but you may not know it,” she said.

Her advice to students who are job hunting is to continuously apply and keep an open mind when applying. She also encouraged going for jobs in locations out of the norm, because “you never know what’s out there, and you don’t know unless you get there.” 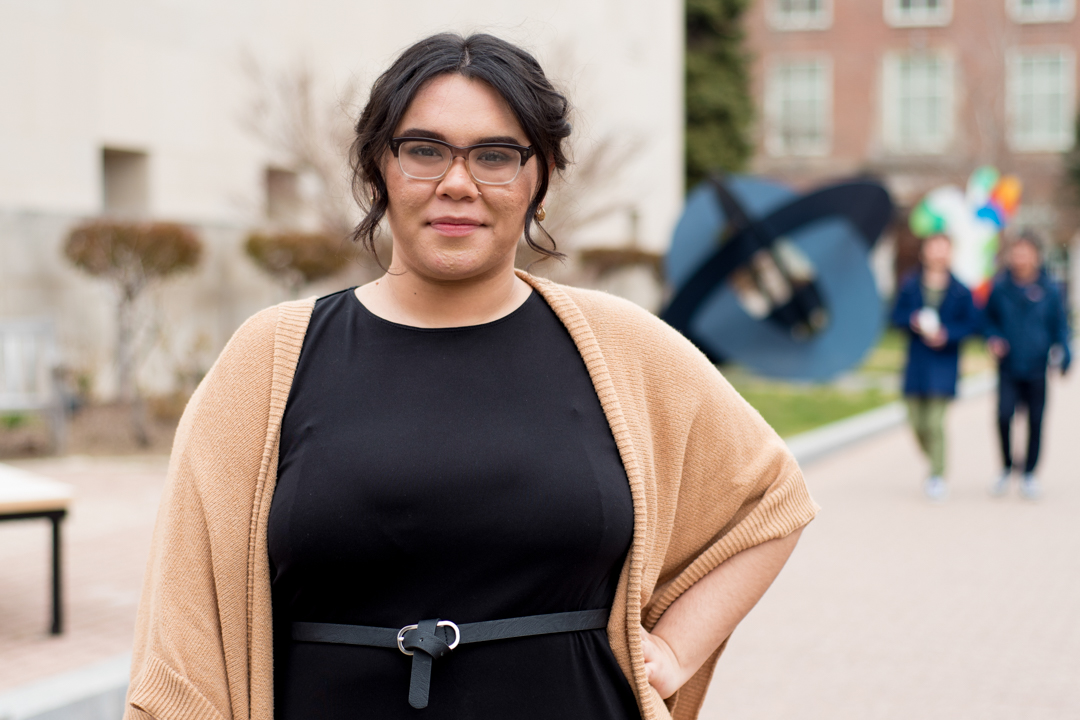 How I Got the Job: Finding an Internship Connection