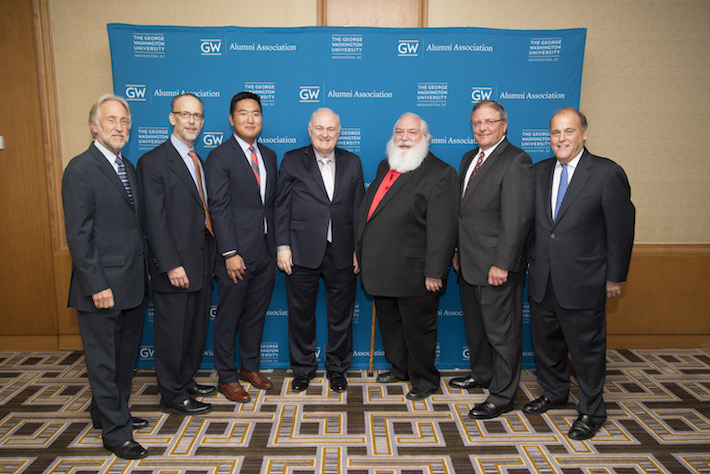 “This is an exceptionally meaningful honor because you are selected by your fellow alumni for this award,” university President Steven Knapp said in his welcoming remarks. “You’ve brought distinction to yourselves, your families and communities, as well as your alma mater.”

The awards, created in 1937, recognize GW graduates who have distinguished themselves through notable achievements in their professional and personal lives.

Mr. Burgess and Dr. Deyton both created impressive careers in public health. A retired Air Force medical officer, Mr. Burgess was the CEO of Tehachapi Valley Healthcare until his retirement in 2013 and is the former chairman of the American Academy of Medical Administrators. Dr. Deyton, the senior associate dean for clinical public health at GW’s School of Medicine and Health Sciences, has led health policy and research at several public health agencies, including the Food and Drug Administration, the Department of Veterans Affairs and the National Institutes of Health.

The other three Distinguished Alumni Achievement Award recipients all have media ties. Mr. Lopez currently serves as CEO, president and director of AMC Entertainment. Mr. Plotkin, a fervent advocate for D.C. voting rights and D.C. statehood, is a frequent contributor to the BBC and TheHill.com. Mr. Portnow, in addition to his work on the Grammy Awards, also serves as CEO of The Academy’s charitable affiliates, MusiCares and the Grammy Foundation.

Mr. Conner, who received the Recent Alumni Achievement Award (created in 2007), is vice president of politics and head of the Washington, D.C. office of Brigade, a civic engagement startup founded by Sean Parker.

“This award wasn’t something I expected,” he said. “It’s an honor to be recognized. When you look at some of the previous recipients and this year’s recipients, I think they’ve all accomplished so many things. For me that’s something to look up to.”

“I’m thrilled, and really in awe by some of the people who have been honored,” said Mr. Plotkin, who was joined by a large contingent of friends and family. “I’ve lived [in D.C.] for 50 years and GW’s been a major part of my life. I invited 80 people to this dinner. This is bar mitzvah, wedding and birthday—a great night.” 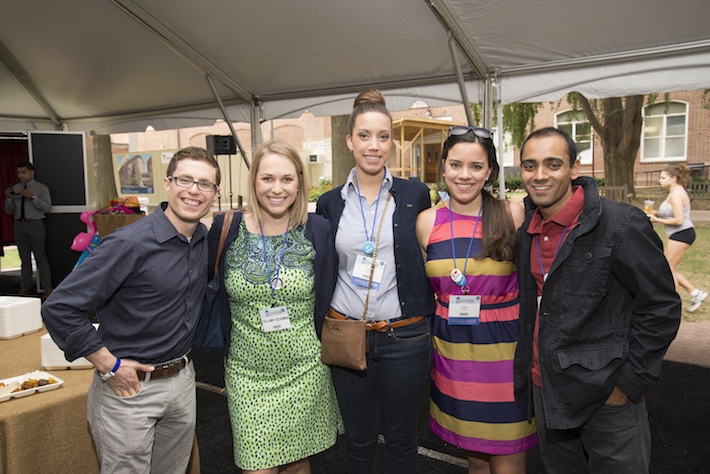 Thousands to Return for Alumni Weekend