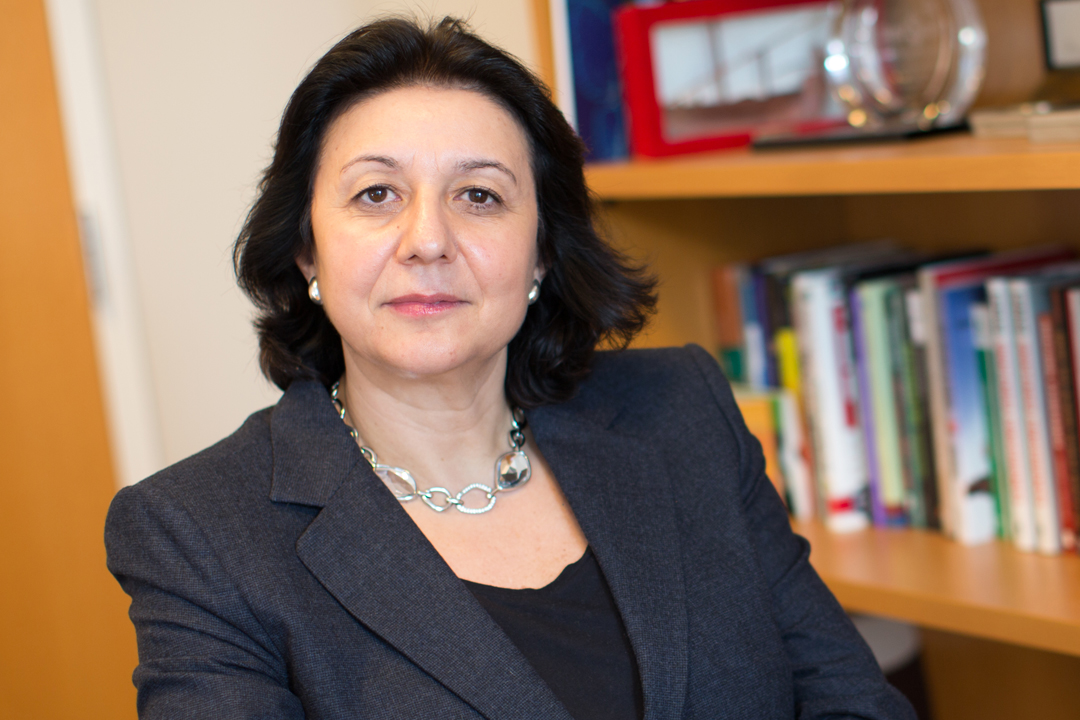 Despite differences in gross domestic product, average income, population and other factors, global economies have one thing in common, according to a survey released Wednesday by Standard & Poor’s Ratings Service (S&P):

GW and World Bank researchers analyzed the data, which was collected in 2014 via the Gallup World Poll. The survey assessed participants’ knowledge of compound interest, inflation, debt and risk diversification.

The United States ranked 14th among the countries surveyed. The data also revealed a significant gender gap, with men in the United States earning 10 percentage points higher than women on the test.

GW School of Business Denit Trust Distinguished Chair of Economics and Accountancy Annamaria Lusardi was an adviser for the research. She also serves as academic director of GFLEC.

Dr. Lusardi spoke to George Washington Today reporter Brittney Dunkins and explained why the results are cause for “alarm.”

Q: How does the survey measure financial literacy?
A: We define a person to be financially literate if she or he knows the basics of financial decision-making, including concepts such as interest compounding, inflation and risk diversification. Our research has shown that such knowledge can be linked to better financial decisions regarding saving, investing and debt management.

Q: A significant finding of the survey is that two-thirds of adults worldwide are financially illiterate. What does this mean for the global economy?
A: This is an alarming finding. Around the world, people have to make important decisions about retirement savings, personal finance management and their own business, and they have to do so facing financial markets, which are increasingly more complex. Yet, the level of financial knowledge is very low, much too low to expect individuals to make sound financial decisions.

Q: The survey also showed a significant gender gap in financial literacy. Is this divide growing wider, or will it most likely improve?
A: This is one of the striking findings in the survey. The gender difference in financial literacy is present in most if not all countries. The gender gap is present not only among the older population, but also among the young. This is a finding that we have uncovered in many of our other studies as well. Unfortunately, there is little evidence that the gap is likely to improve.

Q: What are simple ways to improve financial literacy? Can individual improvement affect the population as a whole?
A: Individuals need to invest more in financial education and financial literacy. In today's economy, this is even more important than in the past. My recommendation for college students, such as those at GW, is to take a personal finance course. We offer the “Financial Decision Making – Implications for the Consumer and the Professional” course at the GW School of Business. The financial crisis showed that the implications of bad financial decisions are negative consequences, not just for the individual but also the economy as a whole.