GW All Access: Ethan Porter of the School of Media and Public Affairs 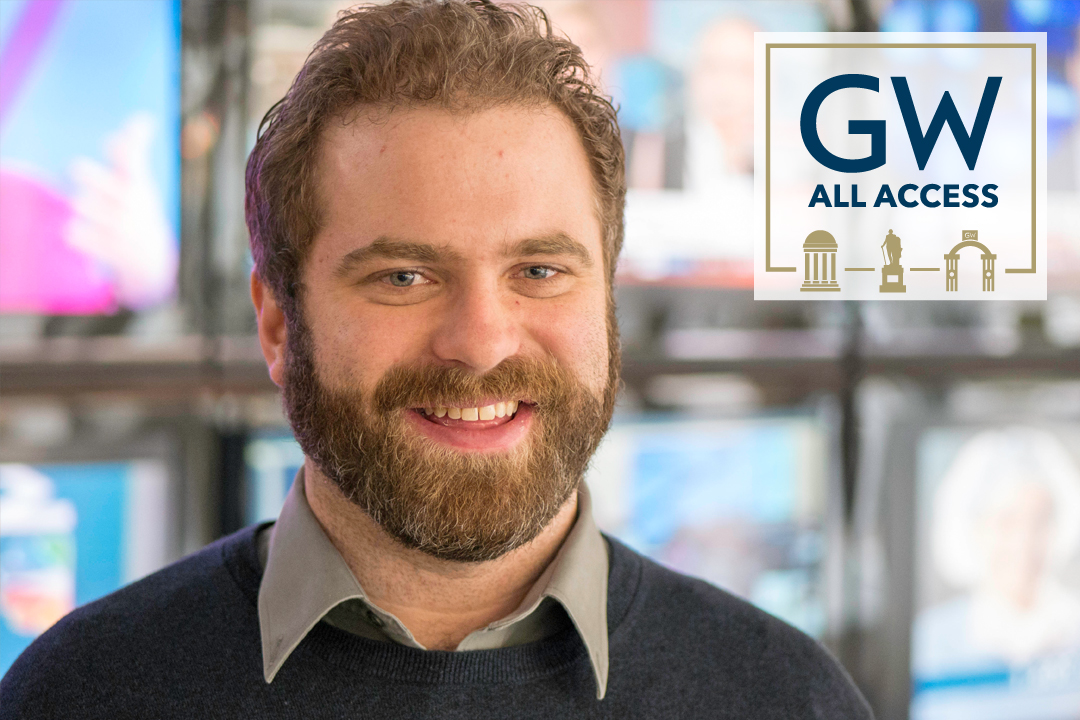 Ethan Porter recently experienced a moment of “deep satisfaction” as a teacher. A student had read a study conducted on the anti-malarial drug hydroxychloroquine as a possible treatment for COVID-19. She reached out to Dr. Porter, who had been her professor in an introduction to data course for undergraduates majoring in journalism or political communication at the George Washington University, because the study struck her as problematic. The sample size was too small, and other aspects of the methodology seemed suspicious.

“Two things happened here: One, this student went out on her own and found a scientific paper and felt competent enough to understand it,” Dr. Porter said. “And two, she could apply what she learned in the class to critique the paper and could take a position in this major public debate. I just thought that was awesome, and I was so pleased.”

Dr. Porter, an assistant professor of media and public affairs at the School of Media and Public Affairs with an appointment in the Columbian College of Arts and Sciences’ political science department, teaches the data course as well as a graduate course on strategic political communication. Besides learning how to estimate statistical models, think through statistical challenges and gather and analyze political and media data, his undergraduate students also gain fluency in a statistical programming language called R.

“It’s not putting students in the deep end, but trying to spur them to think about data critically and seriously—even if they haven’t encountered it before—in a way that will serve their careers,” Dr. Porter said.

Because the class is a data requirement in SMPA, Dr. Porter said, students need a fair amount of individualized attention—and it’s important to establish a sense of community and mutual support early. Some students may have high school statistics under their belt, but others may not be familiar with programming languages or data analysis at all.

“The course typically involves me walking around student by student and checking their code, seeing what’s going right and what’s not going so right—and that’s obviously not possible now,” Dr. Porter said.

Instead, he’s making do with screen-sharing and regular check-ins with his students. He’s doubled his available office hours.

“I made office hours virtually mandatory last semester in a way I never would or could have in person, and I think I did eventually meet with every student one on one,” Dr. Porter said. “I’m not even sure how that would work in person, given students’ schedules and everything else they have going on.”

For Dr. Porter, a major challenge is maintaining the level of rigor he’d expect from his students under normal circumstances while also leaving space and understanding for the obstacles they may be facing during the COVID-19 pandemic.

“I still have high expectations, because it wouldn’t be fair to the students if that were to change,” he said. “This pandemic will eventually end, and things will return to a semblance of normalcy, and I’ll still want them to have acquired these skills as they go about their career trajectories. But at the same time, we’re in an unprecedented pandemic with calamitous effects on people’s families and friends. You have to be understanding of people’s needs and situations.”

That makes one-on-one check-ins particularly important, he said. In the spring, for instance, one of Dr. Porter’s students was dealing with a completely locked-down house because a parent was a frontline worker. That context helped Dr. Porter provide the student with the resources he needed.

“My approach has been that you have to maintain high standards while also being extraordinarily sympathetic and flexible,” he said. “That means keeping up close contact with students and making sure they keep me up to date about the challenges they’re facing on the home front. This is one of those moments where what’s going on outside the classroom is so extraordinary that it’s going to affect the classroom environment.”

But while that porousness between the class and the world can be difficult, Dr. Porter said it goes both ways. What his students learn in his classes can also help them understand the most pressing challenges and questions outside it—like the student who was able to analyze the dubious hydroxychloroquine study.

“Now more than ever, our world is focused on people who are doing statistical analysis—like in vaccine trials,” he said. “The basic principles of vaccine trials are methods we learn about in my data course, although of course instead of applying it to vaccines we apply it to political information. And I think that’s really exciting, that they can use what they’ve gotten from the class in multiple contexts.”

In the fall, Dr. Porter’s students will have another high-profile problem to consider: the 2020 presidential election. They’ll analyze polls, voter survey data and TV ratings. They’ll track the link between media consumption and voting patterns. And watch election data roll in, live, with a new understanding of how to interpret it.

“Giving students that insight sometimes makes things feel better,” he said. “What we learn in this class, in this virtual environment, can shed light on all the craziness going on in the world.” 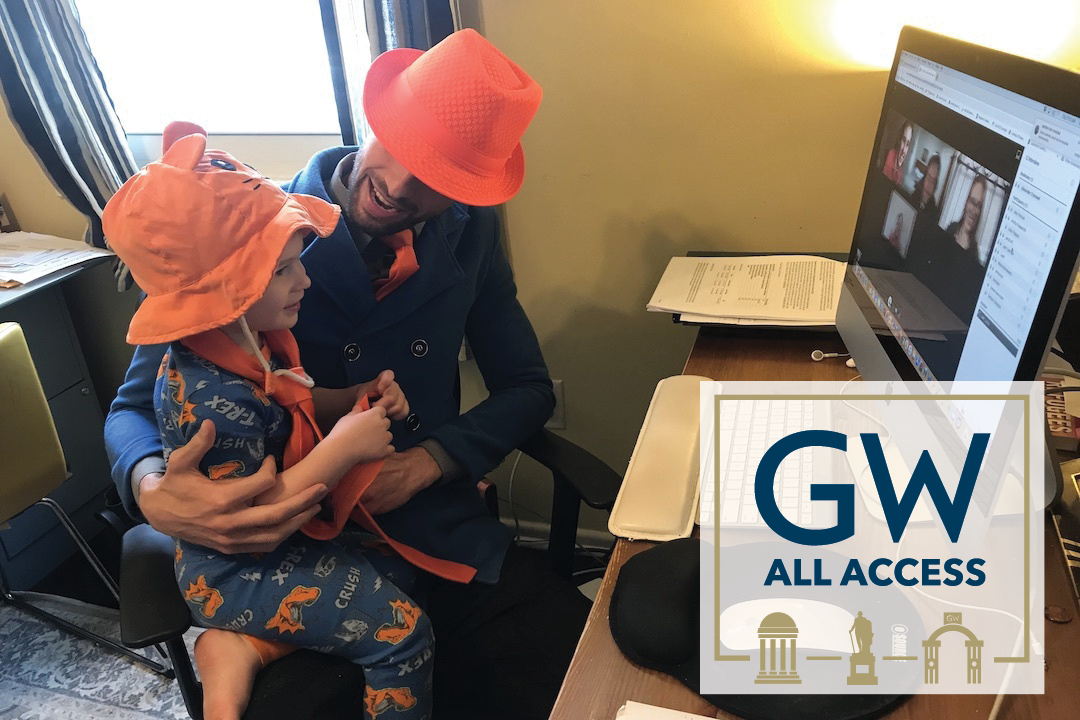 GW All Access: Alexander Cromwell of the Elliott School 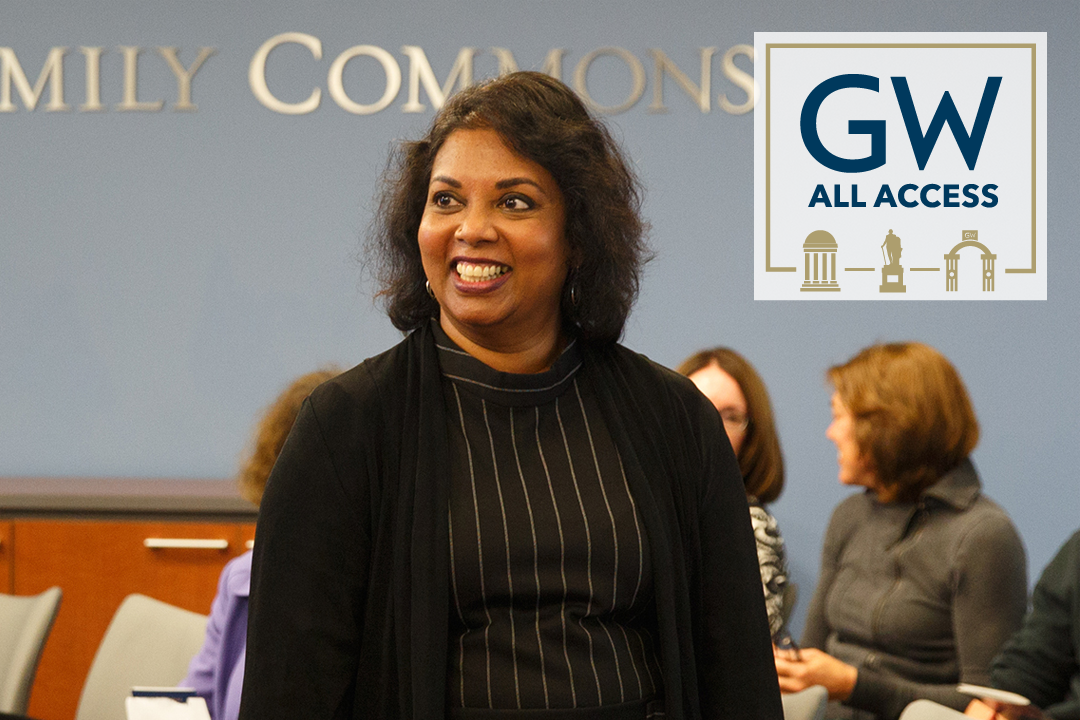