First-Generation College Students at GW Do the Heavy Lifting Together 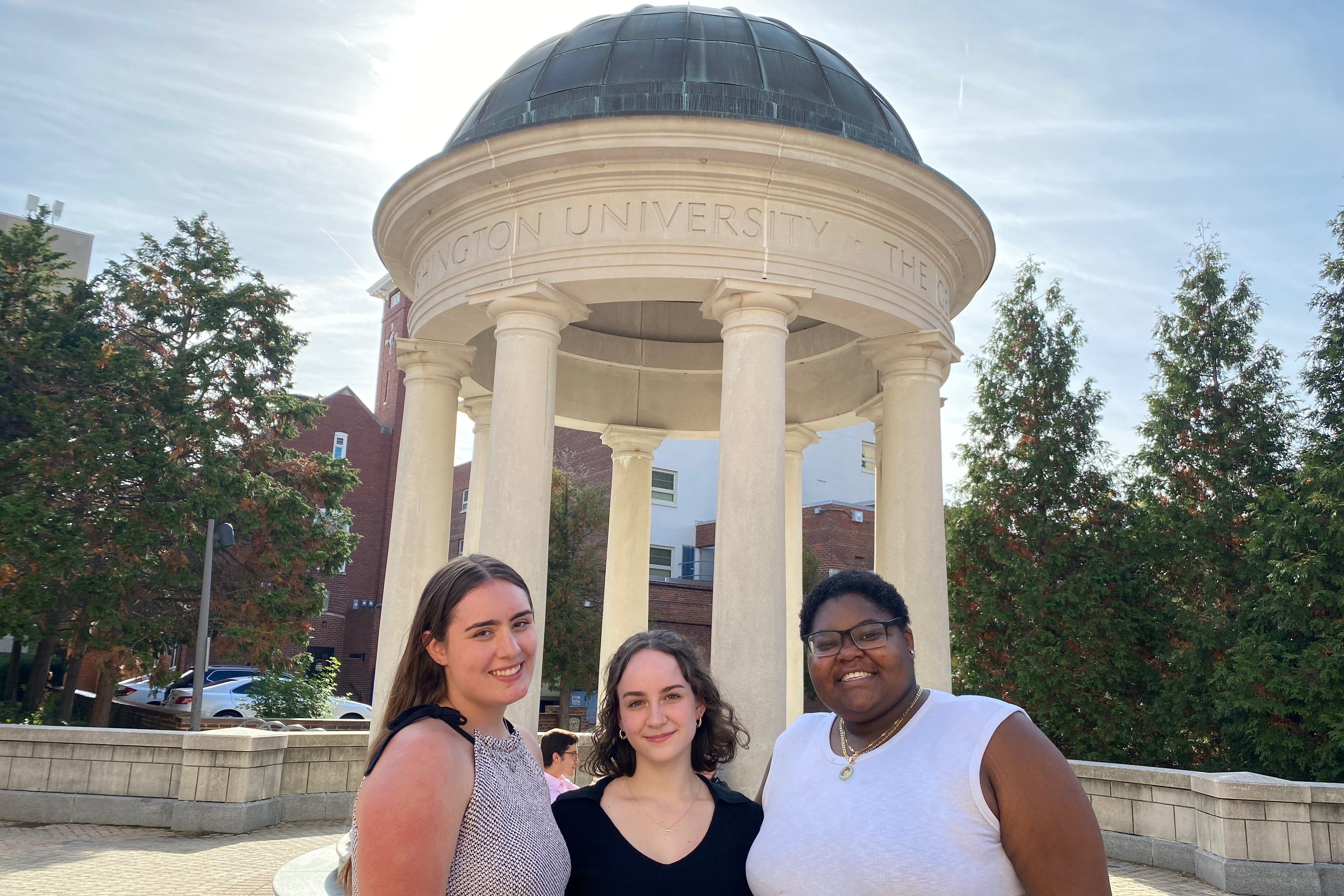 There’s no way to differentiate a first-generation student at GW when strolling through Kogan Plaza or the Mount Vernon Campus quad on a sunny afternoon. Like every one of their peers, they are in Washington, D.C., to receive an education at a world-class institution and take advantage of their surroundings to gain valuable experiences that will serve them well as they go on and contribute to society.

But as they walk through campus paths, streets and buildings, they do so with an invisible weight on their shoulders from being a family flagbearer and taking on a great deal of both pride and responsibility. Defined as students whose parents did not complete a four-year bachelor’s degree, regardless of other family member’s level of education, GW first-generation students come to campus with journeys much different than many of their peers.

Some come from single-parent households, while for others going to college was just not something that was ever discussed at home. And, according to a study published by the Brookings Institute, first-generation students tend to come from lower-income families than do non-first-gen students. This all means that the margins can be that much tighter, which can create even more pressure in an already stressful time in a person’s life.

“I think that it can take a toll on a person when your only option is to be successful,” said sophomore political communications major Addi Vander Velde, who is the director of community outreach for GW’s First Gen United (FGU) student organization.

GW celebrates its first-generation student population, which was 1,384 undergrads as of September, for their dedication and commitment during First Gen Week, a national celebration that began Monday and runs through Friday, Nov. 11. The university, especially through the Division for Student Affairs’ Office of Student Life, provides resources for these individuals so they can focus on their education and experiences as much as possible.

FGU is GW's only first-generation student organization, and it seeks to assist in three areas: acclimation, academics, and advocacy. In addition, FGU provides financial assistance with a textbook resource bank that provides free textbooks to students. The organization also has a mentorship program that supports first-year students at GW by pairing them with an upper-class mentor. Mentors and mentees meet weekly and attend events throughout the year, fostering community and friendship. The first Friday of every month, FGU has a dinner for first-generation students.

Current FGU president Evelyn Elliott, a junior international affairs major who is minoring in history with a concentration in conflict resolution, said joining FGU has helped her feel understood and made her realize some of the struggles she thought she was battling alone were not so different from others on campus. She is inspired by the heart of her fellow first-generation students and encourages any and all to join the FGU community that she said “feels like home.”

“One of our big missions is to provide community and advocacy to really bring people in during a time that can be so stressful and anxiety ridden,” Elliott said. “We try to make sure people feel supported.”

FGU vice president Jade Darling, an international affairs major, is also a first-generation American as both of her parents moved from Central America to the Boston area. While they encouraged her education, they hadn’t gone through the college application process themselves, leaving Darling to do much of it on her own. That didn’t deter her, though. She realized that for many, going to college is a forgone conclusion. After living in Massachusetts most her life, Darling also saw it as a way for her to immerse herself in an unfamiliar place, which she believes was well worth the extra work.

“I know for a lot of people, college can be a stepping stone. I saw it as a big deal,” Darling said. “Yes, it’s a lot of money, but it can also be a great opportunity to experience a new city and expand your horizons.”

While these first-generation students are the ones going through it now, their experiences can also serve as aspiration points for other family members.

“Oh, for sure,” Darling said. “My mom sees this as a great motivation for my little brother.”

While their invisible weights can feel substantial at times, first-generation students at GW also take pride in doing the heavy lifting together so their journeys to the finish line can feel that much sweeter.

Darling, Elliott and Vander Velde received University and Alumni Awards, which is a need-based grant awarded to undergraduate students who demonstrate financial need, and they also took advantage of other GW financial aid and scholarship opportunities. Learn about how GW is expanding opportunity for the next generation of leaders through Open Doors: The Centuries Initiative for Scholarships & Fellowships. 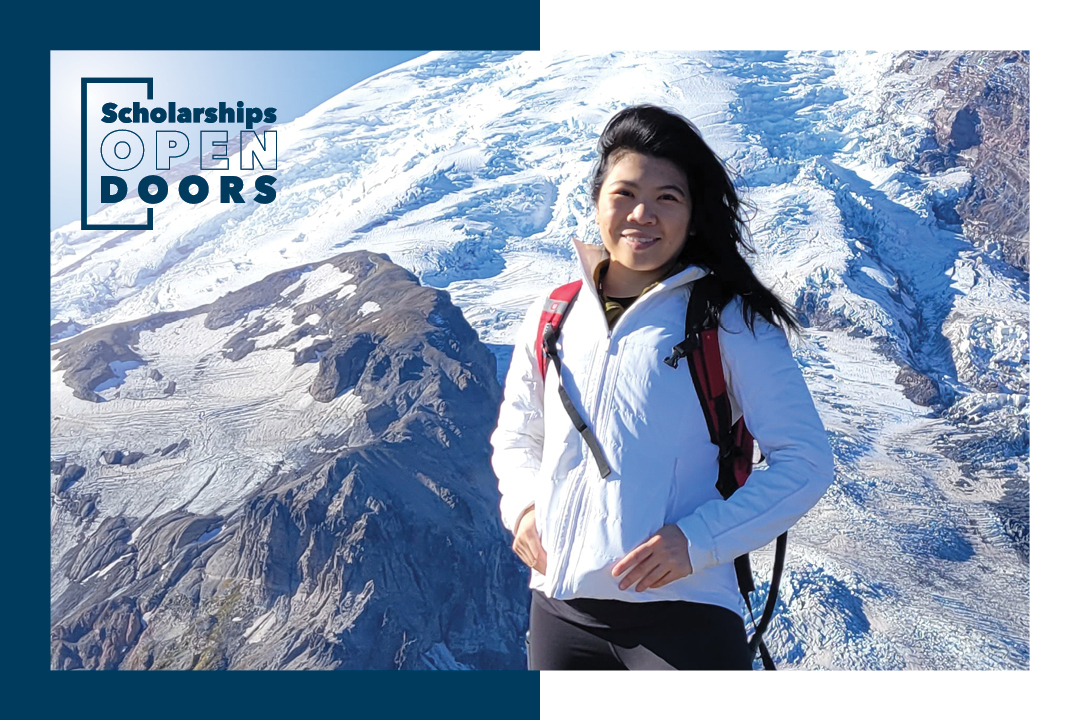 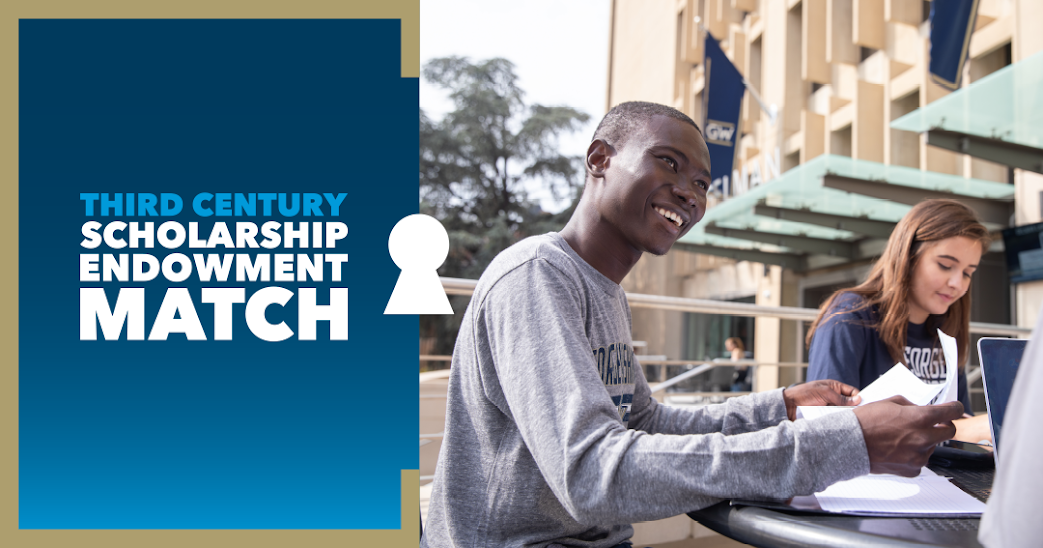