The university continues to enhance retention efforts, engaging a wide range of partners who work together to support students’ success.
December 12, 2016 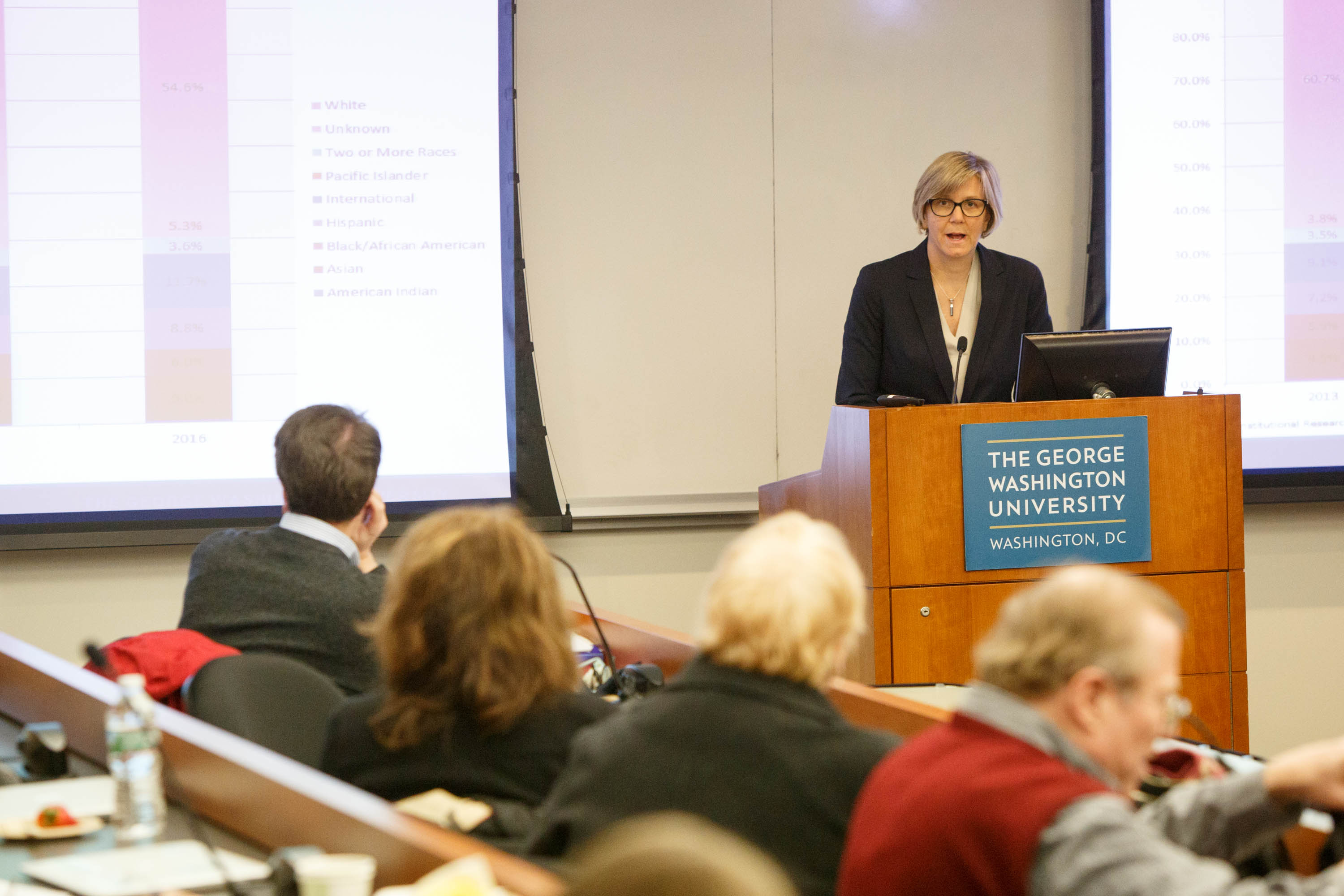 Faculty Senate members received an update Friday on the university’s recent enrollment and retention successes in addition to the opportunities and challenges moving forward.

Laurie Koehler, vice provost for enrollment management and retention, said the university saw an increase in first-year applications for spots in the class of 2020 as well as what was an anticipated decline in the number of students who enrolled at GW after being accepted, as students continue to apply to more schools and “we swing for the fences” in pursuing the most academically talented class possible.

In addition to highlighting the increasingly competitive market for undergraduates, Ms. Koehler also noted that the racial and ethnic mix of high school graduates in the United States would continue to shift toward a more diverse population, with the number of Hispanic students increasing in particular.

“These are important data points for us to know as we consider our recruitment strategies,” she said.

Given the market, Ms. Koehler emphasized, it is important for students to have good experiences, which is reflected in students' decisions to stay at GW.

To that end, the university has increased its focus on retention efforts, redirecting resources and engaging with colleagues across the university to develop new data-driven ways to support student retention.

“This is a really complex challenge and requires a true university-wide effort,” Ms. Koehler said.

Oliver Street, executive director of enrollment retention, said in his remarks that the university continues to delve deeply into data to understand why students may leave GW before they graduate.

He said engagement in and outside of the classroom, financial aid packages and seeing value in a GW education are key factors in whether a student stays at GW. Enhancing aid packages for certain populations, making sure students receive individualized advising and support and increasing opportunities such as affinity groups are all important initiatives to maintain and grow, he said.

In other Faculty Senate news: 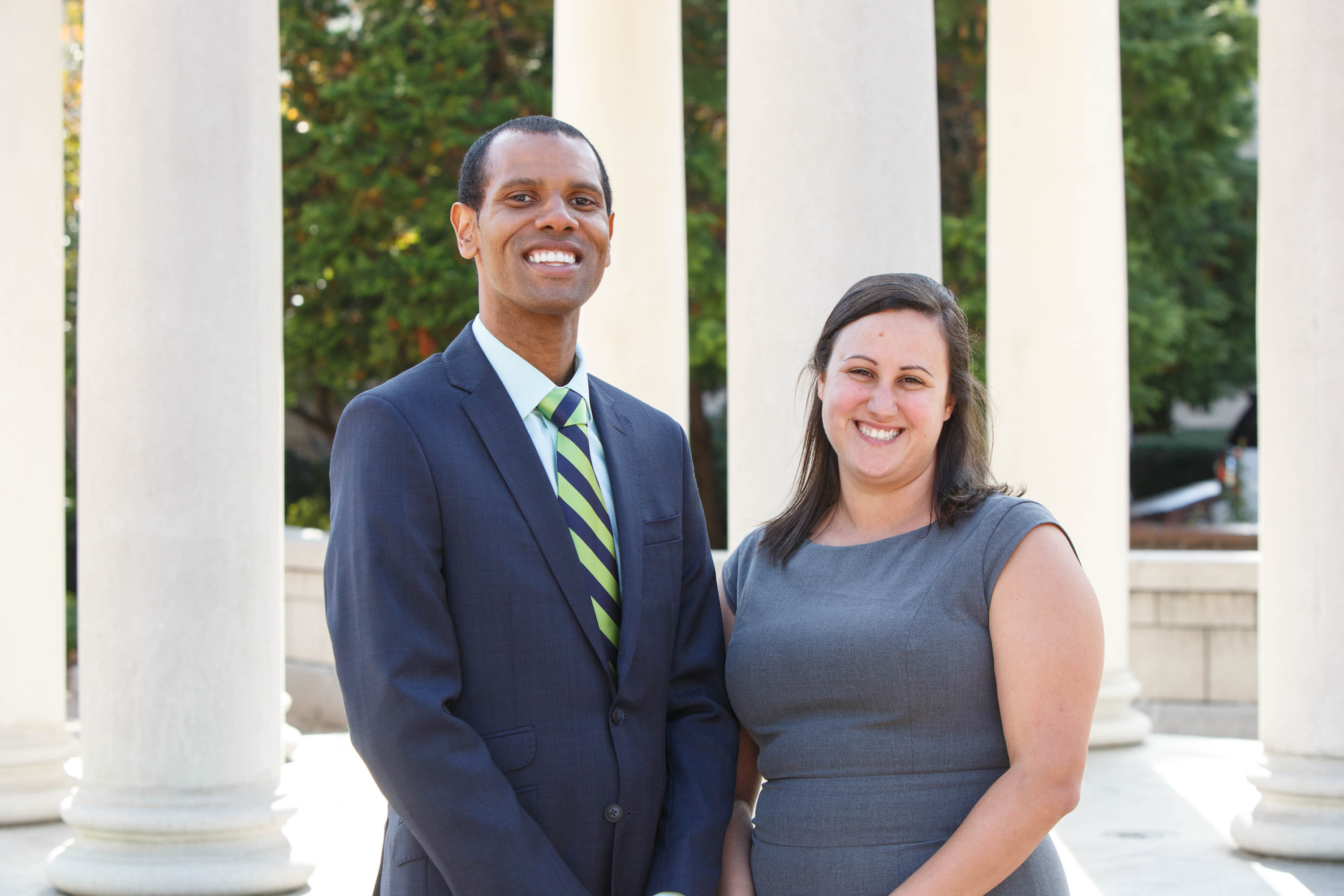 New Office to Coordinate Efforts to Improve Retention and Graduation 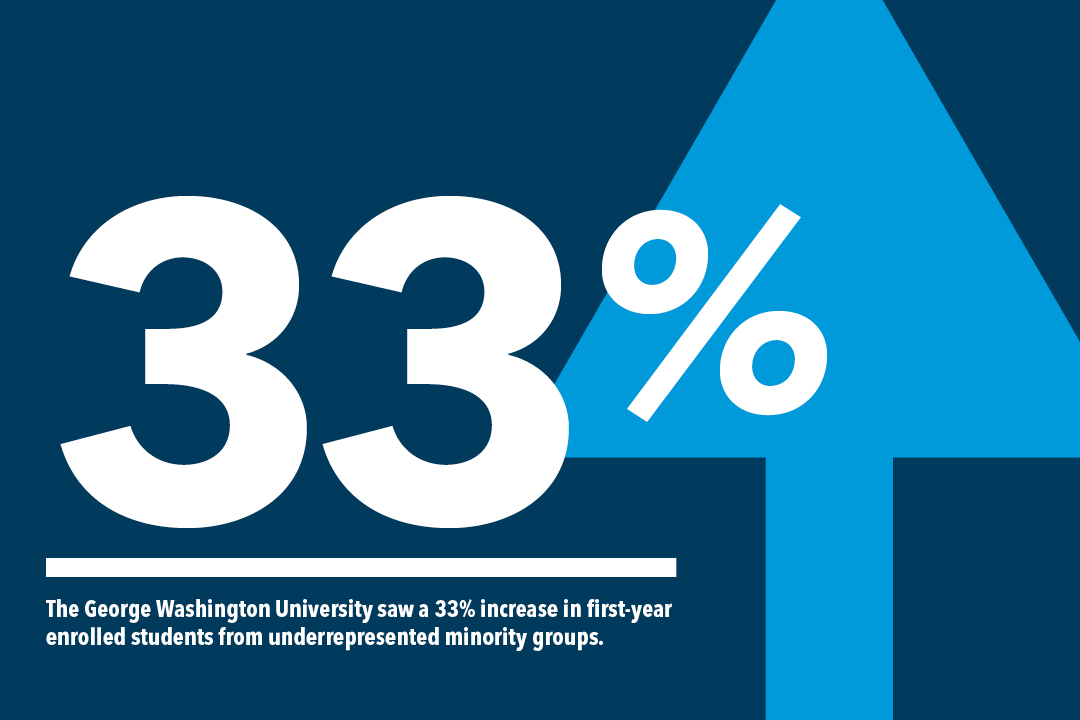