Ellen Granberg, Ph.D., to Serve as 19th President of the George Washington University

Granberg is an innovative and dynamic leader with decades of experience at research universities and a sociology scholar.
January 11, 2023 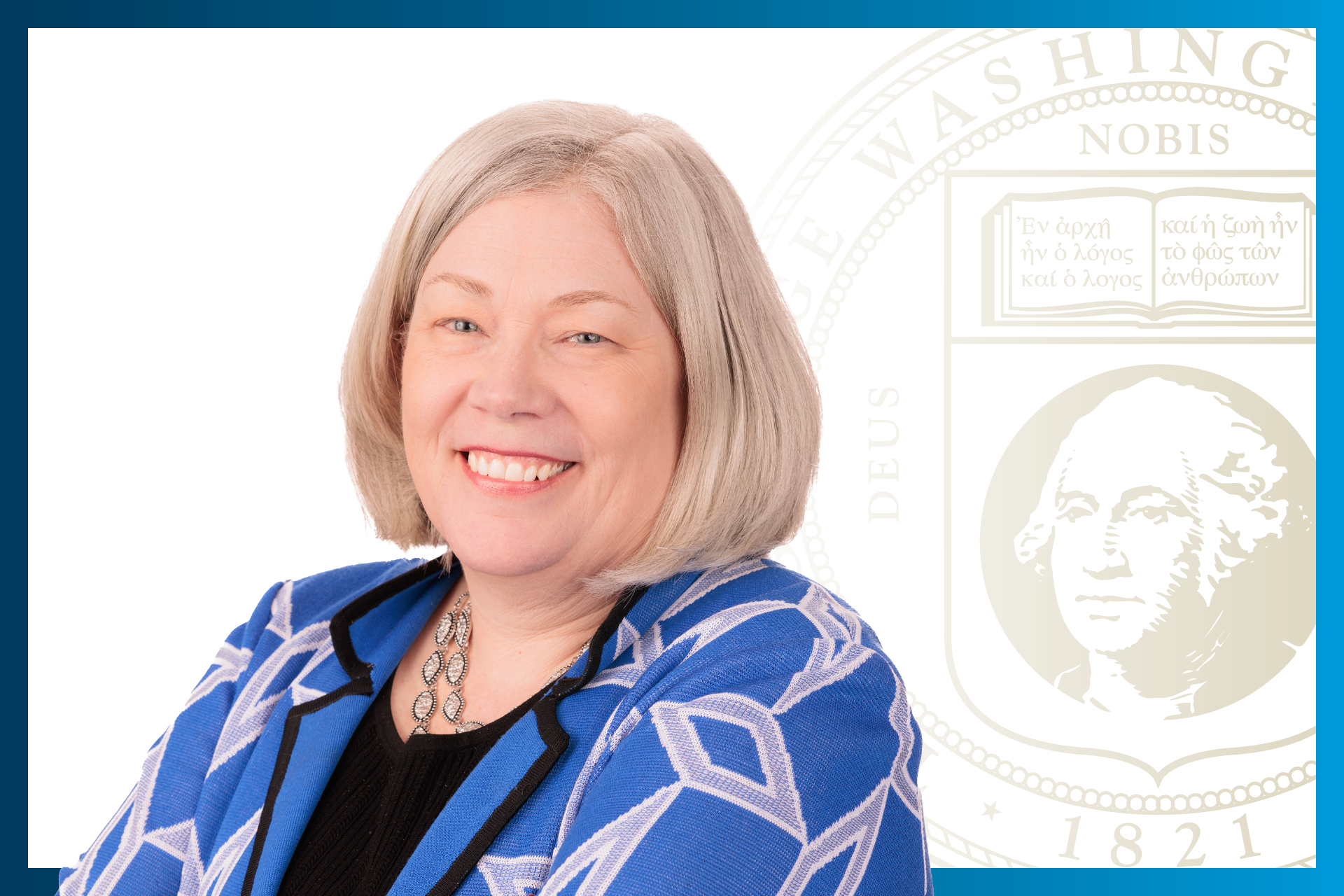 Ellen Granberg, Ph.D., a visionary higher education leader with a record of bolstering teaching and research excellence across disciplines, supporting a diverse and inclusive community of students, faculty and staff, and collaborating with all stakeholders to drive transformative change and increase institutional prominence, has been named the 19th president of the George Washington University, the Board of Trustees announced Wednesday.

Granberg, a sociology scholar who is currently provost and senior vice president for academic affairs at Rochester Institute of Technology (RIT) and was previously an academic leader at Clemson University, will become the first woman to serve as GW’s president when she takes the helm of the largest university in the nation’s capital on July 1.

“Dr. Granberg is a proven leader who will reinforce our commitment to teaching and research excellence, enhance our academic reputation and bring together all members of our community to achieve our aspirations for preeminence,” said Board of Trustees Chair Grace Speights, J.D. ’82. “We are embarking on our third century in a position of great strength.”

Granberg said it was a “great honor” to be named president.

“The George Washington University has the quality, impact and upward momentum of a world-class academic institution,” Granberg said. “I am both excited and humbled by the opportunity to serve as GW’s president. But what really draws me to GW is the incredible community of students, faculty, staff, alumni and friends. I look forward to us all learning from one another and working together to build on GW’s storied 200-year history—expanding our positive influence in the nation’s capital and around the globe.”

Among her most significant accomplishments, she has:

The board’s decision to elect Granberg was informed by the work of the Presidential Search Committee—which comprised 17 members representing trustees, students, faculty, staff and alumni—and consultation with the Faculty Consultative Committee and the Faculty Senate Executive Committee.

“We were fortunate to recruit a highly talented and diverse pool of candidates to consider during the presidential search,” said Trustee and Chair of the Presidential Search Committee Roslyn M. Brock, M.S. ’89. “President-Elect Granberg demonstrated keen higher education knowledge, authentic and strategic leadership, and appreciation for the historic role of GW in producing global leaders. Our committee enthusiastically endorses the board’s decision. We are thankful for the active participation of university and community stakeholders through this successful process.”

An accomplished researcher and faculty advocate

A nationally recognized scholar in the sociology of self, identity and mental health, Granberg is a widely published researcher who has served as principal or co-principal investigator for millions of dollars in grants and contracts and as an expert on various councils and associations, including the American Sociological Association and Association of Chief Academic Officers.

Early in her career, Granberg rose quickly through the ranks of academia at Clemson—a top public university recognized by the Carnegie Classification of Institutions of Higher Education for its “very high research activity”—beginning as a sociology professor and serving as department chair, associate provost for faculty affairs and senior associate provost. In 2018, she became provost at RIT, a private world-leading technological institution, and led its academic enterprise through the pandemic. Her wide-ranging background has equipped her to find unique intersections in teaching and research among the humanities, STEM and data fields.

Both as a faculty member and administrator, Granberg has led many efforts in partnership with faculty through cooperative shared governance—such as strategic planning—and she has supported faculty through enhanced tenure and promotion processes, increased faculty lines, and investments in faculty research, scholarship and recognition, among many other initiatives.

“Dr. Granberg is an incredibly accomplished individual who understands the role of the faculty,” said James Tielsch, vice chair of the Presidential Search Committee, professor and chair of the Department of Global Health, and chair of the Faculty Senate Executive Committee. “Her record of academic leadership at premier research institutions shows her priority of growing the impact of all disciplines, and she clearly communicated the importance of working together to advance GW.”

A promoter of student, staff success and collaborative stakeholder engagement

“I am gratified by the selection of Dr. Granberg as our university’s next president,” said Student Association President Christian Zidouemba. “I believe she will be a proponent of inclusion and someone who listens, meets students where they are and addresses issues that are important to us.”

Developing a positive staff environment and engaging with the university’s many constituencies on and off campus also has been a priority throughout Granberg’s career, including by listening, communicating transparently and forging relationships with government and community partners, friends and alumni. Granberg also has partnered closely with philanthropy colleagues to directly generate millions of dollars to fund academic priorities, including endowed chairs.

“Dr. Granberg is a dynamic university leader who will strengthen our university’s excellence,” said Will Alexander, B.S. ’04, M.B.A. ’06, GW Alumni Association president. “She will inspire and motivate our community to reimagine what’s possible as we work together to solidify our university’s future and ensure access to subsequent generations of scholars.”

Granberg succeeds President Mark S. Wrighton, who had agreed to serve as president beginning in January 2022 for up to 18 months to allow the university to conduct a comprehensive search for its next leader. Wrighton will step down at the end of June 2023.

“I am very impressed by Dr. Granberg’s collaborative academic leadership,” Wrighton said. “That we have been able to recruit such a skilled leader as President-Elect Granberg is a testament both to the work of our community and our potential for even greater prominence in the future. I look forward to assisting in a smooth transition to Dr. Granberg’s presidency.”

Speights on Wednesday also shared the Board of Trustees’ appreciation for Wrighton’s service.

“President Wrighton has led our university with great distinction,” Speights said. “On behalf of the board and entire university community, I thank him for his outstanding service and continued extraordinary leadership through this transition.”

Granberg received a B.A. in history from the University of California, Davis, and M.A. and Ph.D. in sociology from Vanderbilt University. She completed her postdoctoral research in family and community health at the University of Georgia.

Granberg said she looks forward to meeting many more members of the university community soon. She and her wife, Sonya Rankin, plan to take up residence on the Foggy Bottom campus in the F Street House.

The Board of Trustees launched the presidential search in May 2022. Led by a Presidential Search Committee with broad stakeholder representation, a Faculty Consultative Committee, the Faculty Senate Executive Committee and a team from Education Executives assisted in the search. Throughout the process, the search committee provided multiple opportunities for community input, which shaped the presidential profile and contributed to Granberg’s successful appointment. 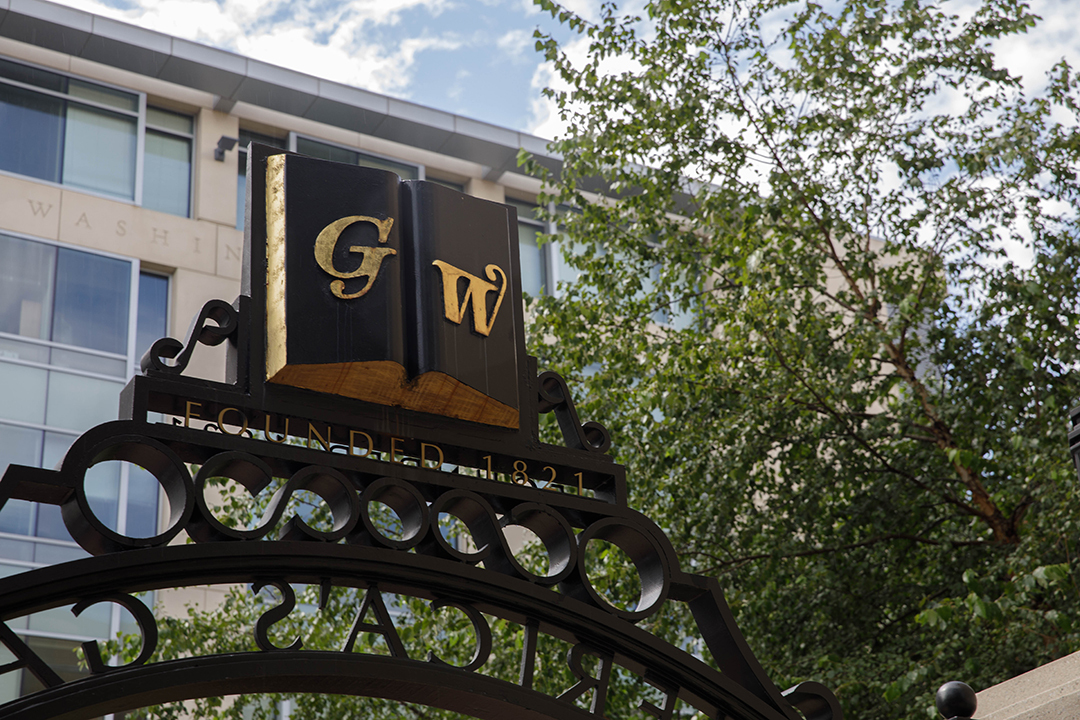