On its 10th anniversary, GW Nursing looks back over its accomplishments and ahead at its future.
April 12, 2021 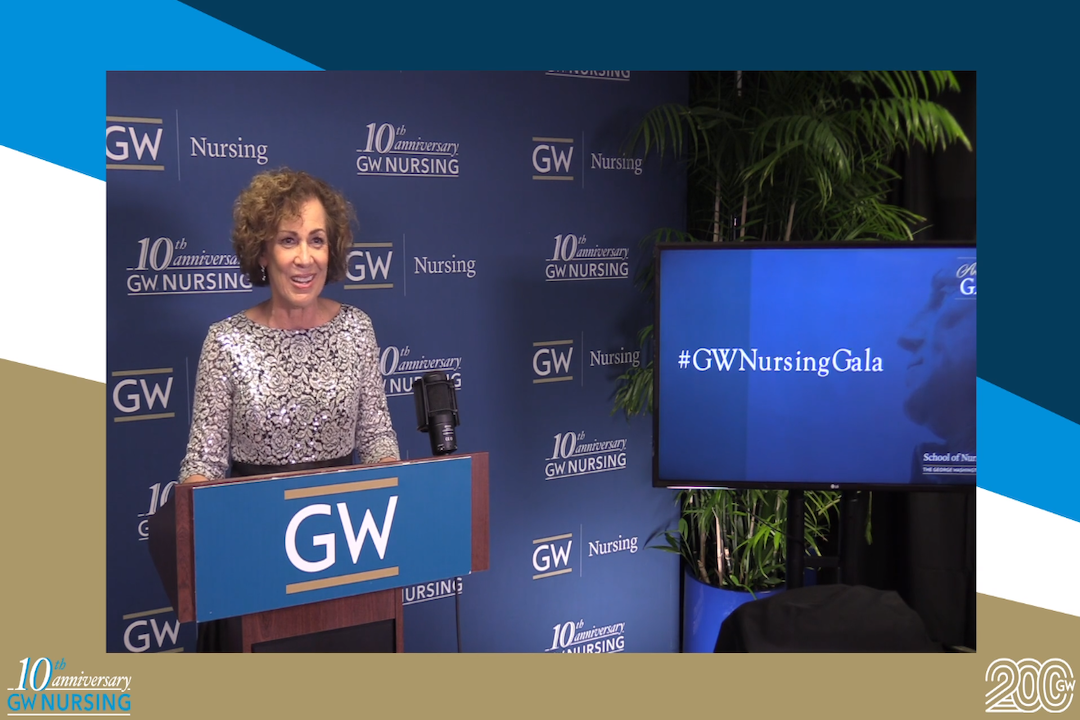 In the 10 years since George Washington University’s School of Nursing became a separate school, it has created fully accredited degree programs, more than doubled its enrollment and been recognized by U.S. News & World Report among the top 25 nursing programs in the United States.

GW Nursing held a gala Saturday evening to celebrate its 10 years of existence replete with guest speakers, swag boxes and gourmet meals delivered to the virtual attendees. A silent auction and an online fundraiser to which many people contributed, including $50,000 from an anonymous donor, raised $156,000 for student scholarships.

GW President Thomas LeBlanc congratulated faculty, staff, alumni, donors and friends of GW Nursing who contributed to the success of the school over the past decade.

“Together you have built a top school of nursing underpinned by high quality education, patient care and research. And along the way you have had and continue to have a positive impact on countless individuals in our region, across the country and around the world,” he said. “This impact has been especially apparent during this past year as we have managed the challenges of the pandemic.”

The school of nursing was officially charted in March 2010, when it became the 10th school at GW. The 10-year anniversary celebration was delayed until this year because of the COVID-19 pandemic.

“Our values and mission rest on their backs, and they have delivered day after day in the classroom, in clinical settings, in professional organizations, in our communities and for our university,” she said.

In highlighting faculty achievements, Dr. Jeffries mentioned GW Nursing faculty have been recipients of the GW Bender Teaching award for the past five years, sit on the boards of directors of national and international organizations, hold numerous prestigious fellowships and are recipients of grants from the nation’s top institutions, including the National Institutes of Health, the Health Resources and Service Administration and the Robert Wood Johnson Foundation, among others.

During the pandemic, Dr. Jeffries pointed out, a school of nursing team, led by Karen Drenkard, associate dean for clinical practice and community engagement, started a COVID-19 testing center that has served as a model approach for the commonwealth of Virginia.

“The excellence shines through,” she said. “It has taken some schools of nursing over a hundred years to assemble this level of talent. We have done it in just a decade, 10 years.

“When the pandemic hit, unlike many other colleges and universities, the GW School of Nursing Office of Online Learning and Instructional Technology was already in place,” Dr. Jeffries said, “and quickly pivoted to a completely virtual learning environment.”

Over the past five years, additions to GW Nursing also included, a new Ph.D. program in nursing; a ventures, initiatives and partnerships (VIP) program to support professional development of the faculty and provide alternative revenue streams for the school; a Center for Health Policy and Media Engagement to prepare nursing policy leaders and to facilitate nursing’s voice in the region, nationally and globally; a nurse practitioner program in psychiatric and mental health care; and a state-of-the art simulation center for professional development and practice.

As student enrollment increased, GW Nursing has increased financial aid, and student services and resources, including a writing program and collaborative relationships with hospitals and health care providers in the Washington, D.C., region, such as GW Hospital, MedStar and Inova. A new senior leadership role, an assistant dean for diversity, equity and inclusion, also was created.

In addition to members of the GW Board of Trustees, many founding members of the School of Nursing joined the celebration. Among them was founding Dean and Emerita Professor Jean Johnson. She was introduced by Dr. Jeffries as a friend who developed multiple programs at the school. Dr. Johnson was awarded the GW Jane Lingo Alumni Outstanding Achievement Award for service to the university.

Shortly before Dr. Jeffries began the online fundraiser, Katherine “Kat” Liwanag, a GW Nursing student who graduates in May and will begin work in Inova-Fairfax Hospital Critical Care Unit, thanked the school for scholarships that made her career in nursing possible. She urged gala attendees to contribute. “[The scholarships] instill a sense of belonging to the profession, motivate you to continue giving your best and boosts your self-confidence,” she said. 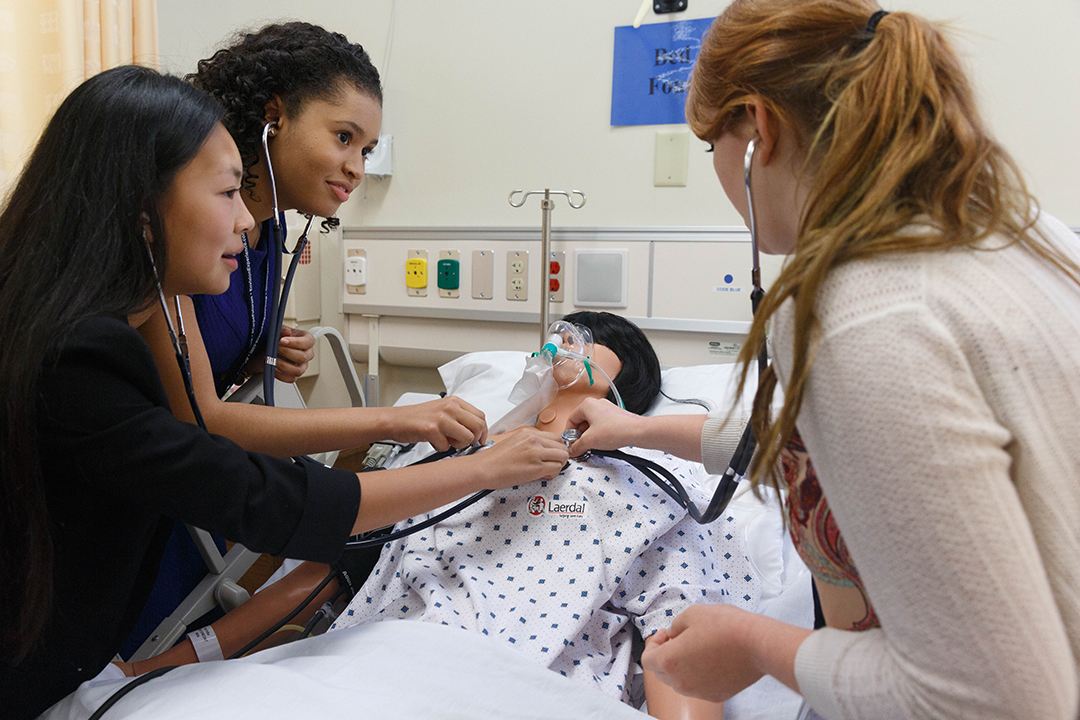