Led by alumna Emily Zhang, a GW team is fighting stigmas of children with incarcerated parents through literature.
August 22, 2022 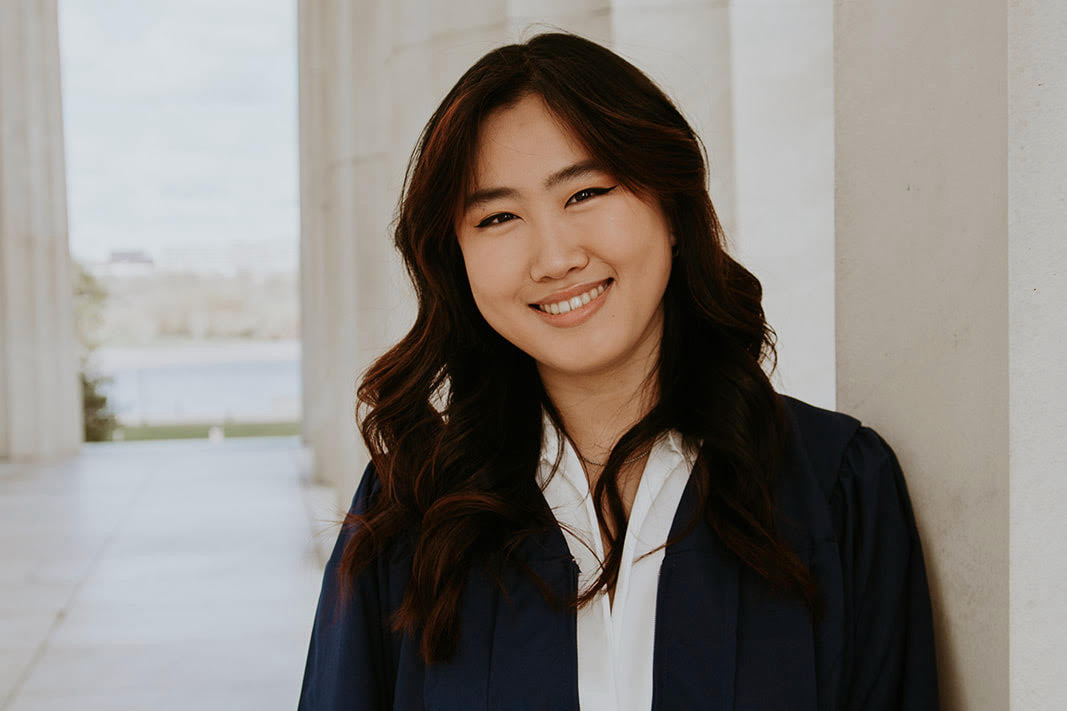 Words can hurt, and GW alumna Emily Zhang, B.A. ’22, believes children with incarcerated parents have been weaponized by tilted language, feeling that a jail or prison sentence too often leads to a character sentencing of the person incarcerated as well as their family members.

Zhang went as far as to say the misinformation and stereotypes about children with incarcerated parents, with roughly 10,000 of those kids in Washington, D.C., alone, is at crisis level in the United States.

“It’s like an epidemic in this country,” Zhang said.

But words can also heal, and Zhang and her team of current GW students Mariama Diallo, Alexis Pantoja and Nicole Loonstyn, along with faculty adviser and Assistant Professor of Sociology Fran Buntman, are on a mission to change the narrative.

To do this, they are turning to bibliotherapy by promoting healing through literature via children’s books that address themes of parental incarceration. Their project, Building Bonds Through Books, is part of the UWC Davis Foundation Projects for Peace program, which includes a $10,000 grant Zhang won that is given to undergrads with ideas designed to reduce conflict.

Partnering with Free Minds Book Club and Writing Workshop, a D.C.-based nonprofit that uses literary arts, workforce development and violence prevention to help incarcerated or formerly incarcerated youth or adults find their voice, the project seeks to expand support for children with incarcerated parents and their families, enhance their coping skills despite trauma and stigma, promote community empathy and raise awareness for what Zhang said is a forgotten community.

The group, with the help of Free Minds, selected three children’s books pertaining to parental incarceration that can help bridge the gap and ease the pain of missing a parent, in addition to creating a more general understanding of the situation. Parents can also request the books for themselves or their children and use it as a resource to explain why they are away or if they feel disconnected.

“This project is a way to foster communication and increase understanding,” Zhang said.

Building Bonds Through Books blossomed from Zhang’s final research assignment in Buntman’s Sociology of Law class in spring 2020, where she wrote a memo as if she worked for a nonprofit trying to solve a socio-legal issue. Zhang found while researching general re-entry and recidivism that the issues faced by children of incarcerated parents tended to be neglected.

In the two-and-a-half years since, she and Buntman have grown the final assignment into a concrete form of action and have gotten a pair of grants through the Honey W. Nashman Center for Civic Engagement Public Service—the Projects for Peace and the Public Service Grant Commission.

Through this research, they have noted several reasons why stigmas against children with incarcerated parents exist. First and foremost, it’s important to understand just how many people are incarcerated in the United States. In 1980, just as the government-led “war on drugs” was taking shape, 310 people per 100,000 were imprisoned. Today, it is 810, with it being as high as 1,000 in 2008. According to the Pew Research Center, the United States incarcerates a larger scale of its population than any other country.

In D.C., people serve their prison terms for felony convictions all over the country, which makes it difficult for inmates and their families to maintain relationships. Because of that, children may be more likely to have negative interactions with the criminal justice system themselves, and Buntman and Zhang both believe there is a lack of resources for children in the country who don’t have parents or powerful figures advocating for them.

“I think there are huge misconceptions that everyone who has ever gone to prison is a horrible person who wanted to leave their child and family, which is superbly incorrect,” Zhang said. “It might have been a bad situation why they are or were in prison, but most are still loving parents.”

That’s partly why Zhang felt it was so important to include parents in this project, and she always feels touched reading parents’ letters from prison asking to be connected to the program because they want to better their relationships with their children.

Buntman, who noted how rewarding it’s been to see a student take a classroom project and turn into a community contribution, suggested a lack of awareness because people are just uncomfortable about the situation.

The team members of Building Bonds Through Books are some of those individuals moving the needle forward. They have plans to translate books into Spanish since the prison population has a disproportionate amount of people with Latinx heritage. They will continue to tweak language to be more inclusive—they have redefined family after realizing some guardian relationships aren’t blood related, for example. They may possibly expand their operations past the D.C. area.

One of Zhang’s top takeaways from these past two-plus years has been the lack of success stories reported on children with incarcerated parents. By introducing stories to connect people fighting those stigmas, she is hoping to rewrite the script in what has become her and her team’s own success story.

“This is impacting real people with real lives and people whose lives have been drastically changed, and it didn’t really hit me until I was reading people's hand-written letters to me,” Zhang said. “I feel like at the end of the day, we are doing these people a service, and that’s amazing.” 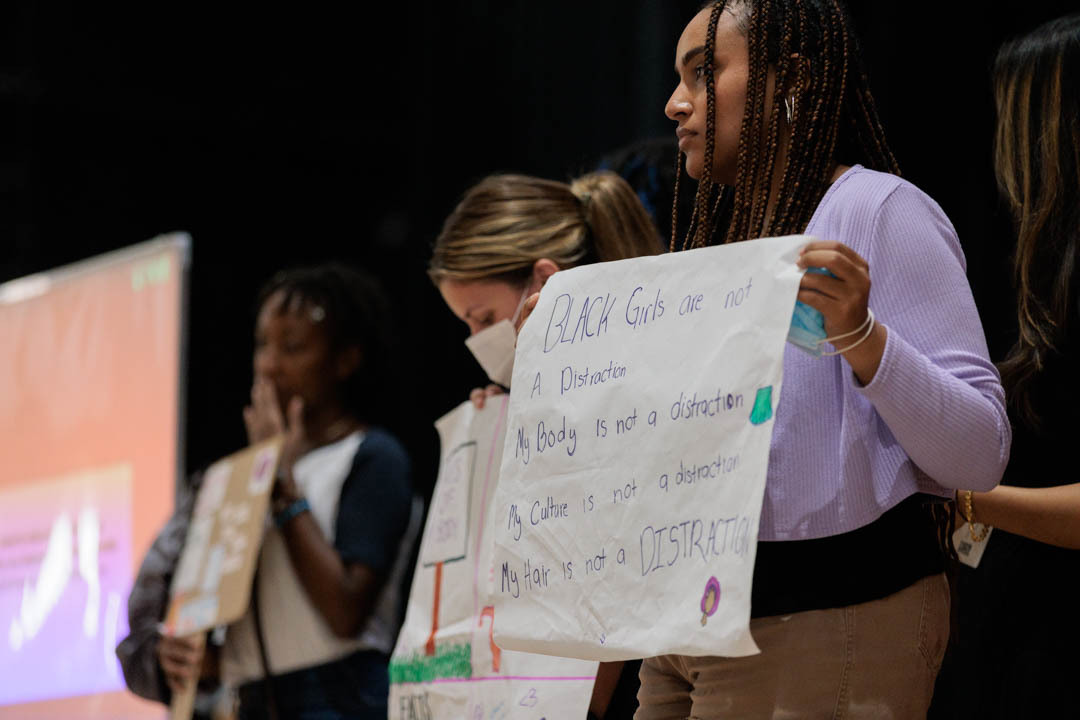