Who Has ‘A Right to the City?’ 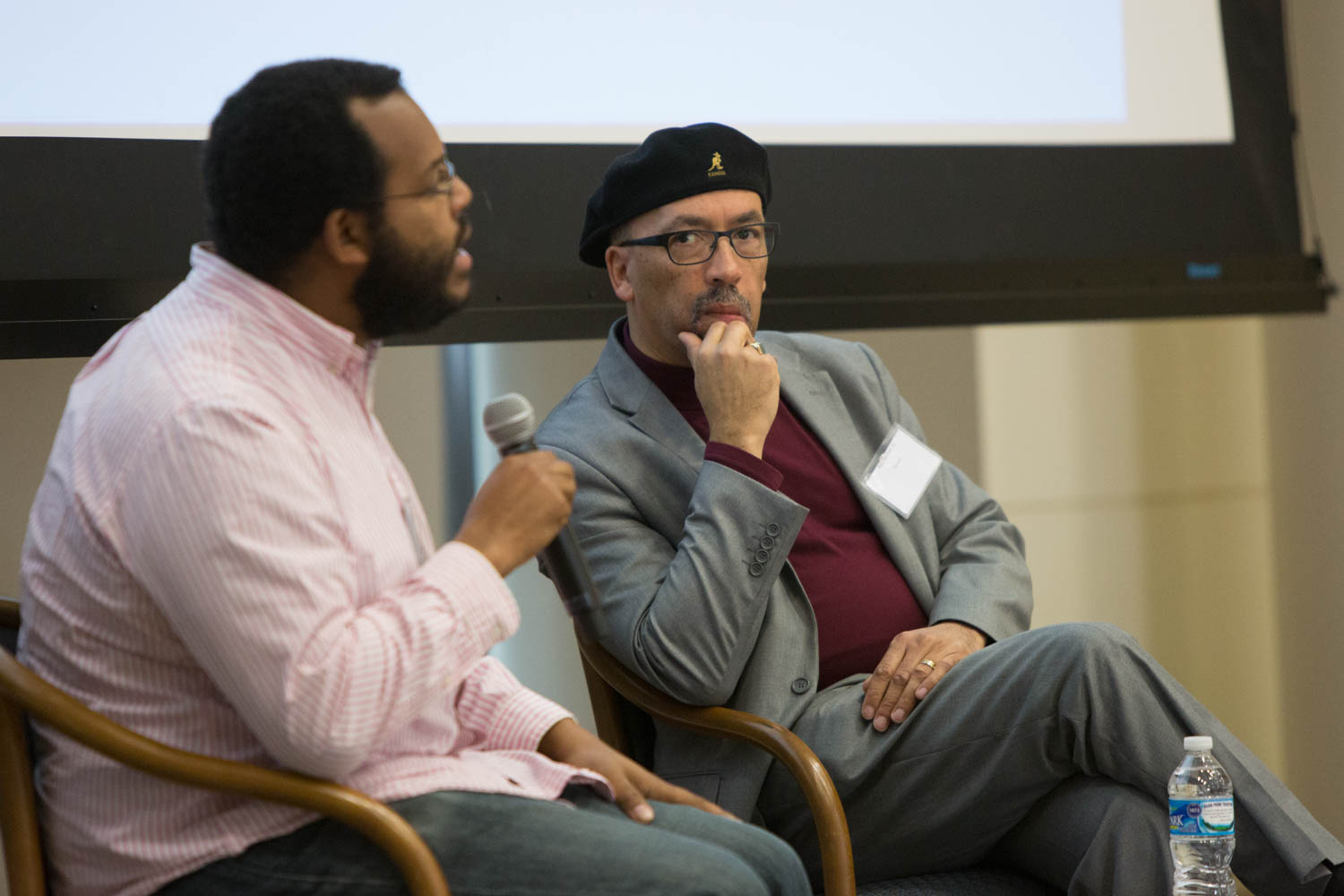 Vanessa Perry is a Washington, D.C., native and a graduate of the District’s public schools. But the city where she now works as interim vice provost for diversity and inclusion at the George Washington University has changed from the one in which she grew up.

“This city has become unrecognizable and unaffordable,” she told an audience at the third annual Equitable Development Conference on Tuesday.

The conference’s theme, “A Moment or a Movement?: Why Black Lives Matter on the Path to Equitable Development in Washington, D.C.,” addressed some of the changes Dr. Perry has observed, including accelerated income inequality, gentrification, the exponentially higher cost of urban living in recent decades and the resulting displacement of lower-income—and particularly black—residents out of the city into suburbs like Prince George’s County.

Co-sponsored by the Honey W. Nashman Center for Civic Engagement and Public Service and by ONEDC, the conference brought together activists, academics and community members to discuss the future of economic and racial equity as D.C. continues to develop.

Keynote speaker Bill Fletcher Jr., a longtime labor and community activist, helped situate urban inequity in its historical context. In a discussion with D.C. activist Eugene Puryear, Mr. Fletcher sketched the history of “white flight” out of urban areas after World War II, the simultaneous migration of minority populations into those areas and the subsequent marginalization of those urban minority populations.

Once, Mr. Fletcher said, immigrants to the United States would migrate to cities and then move out after a few generations. But now, he continued, while immigrants are still moving into urban areas, these are frequently places without political or financial power—what he called “dead cities,” citing Camden, N.J., and East St. Louis, Ill. as examples.

“[Dead cities] have theoretical political autonomy, but they’ve lost, in many cases, their tax base,” Mr. Fletcher explained. “They have very little to go on, so they become sites to house populations who are either not needed at all or needed only temporarily.”

“‘A right to the city’ summarizes the banner under which we should be marching,” he said. “Under that banner, fundamentally, this has to be a working class movement to defend the ability of working class people to remain in and flourish in cities. It needs to be a movement against gentrification and the racial cleansing of cities.”

In the afternoon, attendees divided into groups and traveled to four “study tour” sites for a firsthand look at urban development in D.C. In Northwest’s historic Shaw neighborhood, participants saw examples of resident-led resistance to displacement like the Kelsey Gardens agreement. In Congress Heights, the tour focused on transportation policy and tenant organizing. In Anacostia, a group visited the Black Workers Center to learn about grassroots organizing in one of the city’s most underserved areas. In Logan Circle, a fourth group toured the Norwood housing cooperative at 14th and N streets NW, where residents and organizers explained the co-op’s economic structure and how it might serve as a model for sustainable, affordable housing.

And such a model is necessary, as Mr. Fletcher stressed in his keynote, because no successful movement for urban housing equity can be “purely defensive.”

“If we’re not advancing the way cities sustain themselves, we will lose,” he said.