Is War with China Inevitable?

Panelists at the George Washington University said it is not, but concerns about the two countries’ disintegrating relationship remain.
October 24, 2018 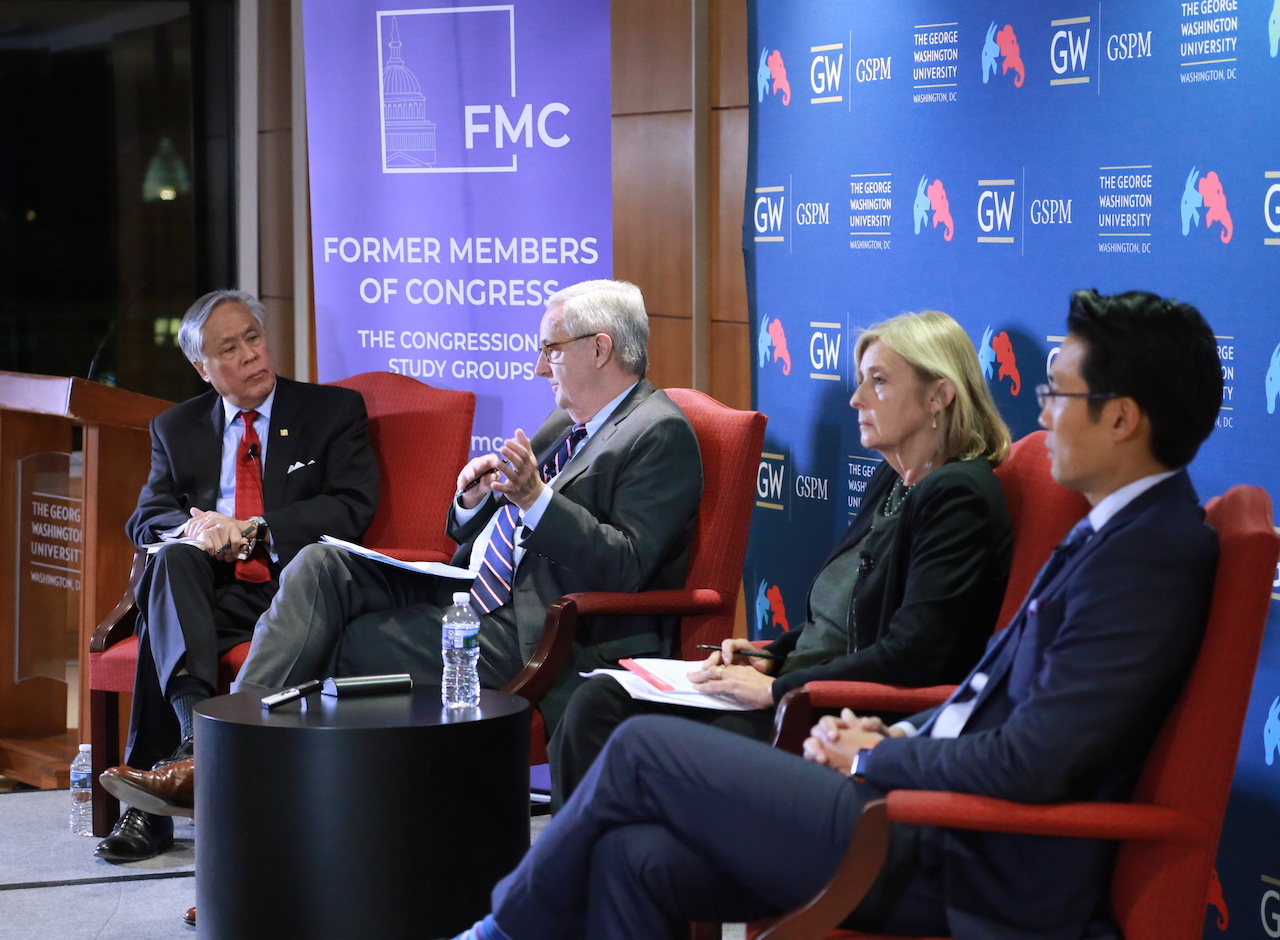 From President Donald Trump’s trade war to concerns about information security, relations between the United States and China are the most frayed they’ve been in decades, experts said Monday at the George Washington University.

Fortunately, there are still paths forward that do not end in destructive conflict, according to panelists at “U.S.-China Relations and the Thucydides Trap: How Rising Powers and Established Powers Relate.”

China is establishing itself as a major global economic power with a national GDP expected to exceed the United States within the next few decades. Historically, when a rising power starts to wield as much clout as an established one, conflict is an inevitable result. Scholar Graham Allison dubbed this phenomenon “the Thucydides trap” in reference to the Greek philosopher who observed that ancient Greece’s Peloponnesian Wars were unavoidable once the rise of Athens undermined the established power of Sparta.

“We’re hoping that’s not the inevitable result this time,” said former U.S. Rep. Dan Maffei (D-N.Y.), who is also a professor of practice at the GW Graduate School of Political Management for the 2018-2019 academic year. The discussion was co-sponsored by the U.S. Association of Former Members of Congress, GSPM and Chinese-American leadership organization the Committee of 100.

The Sino-American relationship, never stable, is in a downturn at present, said David Shambaugh, director of the China Policy Program at GW’s Elliott School of International Affairs. Unlike most downturns in the 40 years since China normalized relations with the United States, this one was not caused by a specific event like the Tiananmen Square protests. Rather, it has arisen due to growing discontent over the past decade across a number of American constituencies, including the business sector, the executive and congressional branches of government, academics and researchers, the media, NGOs, nonprofit organizations and others.

“Nothing happened to drive the relationship to the low point it’s in at the moment,” Dr. Shambaugh said. Instead, the degeneration is “structural, systemic and multi-spectrum, embedded in virtually every sector of the relationship and every constituency in the U.S.”

The Trump administration may be the face of increased official Sino-American animosity, but tensions were growing during the Obama administration as well.

One reason that war may not be in the cards is that a true transition of power isn’t really on the table either, Dr. Shambaugh said. Although China is growing into the world’s preeminent economic force, it lacks power in other areas where the United States is dominant, including the U.S.’s high number of allies, its diverse population with guaranteed freedoms, its cultural influence and its geographical advantages.

“China is not about to overtake the U.S. across those indices, but that doesn’t mean we shouldn’t be alert to real dangers between these powers,” Dr. Shambaugh said.

Another reason for optimism is that the two powers are highly interdependent in a way that few other dominant powers in history have been. The U.S.S.R., for instance, had no investment in the United States or vice versa, and there was little or no academic exchange between the nations—certainly nothing comparable to the roughly 350,000 Chinese students studying on campuses in the United States.

Panelist Nien Su, M.A. "05, until recently chief economic adviser to the U.S. House of Representatives Committee on Foreign Affairs, said one reason the Sino-American relationship has deteriorated over the past decades is that U.S. administrations of both parties have tried to “have their cake and eat it too” by bifurcating their economic and security policies.

Panelist Madelyn Ross, executive director of the Paul H. Nitze School of Advanced International Studies China campus and associate director of the China Studies Program at Johns Hopkins University, was one of the first students to study in China when it and the United States first exchanged students in the late 1970s and early 80s—as was Dr. Shambaugh. Dr. Ross called attention to fear of “influence and interference” by Chinese students and academic organizations on U.S. college campuses. Such campaigns, she suggested, might threaten American universities’ academic freedom.

But moderator Robert Gee, a former assistant secretary of energy, said those concerns shouldn’t be allowed to lead to possible stereotyping, unfair prosecutions for espionage and an even more strained relationship between the two nations.

Chinese-Americans may be “unjustly or unfairly characterized as being disloyal to the United States and subject to racial profiling and scrutiny,” Mr. Gee said.

“We view ourselves as having played a special role in advancing relations between the U.S. and China because of our cultural affinity for both countries, and now we feel as though that makes us subject to deep vulnerability,” Mr. Gee said.

The fear is not unfounded, Dr. Shambaugh said, due to the United States’ “marked, checkered, dark history” of profiling immigrants, from the Chinese Exclusion Acts of 1902 to Japanese-American internment camps during World War II and more.

“We’ve got to be vigilant as a society and a country to protect the Chinese-American community from profiling,” Dr. Shambaugh said. “We need to look at this influence activity very seriously, but also protect our citizens of whatever ethnicity.” 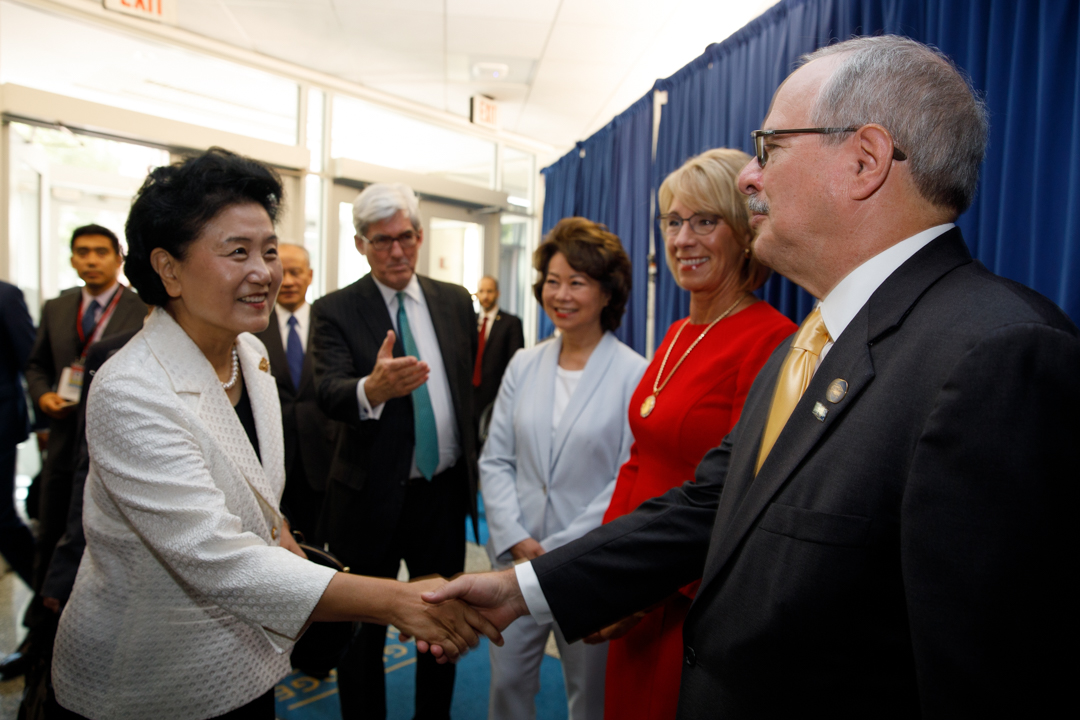