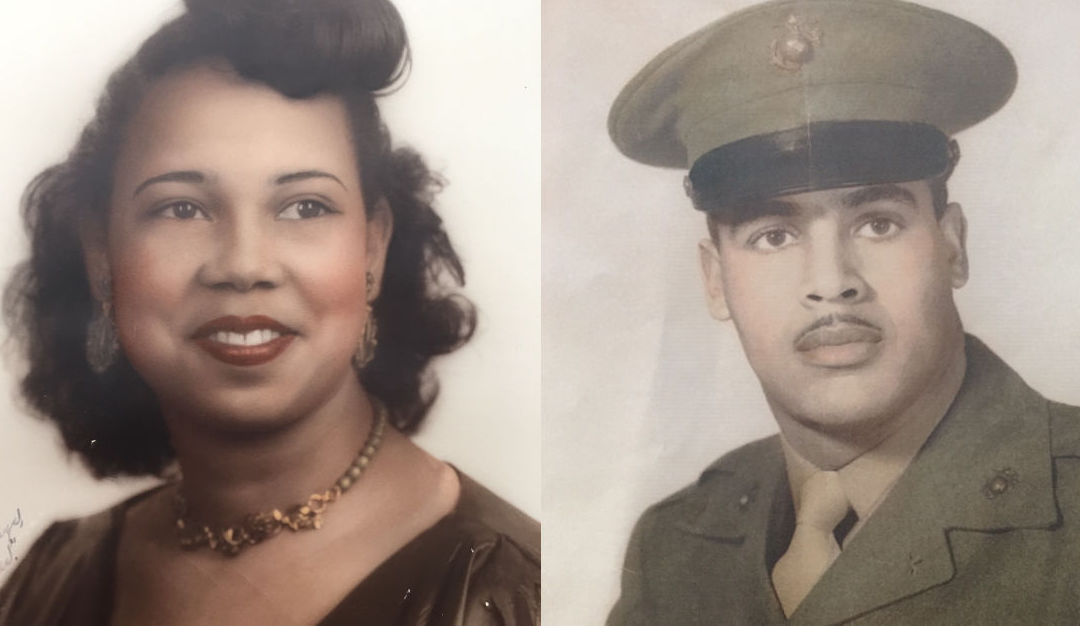 As students walked through the doors of Unity Braxton Middle School this fall, they entered a building that once paid tribute to a Confederate general but now bears the name of two trailblazers in the Black community: the late Celestine Braxton, M.A. ’60, and her husband, Master Gunnery Sgt. Carroll Braxton.

The push to rename Stonewall Jackson Middle School in Manassas, Va., began in June 2020 after the death of George Floyd sparked a nationwide conversation about the removal of Confederate monuments and memorials.

The school’s naming committee received hundreds of submissions but gave special consideration to those “who have made significant contributions to the field of education, especially within Prince William County,” and nobody fits that description more than Celestine Braxton.

Celestine, who obtained a master’s degree in Elementary Education from the George Washington University, was a devoted teacher with Prince William County Public Schools in Northern Virginia for more than 30 years, as well as a fierce activist who constantly tested local businesses to see if they would serve a Black woman—and if so, at how much of a markup? She was also among the second wave of Black educators to integrate the county's teaching staff.

Similarly, her husband Carroll was one of the first Black U.S. Marines after having completed his training at Camp Montford Point, a segregated bootcamp. He served in both World War II and the Korean War before retiring in 1980, and he was awarded a Congressional Gold Medal in 2012.

“The name Braxton honors a man who was a strong pillar of the community and a woman who has dedicated her life to teaching students,” LaTanya McDade, superintendent for Prince William County Public Schools, said during the school’s renaming ceremony on May 10. “The Braxtons serve as exemplary role models for every single student who comes through the doors of this school.”

The Braxtons’ daughter, Monique Braxton, said she felt “jubilation” when she heard that the school board unanimously voted to rename the school after her parents.

“My parents are receiving recognition as ordinary people who did extraordinary things for their country, families and friends,” she said. “My mother, a graduate of GW, wrote a letter requesting the opportunity to attend the graduate school at a time when Black teachers were driving to NYC to matriculate in graduate programs on the weekends. And my dad left his family in Northern Virginia to defend the liberties of a country who didn’t respect Black people.

“People describe them as trailblazers, and I agree because they shared their journey with hopes that our paths would be somewhat easier,” she added.

Monique also described her mother, who passed away in 2014, as an “elegant, beautiful, brilliant, bold, Christian woman” who would be “surprised” by the naming committee’s decision.

“She would be surprised, and she would smile,” Monique said. “And she would stress that it’s important to treat people with dignity and respect.”

“The renaming of Stonewall Middle to Unity Braxton represents a call to consciousness that celebrates the diversity of the 35 nationalities of the students, their right to a quality education and the couple who dared to champion inclusion when they wanted their two children and other little boys and girls to grow up in a world that wouldn’t judge them based on the color of their skin,” Monique said.