A panel of Black women journalists discussed the vice president’s role in the Biden administration during an SMPA Black Heritage event.
February 26, 2021 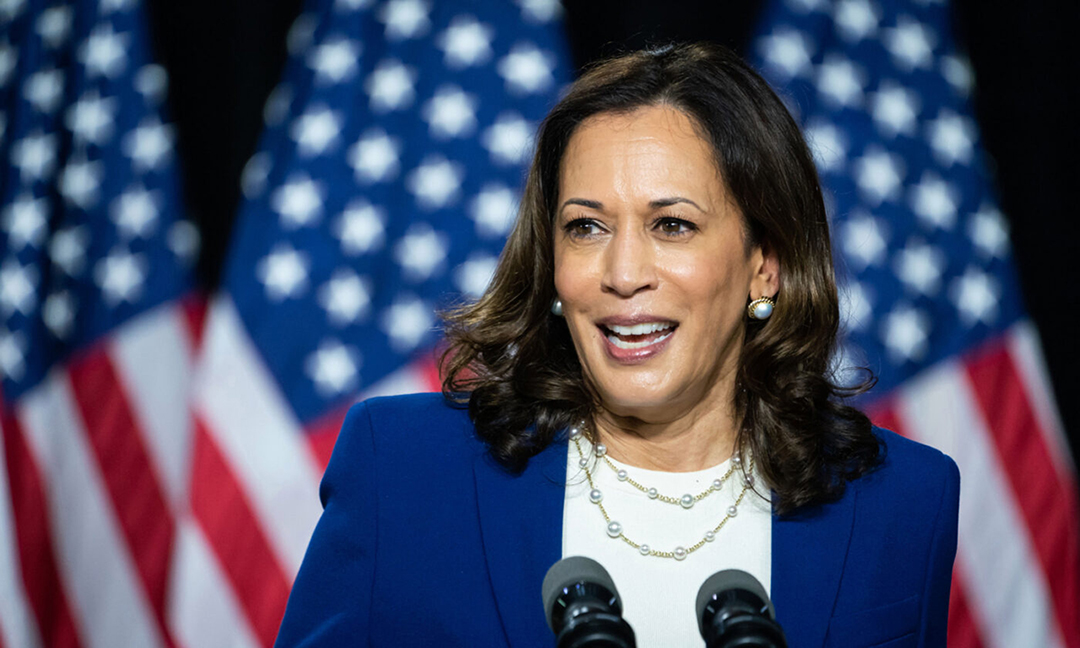 All eyes are usually on the president in the first 100 days of a new White House administration, but Vice President Kamala Harris’ achievement as the first Black woman elected to the office has attracted more attention to the position than usual.

As part of the George Washington University School of Media and Public Affairs’ observance of Black Heritage Month, the school in collaboration with the media organization Black Women Unmuted convened a panel--“VP Harris First 100 Days: Black Women Journalists Discuss How Harris Is Changing News and Politics.”

Jesse J. Holland, assistant professor of media and public affairs, moderated the event and introduced a the panel of journalists that included Sonya Ross, founder of Black Women Unmuted, an organization that focuses on untold stories of Black women in the United States; Ayesha Rascoe, NPR White House correspondent; Errin Haines, editor at large and co-founder of The 19th, a newsroom that focuses on gender, politics and policy; and Shawna Thomas, B.A. ‘02, executive producer for “CBS This Morning.”

Mr. Holland opened the discussion asking each of the panelists to address the historical implications of Ms. Harris becoming the first vice president.

The biggest implication is that Ms. Harris removes “the bugaboo of intersectionality”— the question of whether it is more important that she is a woman, a Black woman or person of color, Ms. Ross said. “A woman of color,” she said, “is defining the accomplishment for women.”

Ms. Rascoe said that means “everything she does will be something of a precedent.”

Ms. Harris is well prepared for such broad responsibility, Ms. Haines noted, since the vice president’s career has been marked by milestones such as being the first Black and Asian woman elected district attorney in San Francisco and attorney general of California.

“Yes, Ms. Harris is a trailblazer,” Ms. Haines said. “But normalizing women’s leadership may be the most significant thing... and the most remarkable shift for us as a democracy.”

Ms. Harris’ record gives an indication of what President Joe Biden’s administration thinks about minimum wage, jobs, gender and foreign policy, Ms. Thomas said, but we won’t know what effect she will have on White House decisions for years to come.

As Black women journalists—many of them “firsts” themselves—a viewer of the virtual event asked whether they had picked up on any subtle digs directed at the vice president about her readiness for the job.

“America’s readiness is the issue here,” Ms. Ross said. “Of being able to see leadership in a variety of people and not just white men.”

Ms. Ross said she would be watching to see whether the Biden administration entrusts Ms. Harris with the traditional duties carried out by vice presidents.

Ms. Thomas expects there to be awkward moments and adjustments, comparing it to the moment of realization that there was no restroom for women off the floor of the House of Representatives when Rep. Nancy Pelosi (D-Calif.) became speaker of the House.

“Our job is not to ask whether every question has to be framed with what her sex or what her race is,” she said, “but to keep the focus on the work...and to treat her the way we would treat any other politician.”

As a journalist whose primary focus is on women—coming from a newsroom named after the 19th Amendment—Ms. Haines expressed an obligation to look at policy and politics through a gender lens.

“We can talk about women in the same way our default setting has been men for so long,” she said. “All issues are women’s issues. A woman being the second most powerful person in the country means…we get to reframe the lens through which we talk about those issues.”

Though the first 100 days of the Biden administration have yet to run their course, Ms. Rascoe pointed out that Ms. Harris is being treated as Mr. Biden’s partner—masked and six feet away as he signed executive orders, present during his meeting with the Canadian prime minster and being the last person in the room with the president.

“Her mode is pretty typical of vice presidents,” Ms. Ross said. “They hang back a little, they run the game alongside the boss, they keep it low. Eventually you will see a breakout. But she wouldn’t pick a battle that she is not confident she will win.”