Growing “freedom of choice” position and increase in state-level Facebook pages could impact vaccine-related legislation, according to new study led by a GW researcher.
October 1, 2020 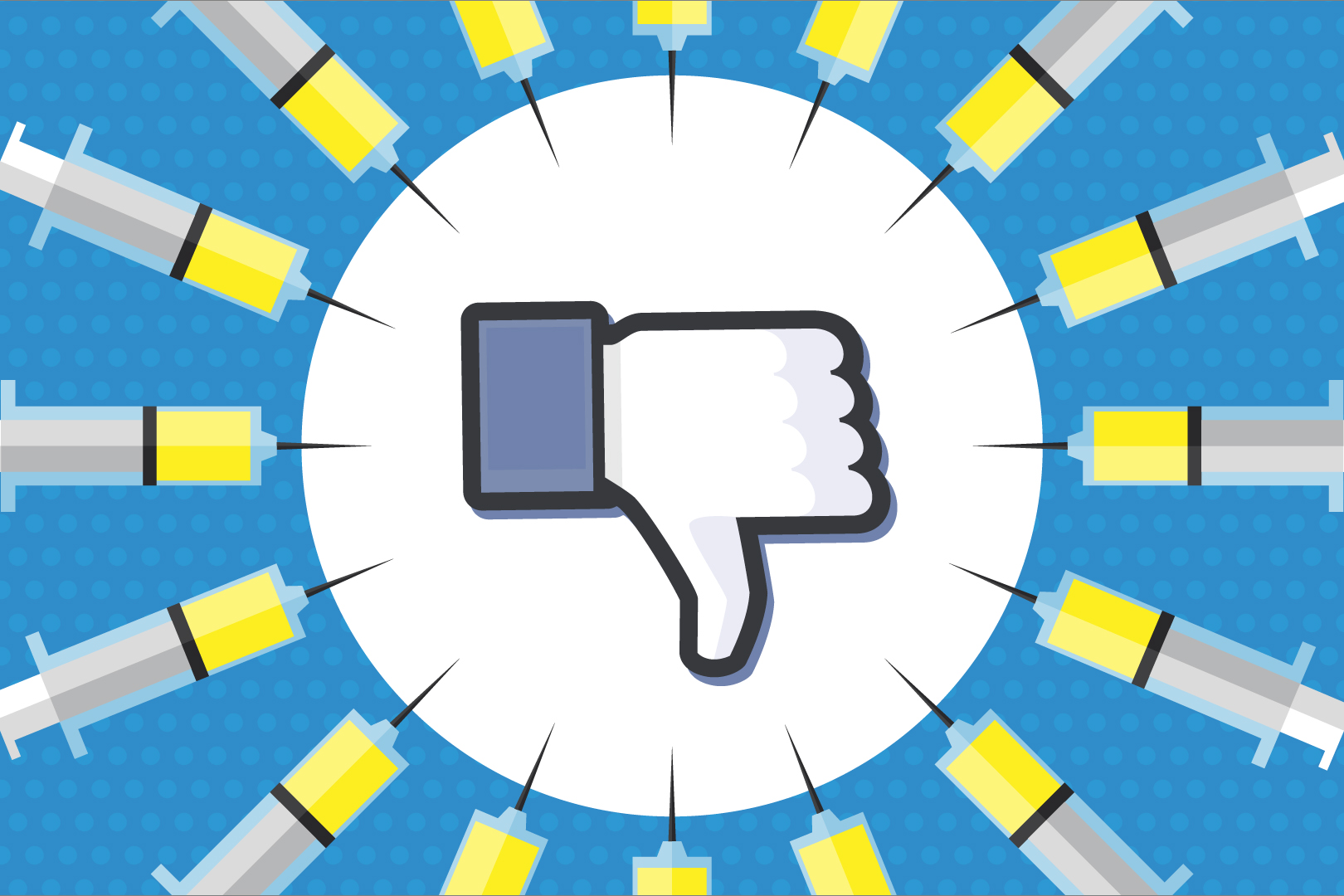 Anti-vaccine discourse online evolved following three distinct events: the measles outbreak at Disneyland in 2015, the release of the film “Vaxxed” in 2016 and a worldwide measles outbreak in 2019. (Illustration by Valerie Morgan/UMD)

Anti-vaccination discourse on Facebook increased in volume over the past decade, coalescing around the argument that refusing to vaccinate is a civil right, according to a study published today in the American Journal of Public Health.

This finding could have serious public health implications as vaccine opponents who unite around a single argument could quickly mobilize into a political movement able to lobby state lawmakers for vaccine exemptions, the researchers say.

Led by David Broniatowski, an associate professor at the George Washington University School of Engineering and Applied Science, researchers from GW, the University of Maryland and Johns Hopkins University examined more than 250,000 posts on 204 Facebook pages expressing opposition to vaccines between October 2009 and October 2019. While opposition to vaccines historically takes many forms, from concerns about safety to conspiracy theories about government malfeasance, the researchers found vaccine opponents online gravitate toward a “civil liberty” argument that individuals have the civil right to refuse to take a vaccine.

“Framing vaccine refusal as a civil right allows vaccine opponents to sidestep the science and instead debate about values, especially the value of freedom of choice,” Dr. Broniatowski said.“However, this is a case where one person’s exercise of that freedom can hurt everyone else.”

The study also showed that anti-vaccine discourse online evolved following three distinct events: the measles outbreak at Disneyland in 2015, the release of the film “Vaxxed” in 2016 and a worldwide measles outbreak in 2019.

The first increase in anti-vaccination Facebook posts came in 2015 after a measles outbreak, which started at Disneyland in California and sickened 125 people. According to the researchers, the Disneyland measles outbreak drew widespread attention to vaccine opposition followed by promotional campaigns conducted in Facebook pages framing vaccine refusal as a civil right and discussions about political mobilization and totalitarianism.

There was a further increase in anti-vaccination posts in 2016, especially on Facebook pages framing vaccine refusal as a civil right, after the release of “Vaxxed,” a film directed by a discredited former physician. The researchers found the proportion of civil liberties topics discussed actually decreased during this time while the proportion of topics about the film increased. They suggest that these pages may have been targeted to disseminate promotional material advertising the movie.

"We found Facebook pages that promoted vaccine choice narratives were also sharing ‘Vaxxed’-related promotional content,” said Amelia Jamison, a faculty research assistant at the University of Maryland’s Center for Health Equity. “This continued even after the film was released and linked civil liberties based arguments with broader anti-vaccine claims."

“It appears that the movie’s producers may have hijacked these pages to lay the groundwork for a political movement,” Dr. Broniatowski said.

The researchers saw another spike in anti-vaccination posts in 2019, this time in posts to Facebook pages with U.S. states in their titles, such as “Michigan for Vaccine Choice” and “Health Freedom Minnesota.” Content posted during this time included civil liberties discourse, mostly encouraging people to vote for or against certain state bills, attend political rallies and oppose perceived vaccine mandates and perceived censorship. These groups also discussed vaccine safety concerns and alternative medicine.

“Starting in 2019, we saw a large increase in these state-level pages and especially in places considering vaccine-related legislation,” said Mark Dredze, the John C. Malone Associate Professor of Computer Science at Johns Hopkins University. “These pages make it easy for vaccine opponents to know how to vote in their local elections to make it easier to opt out of vaccination. Without a clear counter-argument from public health agencies, the average voter may not realize how important these bills are and may not consider them when voting.”

Dr. Broniatowski is the associate director of the GW Institute for Data, Democracy & Politics, which launched in 2019 with the support of the John S. and James L. Knight Foundation. The institute's mission is to help the public, journalists and policymakers understand digital media’s influence on public dialogue and opinion, and to develop sound solutions to disinformation and other ills that arise in these spaces. 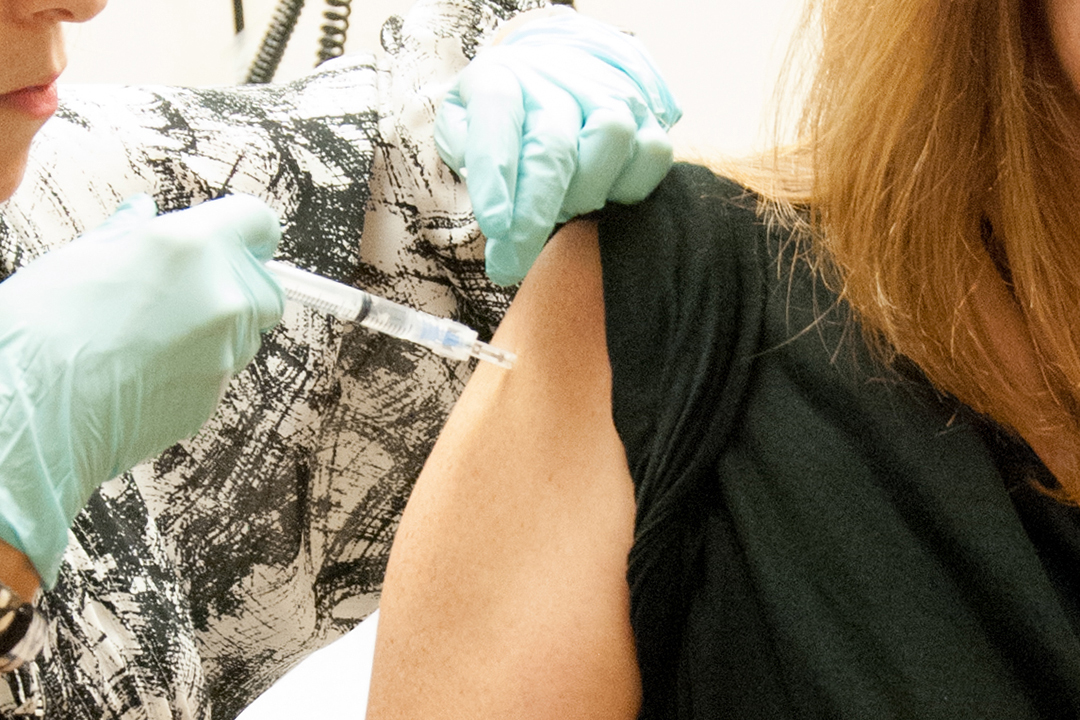 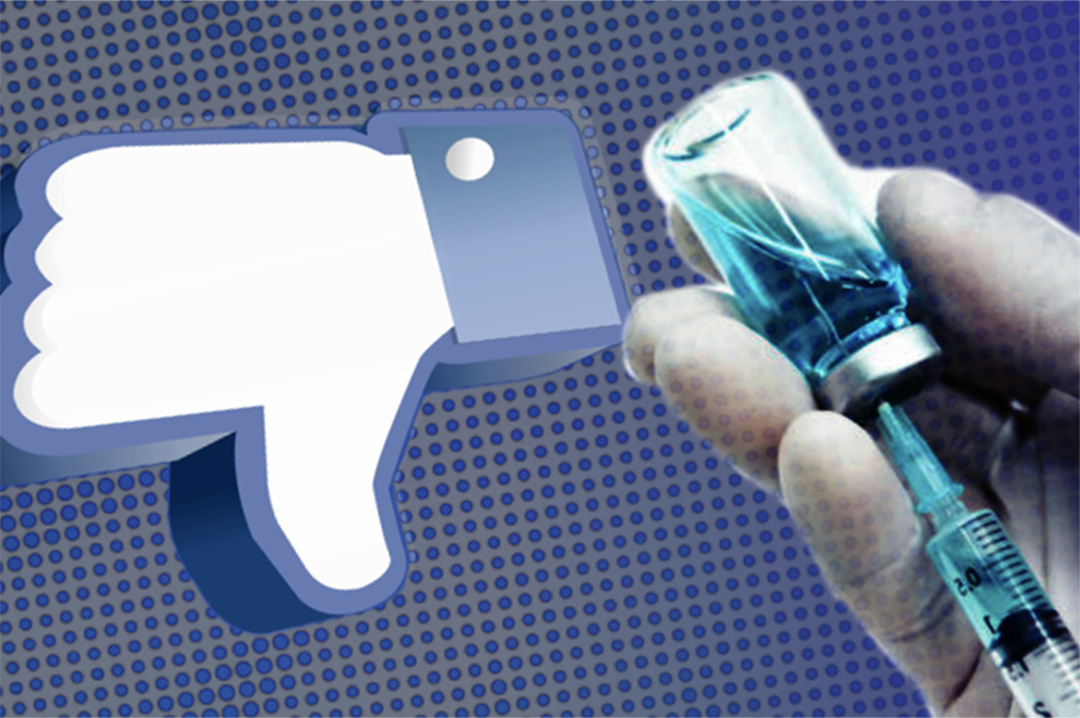 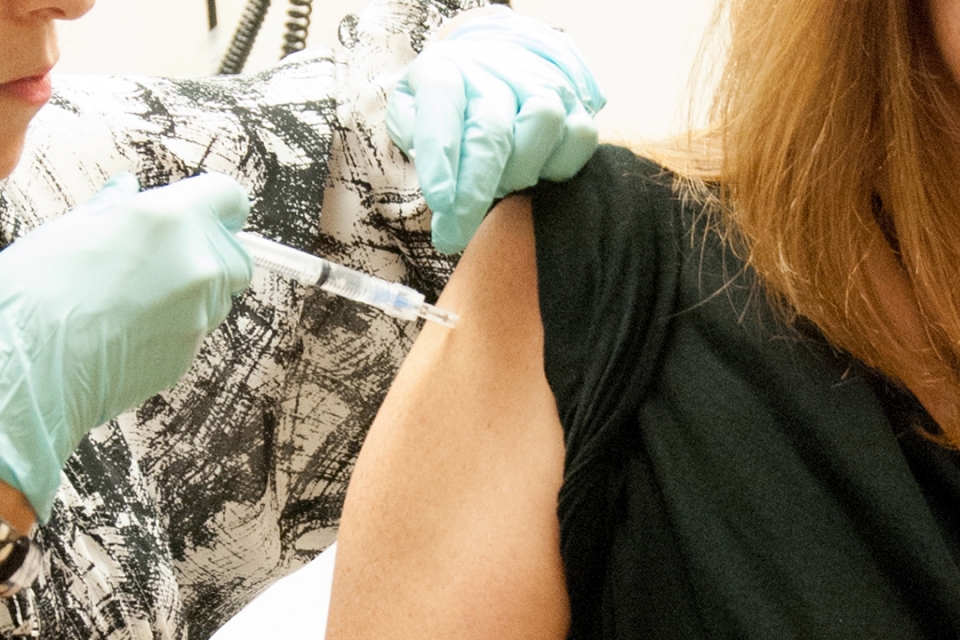 Using Social Media to Understand the Vaccine Debate in China