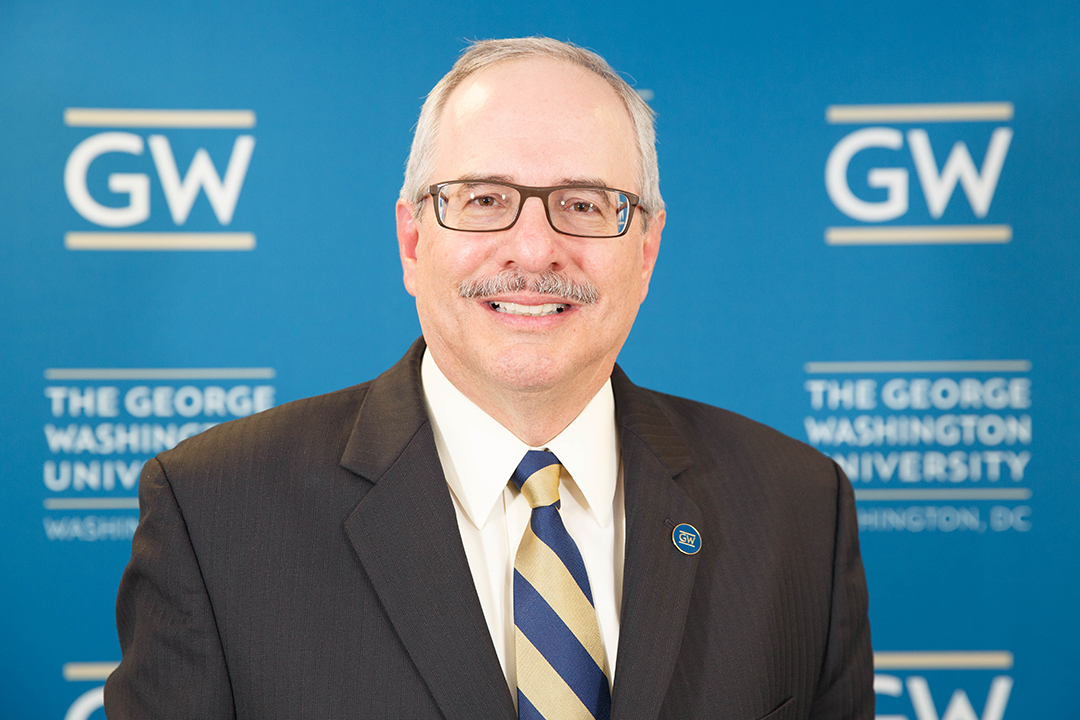 The GW Board of Trustees announced that Thomas J. LeBlanc will be the 17th president of the university. (William Atkins/GW Today)

The board of trustees of the George Washington University Friday unanimously approved the appointment of Thomas J. LeBlanc as the university’s 17th president.  An accomplished academic leader, administrator and professor, Dr. LeBlanc will begin his service at George Washington in August 2017.

“Dr. LeBlanc embodies the qualities the university community articulated through more than 30 town halls and meetings with faculty, students, staff and alumni, as well as leaders and members from the local community.  We have worked hard to find a proven leader who can bring GW to new heights, and I believe we have found the ideal person to lead the university into its third century,” said Board of Trustees Chair Nelson Carbonell.

Dr. LeBlanc currently serves as executive vice president, provost and professor of computer science and electrical and computer engineering at the University of Miami.  He is both the chief academic officer and the chief budget officer, responsible for the university’s 11 schools and colleges, the library system, the division of student affairs, the division of continuing and international education and undergraduate education, admissions and financial aid.

“It is a tremendous honor to be selected to lead the George Washington University,” said Dr. LeBlanc.  “I look forward to building on the work of President Knapp, the Board of Trustees and the university’s outstanding students, faculty and staff who have contributed to creating not only a world-class research university but also a vibrant and distinctive educational experience in the heart of our nation’s capital.”

As provost at Miami, Dr. LeBlanc oversaw the development and implementation of the university’s strategic plan. Since its implementation, the strategic plan has resulted in improvements in the academic quality of incoming undergraduate students, increased retention and graduation rates for undergraduate students, improved the university’s funding rank from the National Institutes of Health, doubled the number of doctoral programs ranked in the top half of their discipline,  increased significantly the number of faculty in national academies and increased U.S. News & World Report rankings.

Dr. LeBlanc also led a university-wide effort to strengthen and expand online education, initiated and supported efforts to increase the diversity of the student body and faculty and launched an effort to shape and improve the culture of the University of Miami, with a particular focus on faculty and staff.  He also led the deans in the design of a $1.6 billion fundraising campaign.

Dr. LeBlanc will begin his tenure at George Washington with working knowledge of the university, having chaired the evaluation team for GW’s accreditation by the Middle States Commission on Higher Education during the 2007-2008 academic year.  Dr. LeBlanc also is a founding member of the Colonial Provosts Group, which includes the George Washington University among its members.

“Tom LeBlanc rose to the top of a highly qualified group of candidates who were interviewed by a broad-based university search committee,” said Search Committee Chair Madeleine Jacobs. “The committee—representing the faculty, staff, trustees, alumni and students—was unanimous in its support of Dr. LeBlanc because of his extensive experience as an effective and inspiring university leader. In Dr. LeBlanc we saw a person who will elevate GW’s academic excellence, enhance the student experience and ensure that the university remains a diverse and inclusive partner with every segment of the university and local communities.”

He was interim president of the University of Miami in 2015 and previously rose through the academic ranks at the University of Rochester, where he was a member of the computer science faculty, chair of the department of computer science, vice provost and dean of the faculty of arts, sciences and engineering and Robert L. and Mary L. Sproull Dean of the College Faculty.

“Dr. LeBlanc is a highly experienced academic administrator and visionary leader who began his career as a tenured faculty member and researcher,” said Search Committee Vice Chair Dr. Alan Greenberg, professor and chair of the Department of Epidemiology and Biostatistics.  “Consequently, he has an intuitive understanding of and respect for faculty priorities and challenges and what is needed to support the growth of research and scholarship in the academic context.”

Dr. LeBlanc succeeds current George Washington President Steven Knapp, who will complete 10 years at the helm of the university when he steps down at the end of July 2017.

“On behalf of the board of trustees and the entire university community, I want to thank President Knapp for his leadership and his many contributions to the success of George Washington.  He will leave the university stronger and better prepared than it has ever been to face the challenges and embrace the opportunities ahead,” said Mr. Carbonell.

All George Washington students, faculty and staff are invited to a special welcome event for Dr. LeBlanc and his wife Anne at 4 p.m. today. The event will be held in the Dorothy Betts Marvin Theatre, located on the first floor of the Marvin Center. 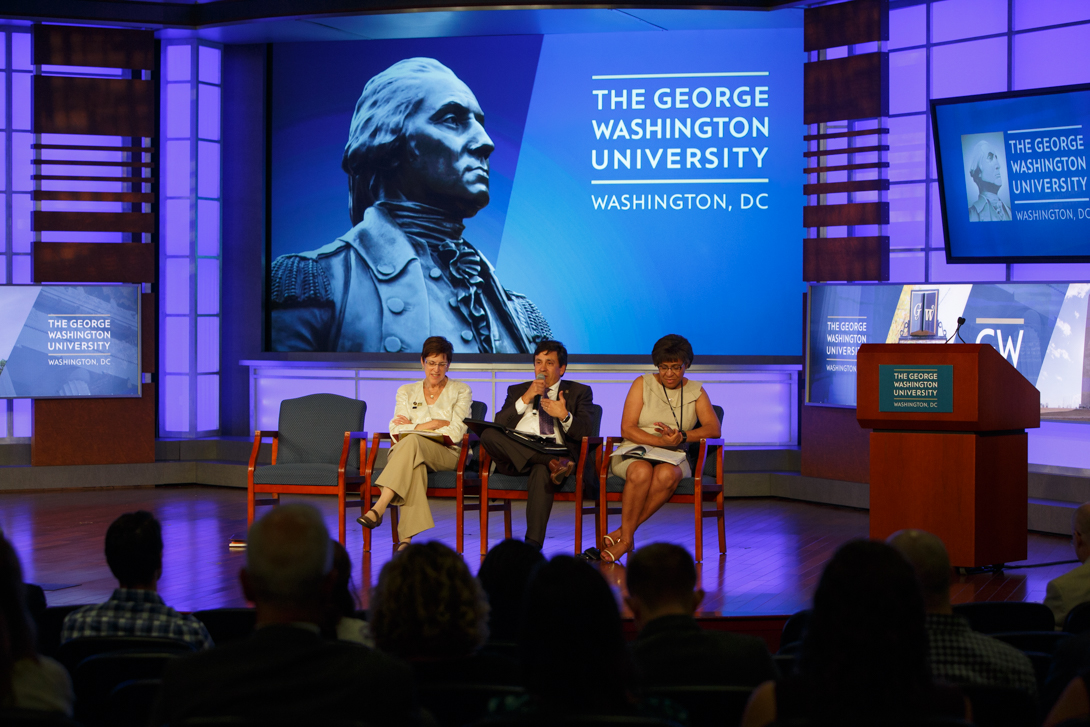 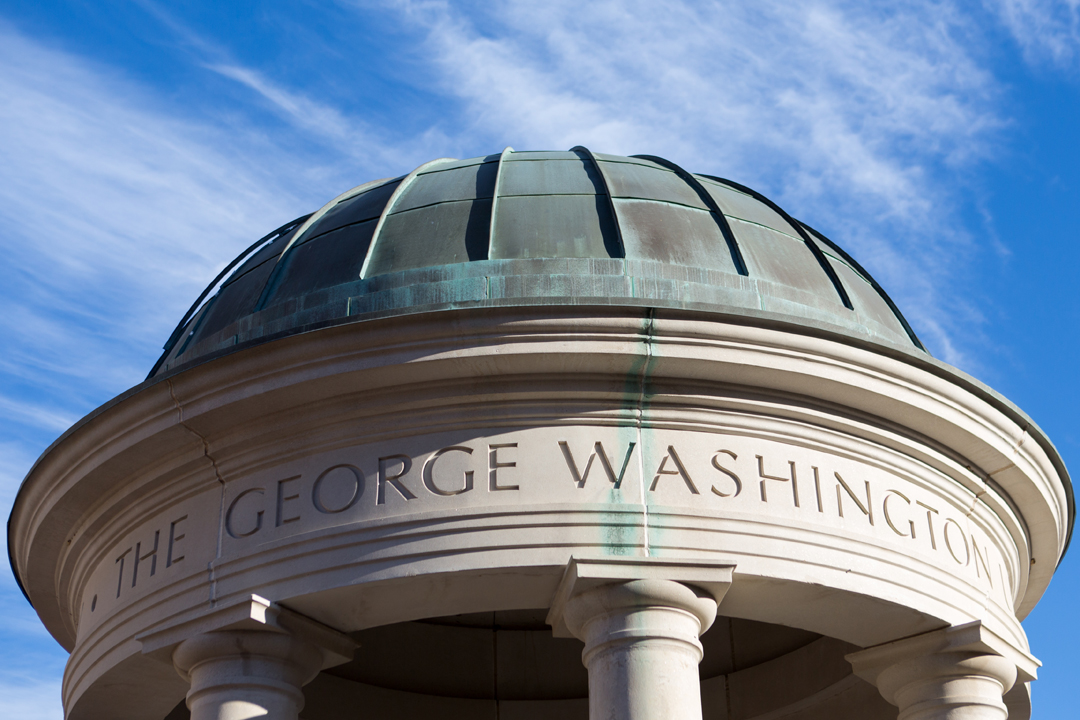 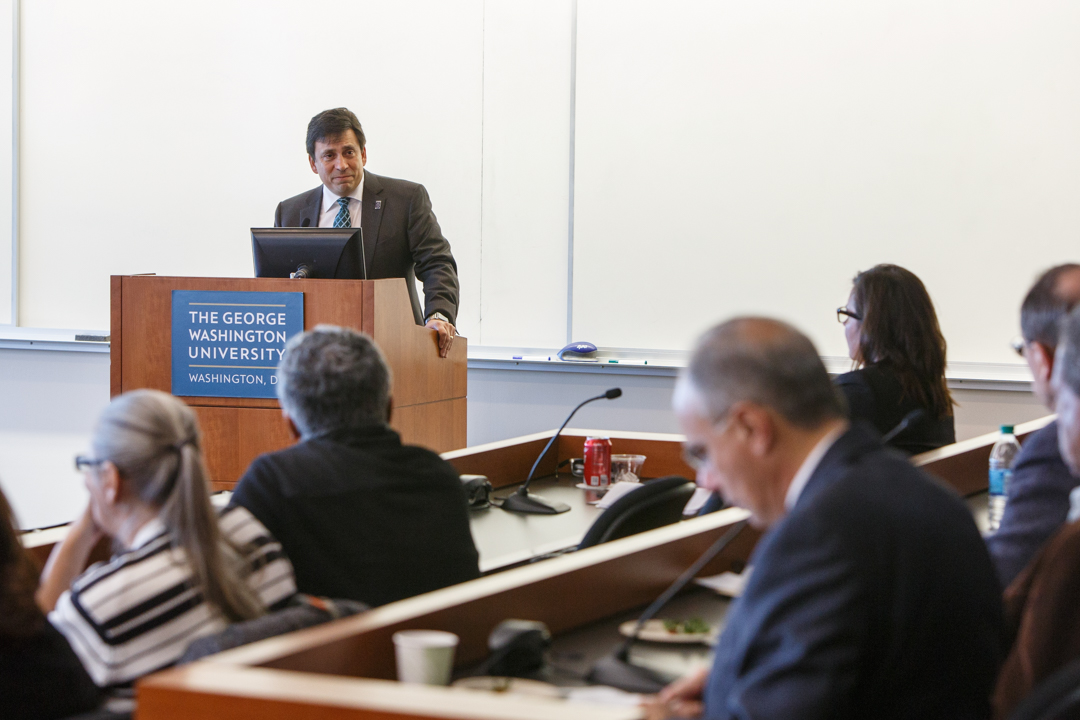