The chemicals have been linked to learning deficits in children.
September 30, 2013 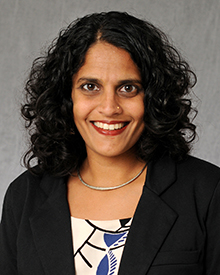 In 2003, California became the first state to ban a class of flame retardants known as polybrominated diphenyl ethers or PBDEs — which are linked to learning difficulties in children. Now, a decade after the ban, research shows that levels of PBDEs in pregnant women’s blood has significantly declined.

The study was led by Ami R. Zota, an assistant professor of environmental and occupational health at the George Washington University School of Public Health and Health Services.

Dr. Zota conducted her research while she was a postdoctoral fellow at the University of California, San Francisco. She found a 65 percent drop in the average blood levels of PBDEs in pregnant women during the study.

Early development in children is a vulnerable time for the harmful effects of these chemicals, which can circulate in the blood of a pregnant woman. Such exposure in the womb can later lead to IQ deficits, attention difficulties and other problems.

Researchers said the dramatic decline was most likely the result of the statewide ban. But they said the levels fell more quickly than expected, given how persistently these chemicals remain in the environment once they have been introduced.

Dr. Zota believes this study suggests that public policies aimed at restricting such chemicals are effective and can lead to a sharp decline in exposure to potentially toxic chemicals.

“That’s the good news,” Dr. Zota said. “At the same time, PBDEs persist in the environment for years.”

Humans ingest small amounts of these chemicals in food, household dust and from other sources. This study, along with other evidence, suggests that the PBDE exposure in humans might decline rapidly after a ban and then hit a plateau, lingering in the environment for decades.

The findings add to evidence suggesting that a review of the Toxic Substances Control Act is needed, Dr. Zota said. The current law, which lawmakers are debating now, does not require manufacturers to provide the U.S. Environmental Protection Agency with safety information on chemicals before they are allowed to enter the marketplace.