Smartphone Society: Have Our Phones Changed Ourselves?

A panel of GW and Smithsonian anthropologists debated the cultural and ecological impact of smartphones on our daily lives as part of the CCAS Dean’s Seminar event series.
November 8, 2021 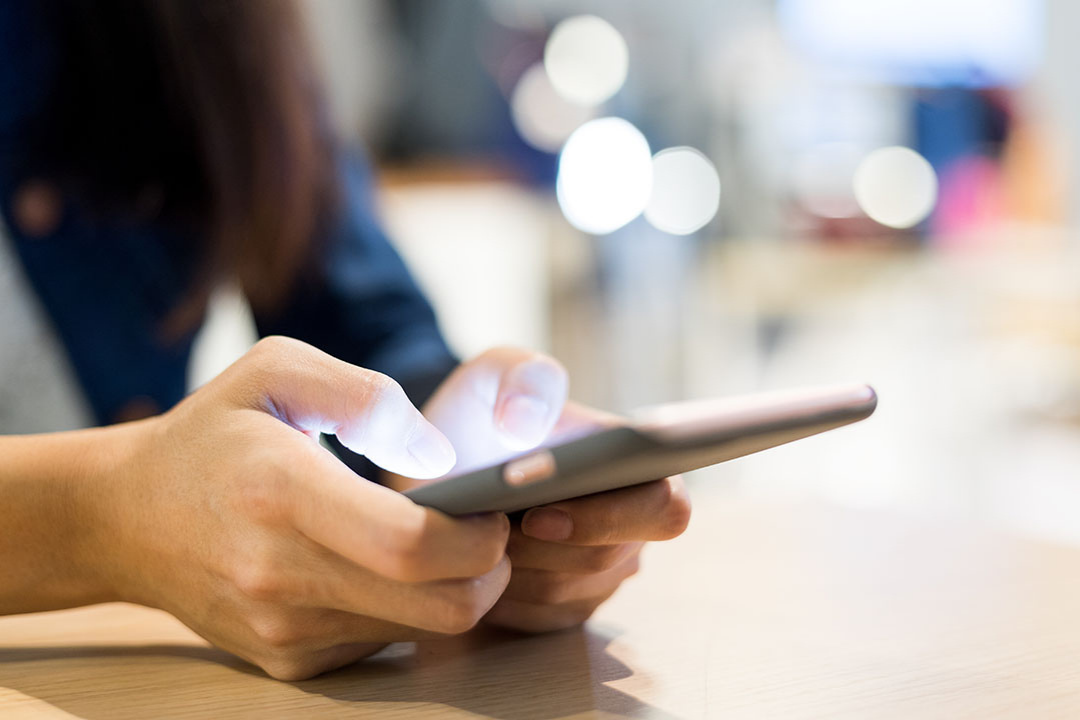 Millions of people have a love/hate relationship with their smartphones. They know the devices are an indispensable tool for connecting with work, friends and the rest of the world. But they come with trade-offs—from privacy issues to ecological concerns to worries over their toll on our physical and emotional health.

Our uncertain attitudes toward our phones was the focus of the inaugural Columbian College of Arts and Sciences (CCAS) Dean’s Seminar event on Thursday, which brought together GW and Smithsonian anthropologists to untangle our complex connections to our phones. The seminar was held in collaboration with the CCAS Alumni Programs office.

Joining Dr. Dent on the expert panel were Professor of Anthropology and International Affairs Joel Kuipers and Joshua A. Bell, professional lecturer in anthropology and curator of globalization at the Smithsonian Museum of Natural History. All three are researchers with the Cellular Connections Project, a National Science Foundation-funded initiative evaluating the effects of cellular technology on Washington, D.C., teens. The project’s research forms the basis for a Smithsonian exhibit on cell phones that will open in December 2022. Dr. Bell is curating the exhibit.

During the remote conversation, the panelists recognized smartphones’ prominence in society—a 2018 Pew Research Center showed that 95 percent of Americans have access to smartphones—while also nodding to their potentially detrimental impact on the environment, racial inequality and social anxieties. They acknowledged that smartphone ownership and usage may magnify race, class and gender divides—“We’re finding that cell phones can actually reinforce social inequality,” Dr. Dent said—and noted their links to real health concerns from heightened anxiety to near-sightedness.

But each also challenged myths about smartphone dangers and warned against alarmist overreactions. “We get bombarded by anti-cell phone discourses on how…they’re harmful in various ways,” said Dr. Dent, who is also the chair of Department of Anthropology. “We don’t want to come off as saying there are no real concerns. Of course, there are real concerns. We want to make sure we’re reading those concerns in historical and cultural context.”

The panel compared anxieties about smartphones to past warnings about technical advances like television. “The world has actually experienced and weathered some pretty big changes in technologies of communication in the past,” Dr. Kuipers said. “Turns out the printing press…was kind of a big deal. And radio also had a very profound impact.”

Dr. Dent also pointed to largely unsubstantiated claims that smartphones are spurring a generation unable to engage in face-to-face conversations and suffering sharp declines in cognition skills. He dismissed worries about “dopamine squirts” from smartphone usage, comparing it to brain-chemical rushes from ice cream and Halloween candy. “There’s an old-fashioned adage: everything in moderation,” Dr. Dent commented.

Dr. Kuipers added that “a lot more research…needs to be done before we can legitimately claim the sky is falling.” 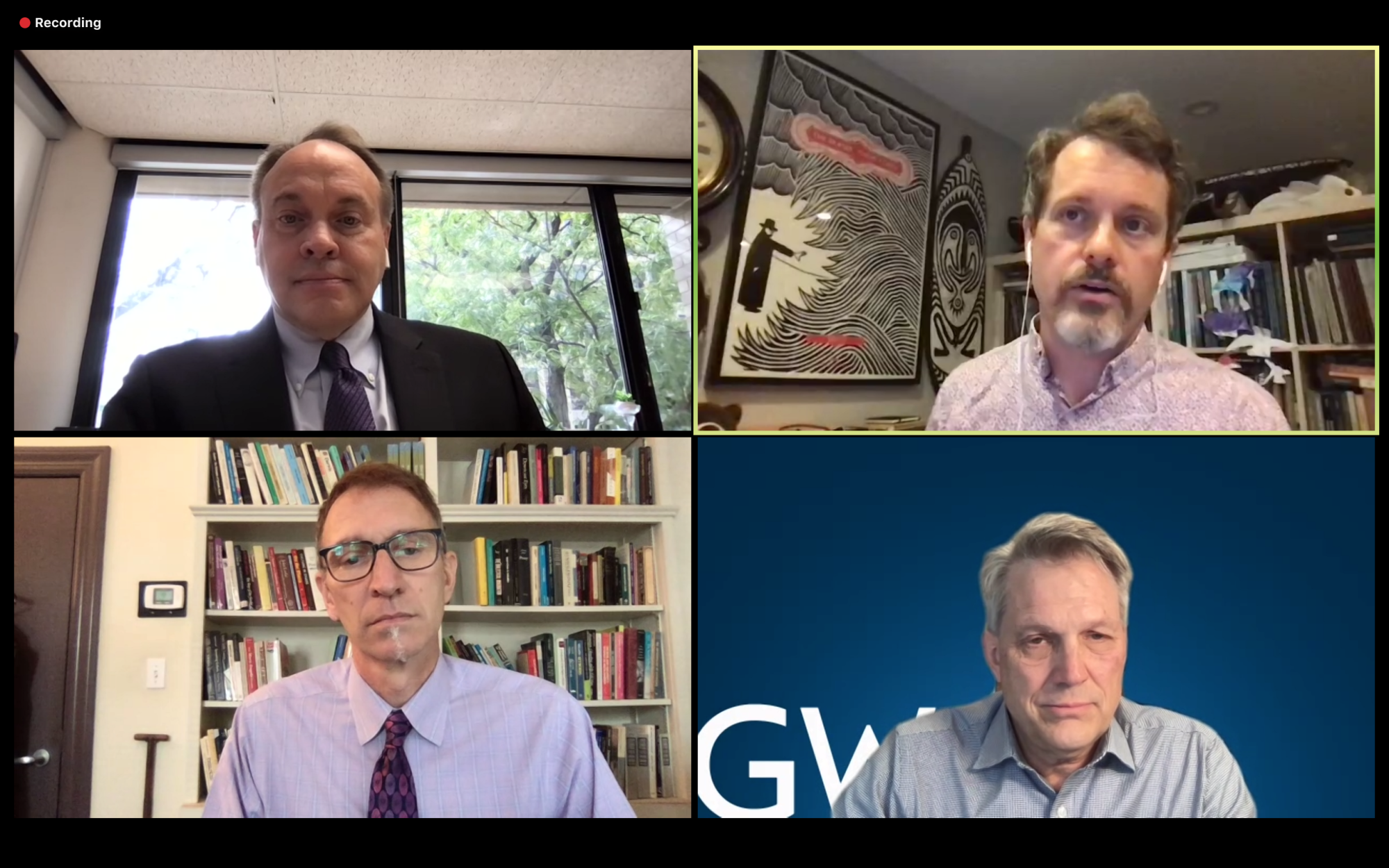 Nevertheless, the researchers conceded that smartphones represent a uniquely sophisticated technology transformation—one whose implications have to be taken seriously. “We’ve never really walked around with a small computer in our pocket,” Dr. Bell said. “We’re living through an interesting social experiment where we don’t know what’s going to happen with kids who have never lived [in] a world without touchscreens.”

Smartphones will always play a central role in our lives, the panelists predicted. “Whatever shape these devices take [in the future], smartphones are not going away,” Dr. Bell said. The characteristics that make cell phones different from other communications innovations—portability, instant response times, a unique ability to transcend space—have also ingrained them in our lives, Dr. Dent explained. And COVID-19 quarantines have only highlighted our reliance on our phones as everything from remote workplaces to streaming and shopping hubs.

At the same time, the panelists agreed, society will continue struggling to balance the convenience of smartphones against their trade-offs. Dr. Dent said that many of his students are alarmed by the intrusive marketing and privacy invasions associated with smartphones—but not enough to significantly curtail their usage or turn them off altogether.

And while noting that the ecological footprint of smartphones is smaller than cars and many other electronics, Dr. Bell emphasized that their production relies on large-scale mineral mining around the world. “To live the life we live, to be able to talk through Zoom, to be able to have a laptop, we need to extract these materials,” he said, despite troubling connections to environmental threats and global labor abuses.