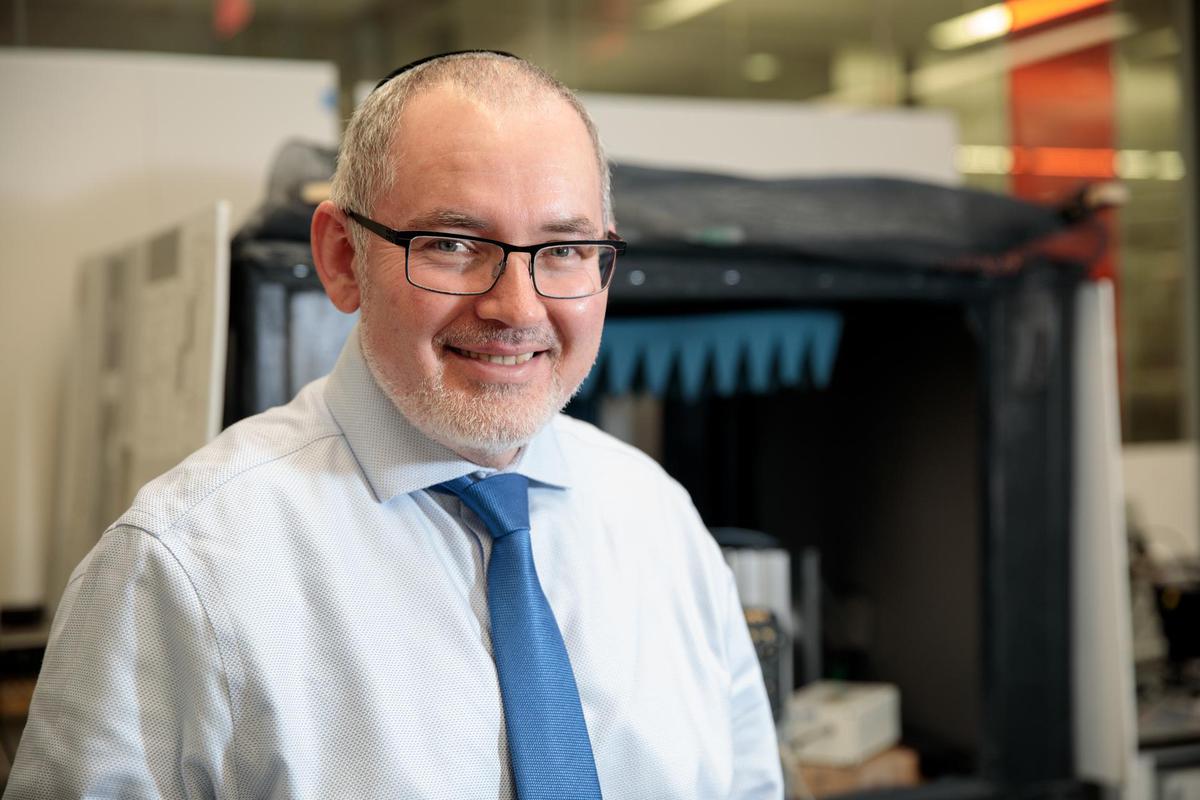 As caregivers struggle with medical equipment shortages during the COVID-19 pandemic, George Washington University Professor Michael Keidar is helping develop a “plasma brush” that could help them decontaminate protective masks, gloves and other necessary gear for reuse.

“There is significant long-term need for the manufacture of surgical masks, but in the short term we have to find a solution,” Dr. Keidar said.

Dr. Keidar, A. James Clark Professor of Engineering in the School of Engineering and Applied Science, received a record-setting corporate research agreement in 2017 to expand his research on the use of cold plasma in cancer treatment. Now, he hopes to apply the technology to cleanse equipment, surfaces and even small-space airflow as medical professionals battle the COVID-19 pandemic.

Plasmas are a form of ionized gas—meaning they contain a proportion of charged particles—that are highly effective in inactivating microbial pathogens. Typically plasmas exist at extremely high temperatures, but “cold” atmospheric plasma, on which Dr. Keidar’s research centers, requires only the gas’s electrons to be at elevated temperature. That makes this form of plasma safe for use on and near humans. And because atmospheric cold plasma doesn’t use a liquid agent like traditional disinfectants do, it’s also safe for use on damage-prone surfaces.

With COVID-19 beginning to hit Europe and Britain in early February, one of Dr. Keidar’s former doctoral students—professor  Minkwan Kim from Southampton University--was discussing with Dr. Keidar a private UK foundation effort to start developing a cold plasma “luggage belt” that could sterilize arriving packages and luggage. In March, as the disease spread to the United States, the National Science Foundation initiated a program to fight against COVID-19. Dr. Keidar and the  Industry-University Cooperative Research Program (IUCRC) Center for High Pressure Plasma Energy, Agriculture and Biomedical Technologies (PEAB), along with  researchers from Drexel University and the University of Michigan, submitted a proposal to NSF to develop a plasma-based system for decontamination. In April, NSF awarded the team a Rapid Response Research grant (RAPID) to "develop a disinfection system based on cold adaptive atmospheric plasma (CA2P), in combination with rapid detection of the contamination on these surfaces."

The proposed “brush” system that GW teams are developing is expected to be “very fast—you can just scan the surface one time and that’s it,” Dr. Keidar said.

Other teams within the IUCRC PEAB are working on airflow-based plasma decontamination systems, which can destroy airborne viral loads. These could be applicable in small, contained spaces like planes, trains and hospital ICU units.

One advantage to plasma decontamination is that it is highly adaptive, Dr. Keidar said.

“If you create a drug, you come up with some composition of chemicals, and that’s set in stone. But plasma is created based on input parameters—electrical input, voltage, current, the gas you use. You can develop diagnostics that will monitor the efficacy of the treatment and then can instantaneously change the plasma composition based on that feedback.”

The technology is still in its earliest stages. It is presumed, but not certain, that plasma decontamination will be as effective on COVID-19 as it is on other coronaviruses. Dr. Keidar and his team are awaiting assistance and samples of the virus from the Centers for Disease Control and Prevention, the National Institutes of Health and other labs. They also are seeking permission to build and test in a safe, limited capacity at GW. Dr. Keidar’s team is also helped by expertise from Nalini Singh, Professor Emeritus-in-residence of Pediatrics, School of Medicine and Health  Sciences and professor of global health in the Milken Institute School of Public Health, at GW.

“There’s a lot of constraints on the system,” Dr. Keidar said.

Although much of his work is now focused on providing solutions for the coming months, Dr. Keidar and his team are also thinking about the less immediate future.

“We may well have another phase [of COVID-19] next year, so we need to be prepared,” he said. 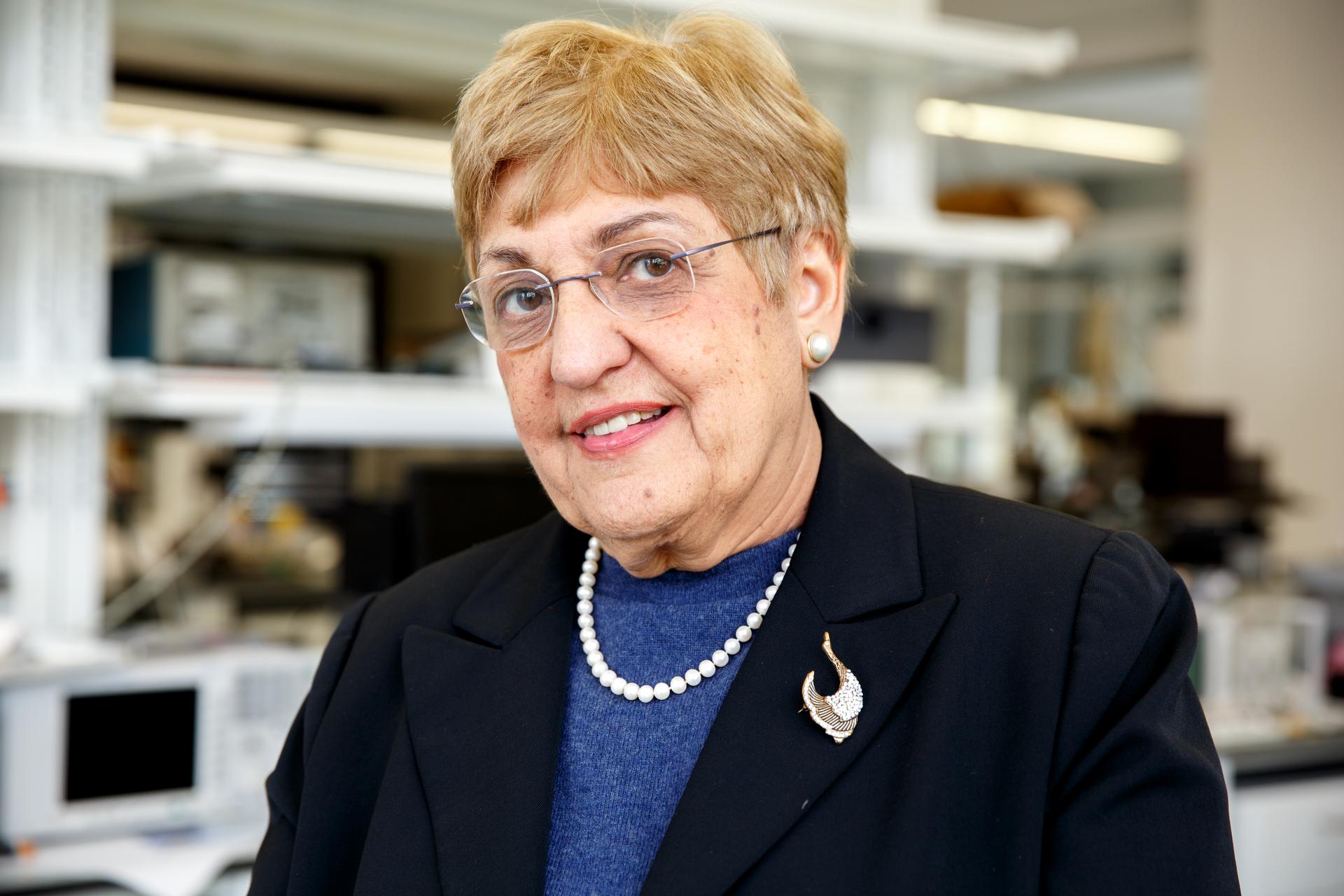