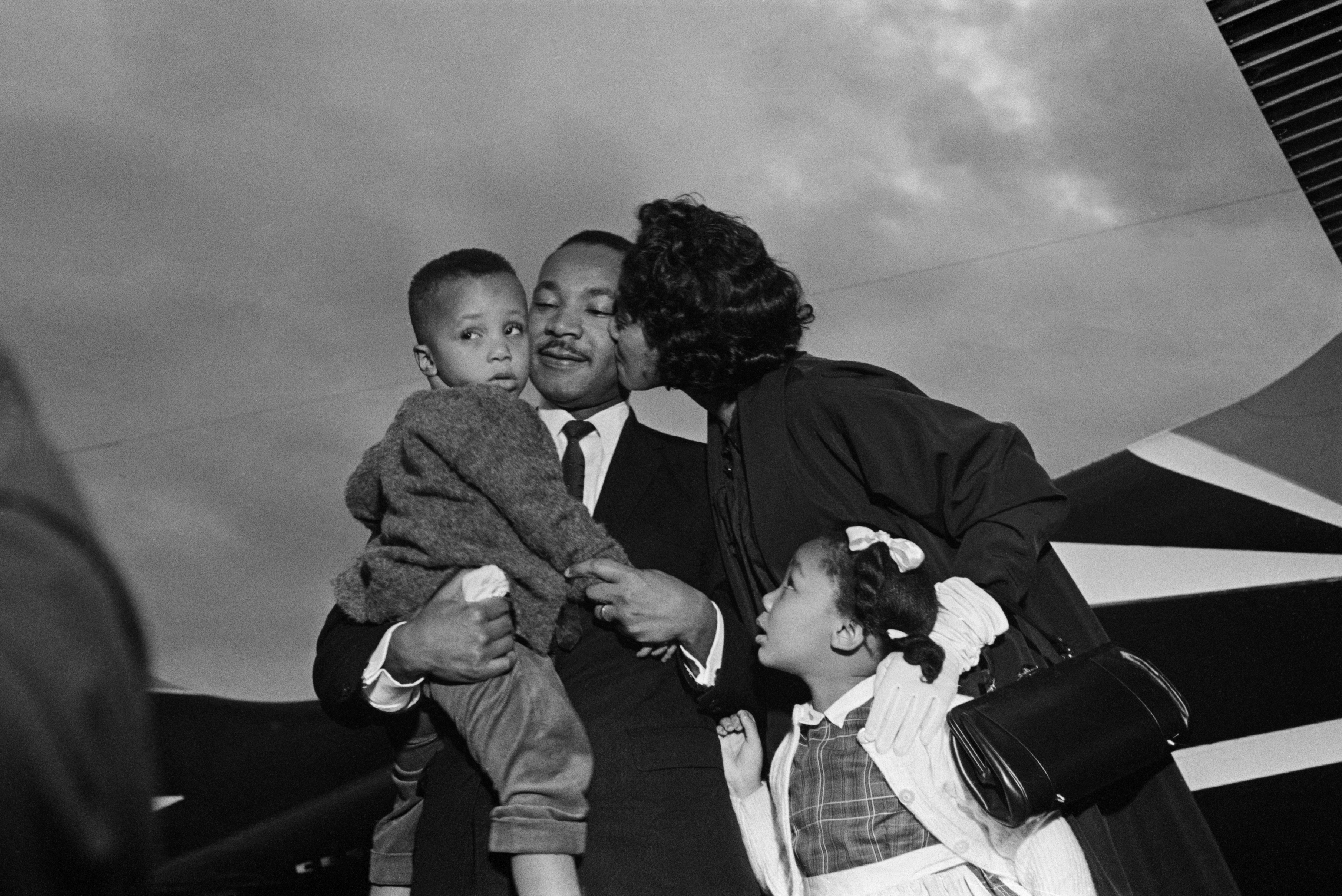 Martin Luther King Jr. reunited with his family upon his release from Reidsville State Prison after nine days behind bars (Courtesy Library of Congress).

In October 1960, a 31-year-old Martin Luther King Jr. not yet the civil rights icon who would inspire a nation, agreed to join a student sit-in at an Atlanta department store. King, who had never yet spent a night in jail, knew he faced a possible arrest. But the reality was even more harrowing. While the students were taken to local jails, King was transferred to a dangerous Georgia state prison where Black inmates endured violence by white guards.

Just weeks before the presidential election, King’s ordeal was the ultimate “October surprise” for the two candidates, John F. Kennedy and Richard Nixon. In a razor close contest, one in which Black voters seemed poised to decide the outcome, both campaigns debated how to respond—as King’s life hung in the balance.

The little-known historical drama features student activism, political maneuvering and moral courage while paralleling modern-day events. And it’s a story that Paul Kendrick, B.A. ’05, M.P.A. ’07, was seemingly born to tell. A writer, speaker and political leader who served in the Obama White House, Kendrick chronicled the episode in his book “Nine Days: The Race to Save Martin Luther King’s Life and Win the 1960 Election” (Farrar, Straus and Giroux, 2021), co-authored with his father Stephen.

“It’s a story that reminds us how government, politics and elections can create something good,” Kendrick said. “It shows we can help America live up to its ideals if we work across our differences.”

Uniting people has been a lifelong theme for Kendrick, both in his career and at George Washington University. While an American studies major, he helped found The George Washington Williams House of African American History and Culture, a student hub for promoting African American history, culture and unity. He received the university’s Martin Luther King Award for service to the community and served as a Presidential Administrative Fellow. 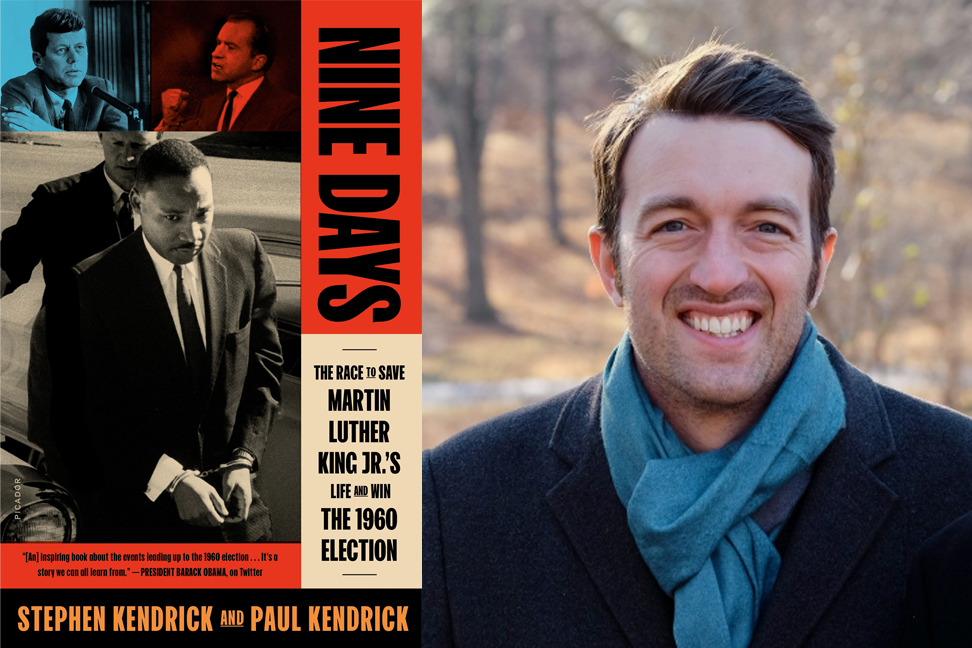 In addition to working for the Obama White House, Kendrick has spearheaded numerous campaigns and grassroots movements to promote leadership and education. He is currently the executive director of Rust Belt Rising, a nonprofit that trains Midwest political leaders to connect with working families. “Nine Days,” which was featured in the New York Times Book Review and Oprah Magazine and was recommended by President Obama, is his third book with his father. All three tell stories of interracial collaborations that changed the course of history.

“I’ve always been passionate about advancing equality, fairness and opportunity in America,” Kendrick said. “For me, part of writing history is finding stories that inspire us to see our own times in ways that can boldly affect change.”

In one sense, “Nine Days” is an “origin story,” Kendrick said, of a young King defining his civil rights strategy. Following the success of his Montgomery bus boycott, King was persuaded by the Atlanta student activists to join their sit-in and propel civil rights to the forefront of the 1960 campaign. When King was sent to Reidsville State Prison, under the pretext of a minor traffic ticket, the candidates were pressured to speak out.

At the time, the Black vote appeared evenly split, Kendrick explained. Many were skeptical of Kennedy, a wealthy white Massachusetts senator who had virtually no positive record on civil rights. Indeed, King considered Nixon a friend. His own father supported him, along with prominent Black voices including Jackie Robinson.

In the historically close election, Democrats won a 7 percentage point shift in the Black vote from the previous presidential race. As many as nine states were decided by Black voters, sealing a coalition that remains today. “It was a pivotal point in giving us the politics we have today,” Kendrick said.

For “Nine Days,” Kendrick relied on extensive archival research, newly unearthed documents and interviews with many of the drama’s key players. Kendrick first met Wofford while studying at GW. He forged a friendship with the former senator that lasted until his death in 2019, even accompanying him to the King Memorial.

To Kendrick, the 1960 story has echoes for today’s political landscape. He compared Kennedy’s outreach to Coretta Scott King with President Joe Biden’s phone call to the family of Jacob Blake after his shooting in Kenosha, Wis.

Likewise, he points to similarities between the Atlanta students and Black Lives Matter activists. Kendrick interviewed many of the veterans of the Atlanta student movement for the book and considers them the unsung heroes of the civil rights story. “Then—and today— there is a lot of focus on politicians. But ultimately we also have to think of the work that happens at the grassroots level,” he said. “There are young activists out there like GW students who are still forcing our country to grapple with injustices and getting politicians to take a stand against them.”