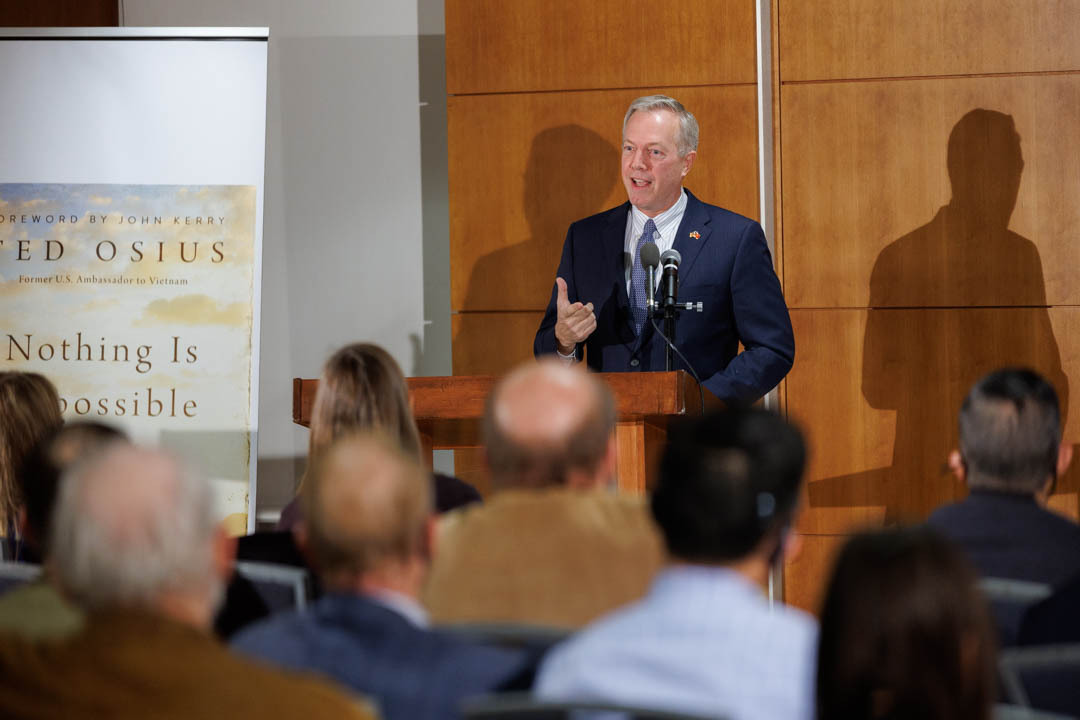 It may be no surprise then that Mr. Osius believes United States reconciliation with Vietnam is about people and relationships, a strategy he thinks helped the two nations reach an amicable state in the aftermath of a deadly war between them.

Mr. Osius spoke Tuesday night at the Elliott School of International Affairs as the guest speaker of the 2021-2022 Walter Roberts Lecture at George Washington University and outlined a pair of examples from his new book, “Nothing is Impossible: America’s Reconciliation with Vietnam,” to show how people have powered respect between the two nations.

“Diplomacy is much more than transactional,” he told the hybrid crowd at GW. “There are some who think diplomacy is about money and power. It’s not. It’s about relationships. It’s about building trust.”

After Elliott School Dean Alyssa Ayres delivered opening remarks, Mr. Osius took the podium at the City View Room and immediately noted the significance of the date. It was 54 years to the day that the late former Sen. John McCain was shot down by a missile over Hanoi and taken prisoner on Oct. 26, 1967.

Mr. Osius discussed how Mr. McCain, who asked for another American to be released from captivity before him despite five-plus years of torture, showed that politics can be put aside when trying to achieve diplomacy. He noted how Mr. McCain, a Republican, and John Kerry, a Democrat who would later serve as Mr. Obama’s secretary of state, came together to help President Bill Clinton’s reconciliation efforts with Vietnam.

“They worked together, again, against political interests, really and on behalf of their country,” Mr. Osius said. “I think they're both deeply patriotic, and they were doing what they believed was the best for the United States, which was to reconcile and move to a relationship from enmity to one of friendship and partnership.”

While his first example illustrated the importance of building trust, the second showed the significance of taking a calculated risk. Shortly after his appointment as ambassador to Vietnam, Mr. Osius had caught wind that General Secretary of the Communist Party of Vietnam Nguyen Phu Trong sought a meeting with Mr. Obama in the Oval Office at the White House.

It was unprecedented to have a party leader be granted a meeting in the Oval Office, a fact of which U.S. officials sternly reminded Mr. Osius. But seeing the significance of this visit as a potential breakthrough between the two countries, Mr. Osius pressed for the visit. It all paid off. On  July 7, 2015, Mr. Trong and Mr. Obama met in the Oval Office. They talked about the negotiation process over the Trans-Pacific Partnership (TPP) trade agreement. And Mr. Obama told the Vietnamese leader that the United States respects different political systems, words Mr. Osius said rang loudly in Vietnam. Mr. Osius also said the TPP agreement was the most significant ever achieved with Vietnam in terms of human rights, which happened as a direct result of the visit.

“The most consequential accomplishment of my time as ambassador was getting the general of the communist party into the oval office,” Mr. Osius said. “My lesson is, sometimes it’s worthwhile to take the risk.”

After that presentation, Janet Steele, director of the Institute for Public Diplomacy and Global Communications, questioned the former ambassador about his new book and his current take on how things stand between the United States and Vietnam.

Mr. Osius kept emphasizing the importance of maintaining relations with Southeast Asia and that American diplomats should show empathy and an understanding to Vietnamese citizens—and Vietnamese Americans—on a personal level to build connections. Mr. Osius brought up several more examples of one-on-one interactions with Vietnamese citizens who were affected by fraught relationships and wartime, causing him to become emotional at times during the interview.

“This is why you are the People’s Ambassador,” Dr. Steele said. “It is clear you care so much.”

Mr. Osius, who resigned from his ambassador role in 2017 over policy disagreement with President Donald Trump’s administration, currently serves as president and CEO of US-ASEAN Business Council. He is aware of the Chinese influence in Vietnam and believes the United States should proceed with caution, with trust and calculated risk at the forefront of decision making.

“The relationship going forward has no real ceiling, but it has a pace,” Mr. Osius said. “It can’t surge too fast because it will cause Vietnam a lot of problems. They are going to keep it going at a moderate pace.”

Mr. Osius was the latest prominent speaker to present on foreign policy and American politics for the Walter Roberts Endowment (WRE). Former diplomat Walter Roberts, who established what is now known as the Institute for Public Diplomacy and Global Communication, established the endowment in 2005. The lecture series began in 2011.

“This annual event and the many illustrious speakers we have hosted at the Elliott School for this Walter Roberts lecture over the years showcases the institutes' breadth of engagement on the subject of public diplomacy,” Dr. Ayres said. “We are just one of a handful of institutes across the United States with the focus.” 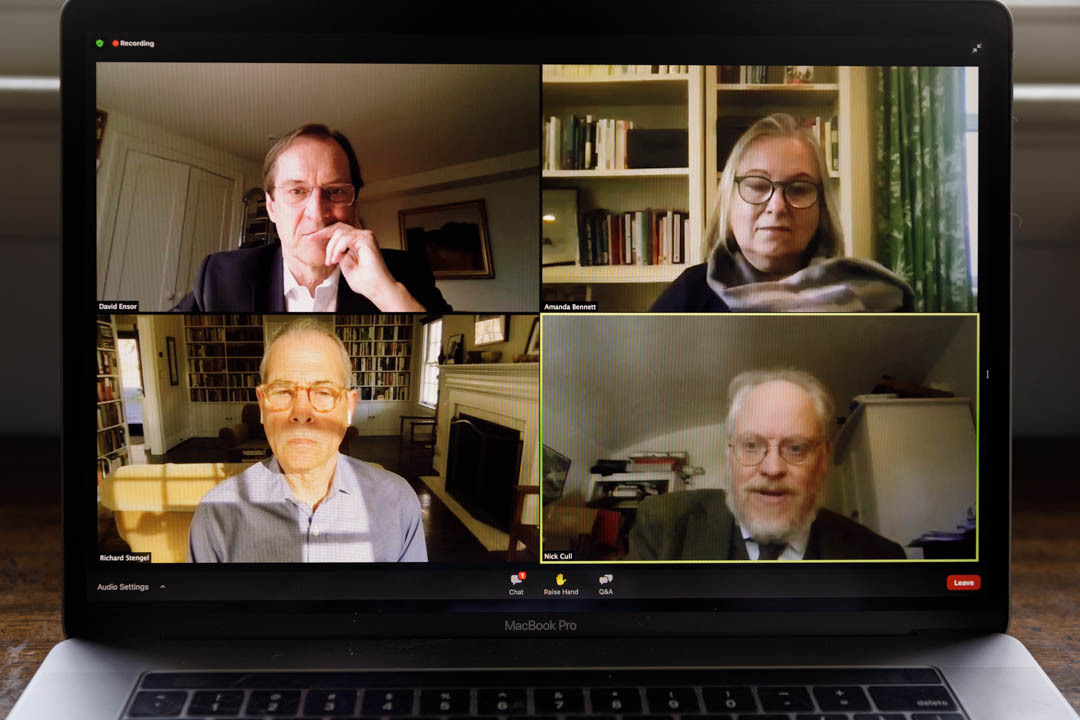 U.S. Must Protect Free Press Ideals at Home and Abroad