Putin Uses ‘Divide and Rule’ Tactics against His Hardline Allies 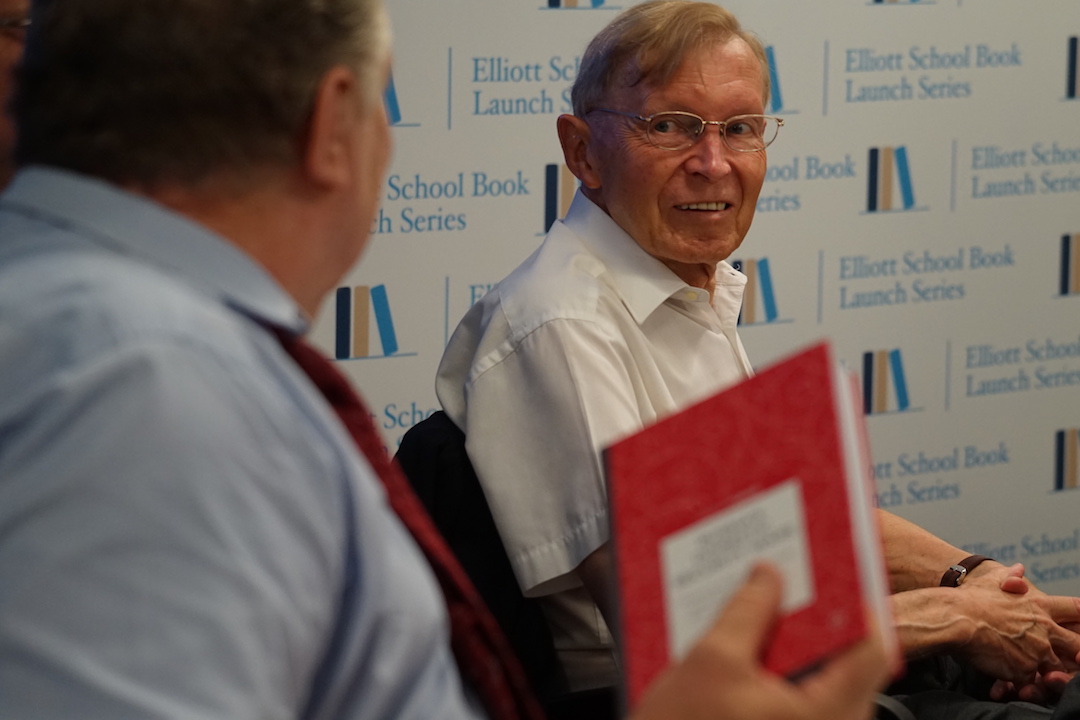 Though Russian President Vladimir Putin may find his exercise of power gratifying in some ways, he probably also finds it “increasingly exhausting” but fears what would happen to him if he steps down, said George Washington University Professor Emeritus of Political Science and International Affairs Peter Reddaway.

“I think he has similar feelings about retirement to what a lot of us have—that it's time to do different things,” Mr. Reddaway said. “But I think it is very difficult for him to resign or to retire at the end of a term in office because he doesn't feel safe doing it.”

Mr. Reddaway said the long-time politician would likely be vulnerable to prosecution, attacks and retaliation as a result of his divisive tactics among Russia’s ruling class of business oligarchs, a small number of wealthy businesses and groups of “siloviki,” politicians who are former officers of various security and military services.

Mr. Reddaway shared his ideas at a discussion of his latest book, “Russia’s Domestic Security Wars: Putin’s Use of Divide and Rule Against His Hardline Allies,” at the Elliott School of International Affairs on Thursday.

The discussion, which was co-sponsored by the GW Institute for European, Russian and Eurasian Studies, was the second Elliott School Book Launch Series event this semester. The series highlights publications of Elliott School faculty and staff.

The aim of the book is to analyze how Mr. Putin has exercised divide and rule tactics against his supporters to “prevent them from diluting his power too much.”

Re-elected in March, Mr. Putin has served as Russia’s president since 2012 and previously held the office from 2000 until 2008. He served as the country’s prime minister from 1999 to the beginning of his presidency in 2000 and again between his presidencies from 2008 to 2012.

The book suggests that Mr. Putin’s survival tactics have bought Russia to a deeply corrupt form of authoritarianism, which lacks institutional roots, that could eventually lead to a collapse of the state.

“Putin is the leader of a collective autocracy, a little more than a first among equals— [he is] a balancer, a mediator, not an individual autocrat,” Mr. Reddaway said. “He is also a distributor of the regime's ill-gotten gains, and he can hope to go on distributing them for as long as he distributes them fairly.”

"The book provides answers on how Putin has managed to stay in power for more than 18 years and what power consists of in Russia today," Dr. Orttung said. "It answers these big questions by exploring the minute details of seemingly obscure battles among the people who wield violence in Russian society, the president, the security police, the regular police and organized crime groups."

The book uses case studies from 2004 through 2010 to illustrate key elements of Mr. Putin’s divisive political strategies. For example, when two conflicting siloviki groups sought to influence a new presidential candidate in 2007, he ordered one group to tap the phones of another, and then arrested members of the obliging group for the phone tapping.

“In this brilliant study Reddaway shatters two clichés widely held by Western observers about Putin's Russia: that Kremlin politics do not matter and that Putin's vaunted ‘power vertical’ accurately describes how Russia is ruled,” Dr. Jensen said. “This is a must read for anyone interested in better understanding that complex, troubled country and the roots of its foreign policy behavior.”