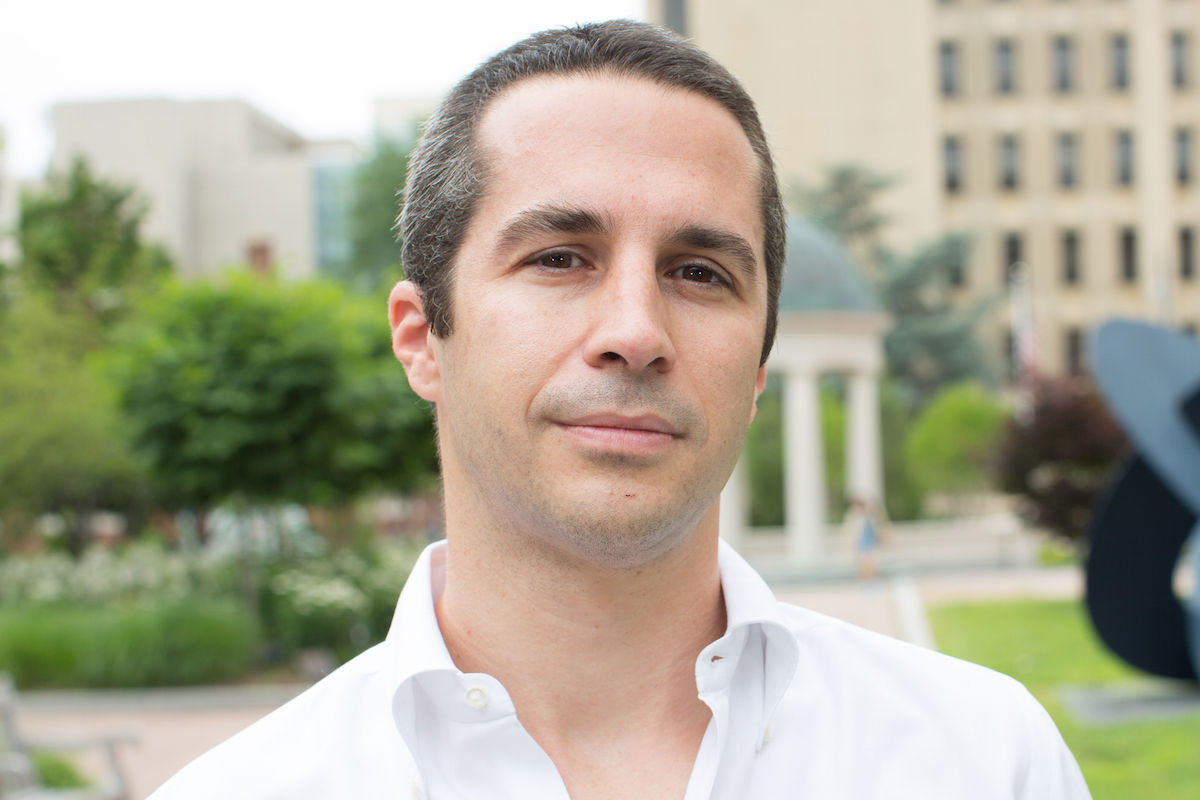 Since its launch in June 2015, the George Washington University’s Program on Extremism has contributed valuable research and analysis on violent and non-violent extremism. The program’s report “ISIS in America: From Retweets to Raqqa” has been used by policymakers and law enforcement as a trusted source. The program’s staffers have frequently testified before Congress and are regularly cited by media outlets including the New York Times, the Wall Street Journal and CNN.

Now in its second year, program leadership say they will continue to grow as a leading resource of expertise and research on extremism by expanding with new initiatives and hires. George Washington Today spoke with Program on Extremism Director Lorenzo Vidino about what the public can expect from the program in the coming year.

Q: It's been a little over a year since the Program on Extremism was launched. Has the program met expectations?

A: We’ve exceeded expectations. We’ve managed to become one of the go-to places for policymakers and the media when it comes to domestic extremism. Our reports are distributed throughout the counterterrorism community, and our scholarly yet policy-relevant approach has helped us make connections and continue growing.

Q: Tell us about some of the research and projects that the program has initiated.

A: We have a few ongoing projects. One of our main ones includes talking to as many individuals as possible who have been convicted for terrorism-related activities since 9/11. We have noted that there is no program in the United States for rehabilitating radicalized people, unlike other Western countries. We’re meeting with radicals and former radicals to get their stories and understand the process and the triggers. We are also studying de-radicalization in general and following the patterns of ISIS sympathizers in America.

Q: When the university announced the start of the Program on Extremism, you said you hoped to expand your staff of experts to include former extremists. You've now brought on Jesse Morton as a fellow. Tell us about Mr. Morton. What will Mr. Morton be doing?

A: Jesse Morton is a reformed, former extremist who subsequently actively assisted the FBI. Mr. Morton’s affiliation is groundbreaking, as this is the first time the perspective of a U.S.-born former Islamist extremist will be inserted into the American arena. The program is following the success of programs at universities and think tanks in the United Kingdom and other European countries that have worked with reformed extremists. The Program on Extremism leadership believes that Mr. Morton can bring a valuable perspective to inform security experts about the process of radicalization and de-radicalization.

U.S. officials have emphasized the need to engage former extremists to counter terrorism.  President Obama has emphasized a “need to lift up the voices of those who know the hypocrisy of groups like ISIL firsthand, including former extremists.” A recent bill crafted by a bipartisan group in the House Committee on Homeland Security encourages the Department of Homeland Security to “utilize the testimonials of former extremists.” And in an October 2015 discussion hosted by the Program on Extremism, Assistant Attorney General John Carlin explained that countering violent extremism requires “countering the message of hate online. Often former extremists can be the most persuasive voices.”

Q: Jesse Morton was found guilty of conspiracy, communicating threats and using the internet to place another in fear. He was accused of inspiring an unknown number of people to engage in terrorism. Can someone like that be trusted?

A: Mr. Morton ran the website Revolution Muslim and admitted to helping radicalize individuals who were inclined to commit violent acts, although he never committed or attempted to commit any act of violence himself. He pleaded guilty to three charges in 2012 and served less than four years of an 11.5-year sentence due to his cooperation with the government. After being released, he assisted the FBI and the wider counterterrorism community.

One of the biggest calls to action from the Program on Extremism is the further study of de-radicalization and implementation of effective strategies to counter extremism. Mr. Morton’s perspective proved to be valuable to the FBI, and we expect his expertise as a reformed, former extremist to be valuable as a researcher at GW.

Mr. Morton is unique. He holds a graduate degree from Columbia University and has lengthy experience in social work and individual and family counseling. This background will provide a unique blend of experiential and academic insight. Mr. Morton’s addition will contribute to the Program on Extremism’s mission to provide policymakers, the counterterrorism community and the general public with research-based and nonpartisan analysis to better navigate this complex environment.

Q: The program has been an often-used resource for major media outlets, from the New York Times to the Daily Beast and Fox News and NPR. What makes the program so attractive as a source of information?
A: We try to be nonpartisan, and we make an effort not to get involved in political debates. Our goal is to provide scholarly, empirical information, and we understand how to communicate with policymakers in a way that is accessible and to the point.

We’ll continue our work examining the radicalization process, and we should have more projects in the coming months.