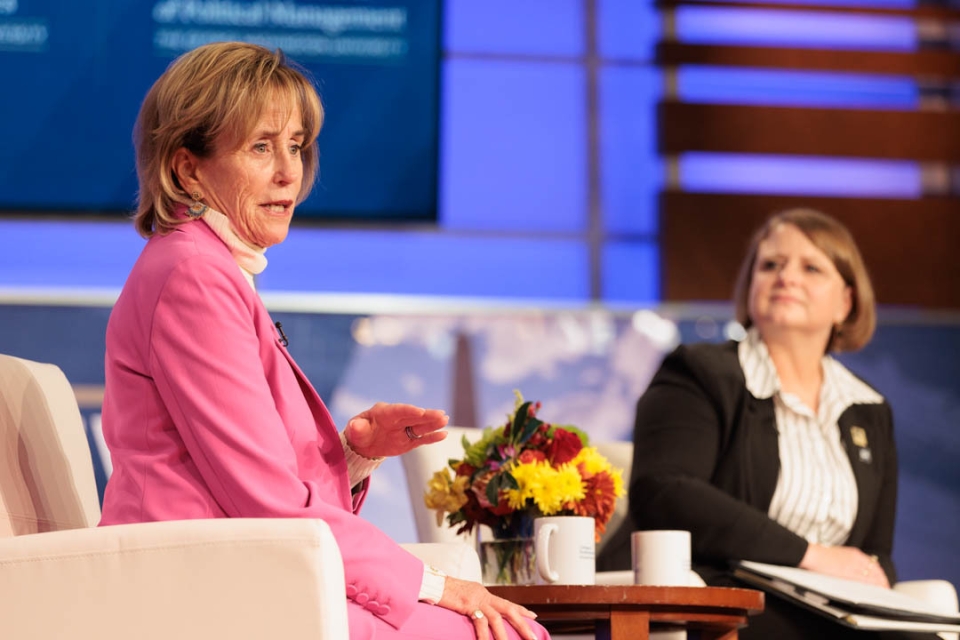 Valerie Biden Owens, President Joe Biden’s sister, talked to an audience Friday at George Washington University about her life growing up with three brothers, changes in the country’s political institutions and breaking barriers for women in political campaigns.

Biden Owens, among the first women to direct a presidential campaign, was the featured speaker at a two-day seminar, “Strategy of Electoral Campaigns: Elections in the U.S. and Latin America,” hosted by the Graduate School of Political Management (GSPM) and the College of Professional Studies (CPS). She also discussed her best-selling memoir, “Growing Up Biden.”

Roberto Izurieta, director of Latin American Projects for GSPM, presided over the event in Jack Morton Auditorium that was conducted in English and Spanish. He introduced GW President Mark S. Wrighton, who in turn introduced Biden Owens, calling her “an extremely energetic and very personable young woman” whose “memoir details life challenges and motherhood while navigating professional experiences throughout her successful career.”

CPS Dean Liesl Riddle began the conversation with Biden Owens by describing her memoir “as a beautiful way of taking stock of how a lifetime creates impact, digging back into the roots of who you are and how your family shapes what you do.” Riddle asked why she wrote the book.

Biden Owens said that some people release their emotions by running five miles or playing the piano. “I write,” she said. “I sit down and tell stories, and my three children said put these stories in a book.”

She described growing up with three brothers in a middle class Irish Catholic family in mid-20th-century America that she “bet shared [with the audience] many of the things that make the magic of family, the threads that bind us together, the fabric of family, commitment, loyalty and love and also heartbreak, betrayal and loss.”

She spoke at length about the changes that have taken place during her lifetime in the basic tenets between Republicans and Democrats and among the three branches of the federal government.

“Until the last couple of decades,” she said, “There was no dispute about the power and authority of those three pillars. But over the last years, the process that has been injected into our politics is one of populism,...the belief and the ability that you can question the legitimacy of our institutions.”

The institutions themselves have been radicalized by “bad actors,” she said, mentioning the revolution led by former Republican House Speaker Newt Gingrich in the 90s when “we began to demonize our opponents.”

“When my brother was elected in 1972, there was a congeniality, colleagues working together, different perspectives, you sat on that side, and these guys sat on this side, but there was a commonality that you come to a consensus,” she said. “There was not the righteousness that prevails today, the judgment that if you don’t agree with me then there is something wrong with you, you’re no good, you’re a bad person.”

She said that she and her brother recently had reminisced about a time when he crossed the aisle to sit with Sen. John McCain (R-Arizona) during a heated debate, and both senators were reprimanded by their party caucuses.

“It’s awfully hard to demonize that person when you spend time with them and their spouse and you realize his mother is dying of cancer or his son has a problem with mental health,” said Biden Owens. “I can call you anything right now and get away with it.”

As for her breaking through the glass ceiling in political campaigns, Biden Owens said there’s a simple answer: her brother, “Joe.”

“From the time I can remember my brother told me, ‘Come on Val. We have things to do, places to go and people to see,’” she said. “And we began our journey. I was his sidekick.” 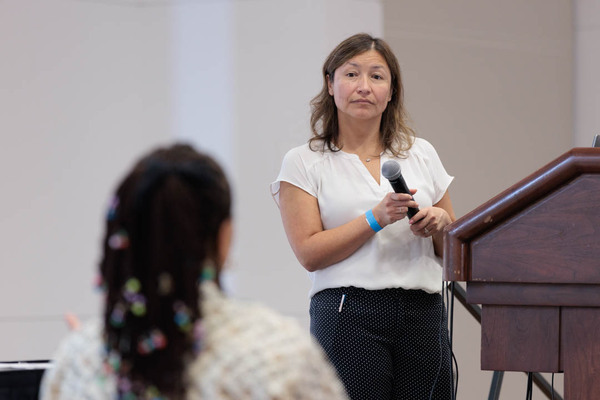