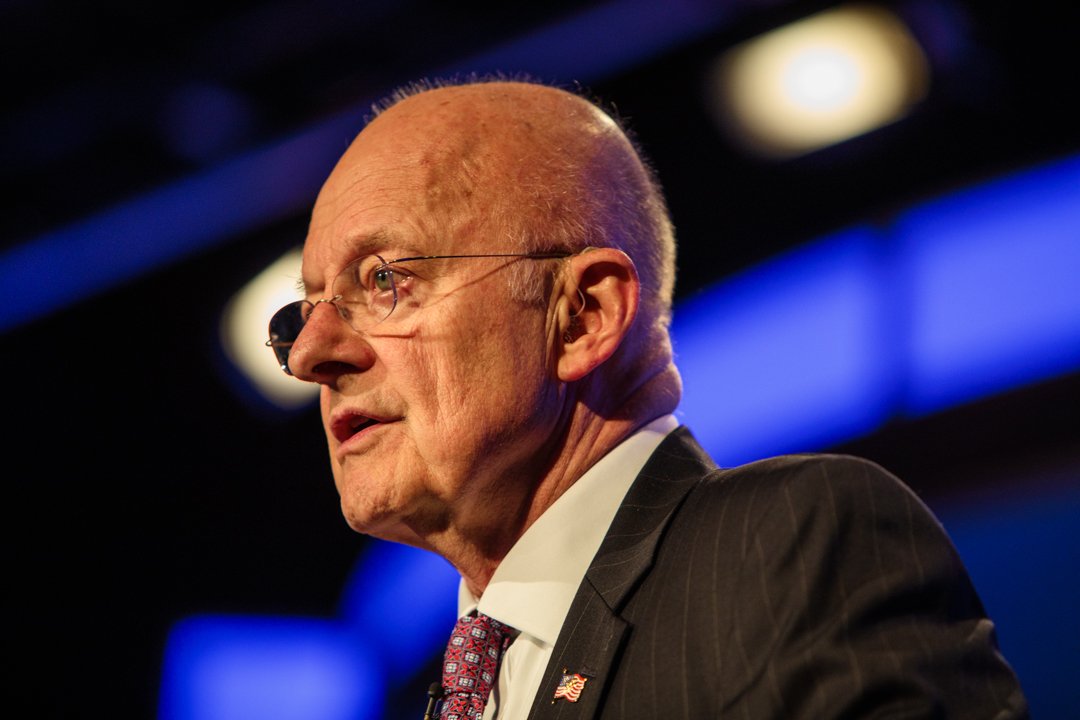 The intelligence community concluded that Russia used social media during the 2016 presidential election to sow discord and inflame political tensions. It was the most aggressive assault on the United States political system to date, Mr. Clapper said at George Washington University on Monday.

“Given the impact that social media has, I just don’t see how we can continue to allow it to be unregulated,” Mr. Clapper said.

Mr. Clapper gave an address and participated in a Q & A session at Jack Morton Auditorium as part of the Contentious Narratives conference, co-hosted this week by GW’s School of Media and Public Affairs, GW’s Elliott School of International Affairs and the Harvard University Kennedy School’s Carr Center for Human Rights Policy. The conference examined the effects of disinformation on peace building and on efforts to document human rights abuse and war crimes. The Q & A was moderated by David Ensor, director of GW's Project for Media and National Security and former director of Voice of America.

President Barack Obama asked the intelligence community to put together an assessment of Russia’s interference in the presidential election in December 2016 to hand off to then-President elect Donald Trump. The report found there was no evidence that foreign actors tampered with voter tallies. The report could not say what impact Russian social media efforts had on the election outcome, Mr. Clapper said.

“To me, now as a private citizen, it stretches credulity and logic to suggest it had no impact,” he said. “It had to have an impact on some voter decisions.”

Mr. Clapper, who resigned at the end of the Obama administration, believes the Russians are still mounting an aggressive campaign against the United States through social media. The country is not prepared to handle it under Mr. Trump’s leadership, he said.

“I continue to be concerned, very concerned, as a citizen, by the president’s almost aggressive indifference to the threat posed by Russia,” he said.

The United States should regulate social media the way the country regulates cigarettes, which come with warnings about the health impact of smoking on the package. Social media posts from potentially hostile actors shouldn’t be censored, but the audience should know where they come from. The United States should work to secure voting apparatuses and use backup paper ballots to guard against Russian meddling in future elections, Mr. Clapper said.

It was a positive sign to see Mr. Trump standing with European allies and expelling Russian diplomats after a former Russian spy living in England was poisoned with nerve agent, Mr. Clapper said. Britain has blamed Russia for the attack and several allies have taken action against Russia in response.

Mr. Clapper is also hopeful about a possible summit between the United States and North Korea. Having exhausted other options for dealing with the isolated country, talking to them directly about pursuing peace is worth a shot.

After a long career in the military and intelligence, Mr. Clapper said it is instinctive for him to be loyal, reverential and respectful to the commander in chief. This has become difficult for him under Mr. Trump.

“This is a great time to be a former,” he joked. 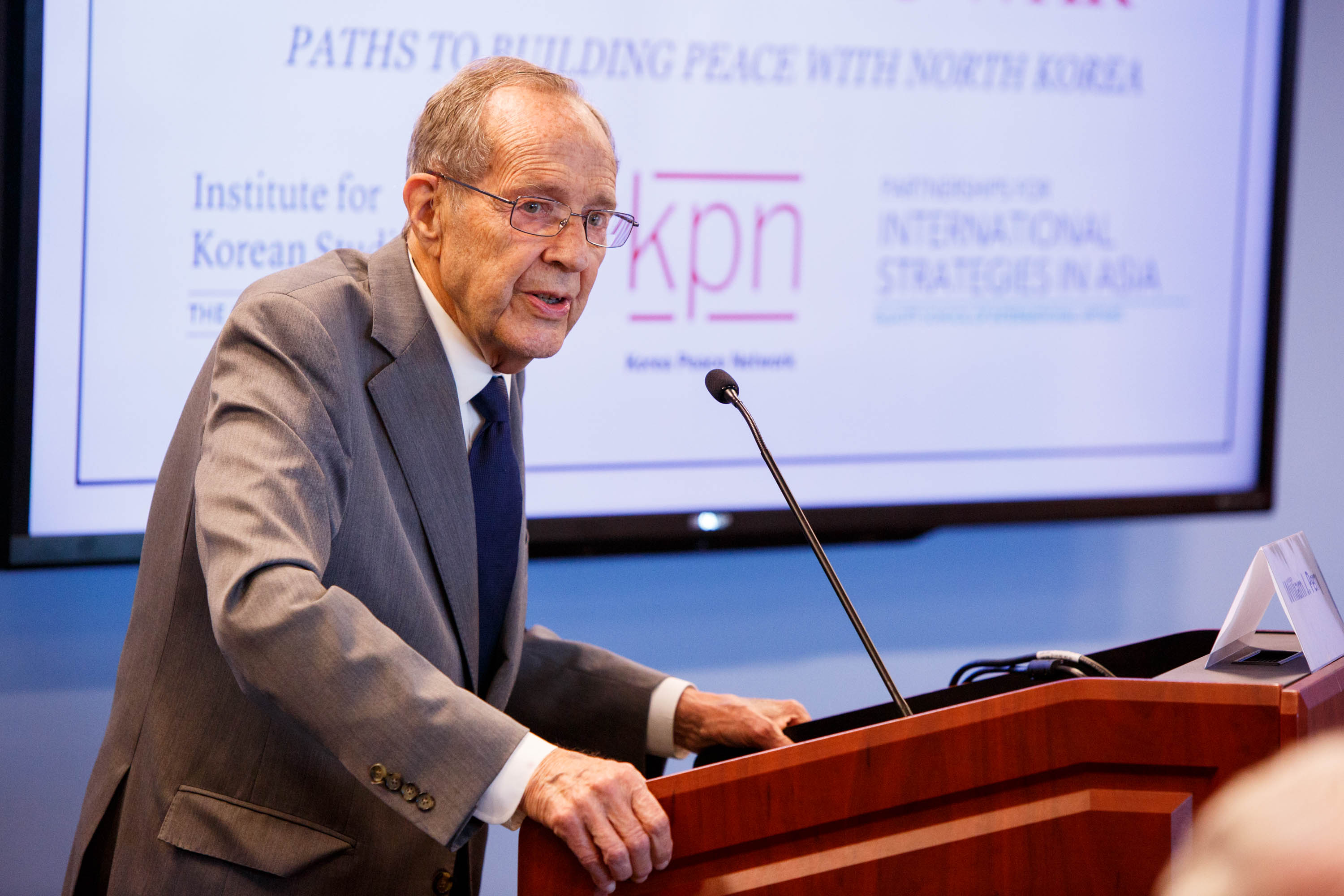 Conference Focuses on Relations between U.S. and North Korea