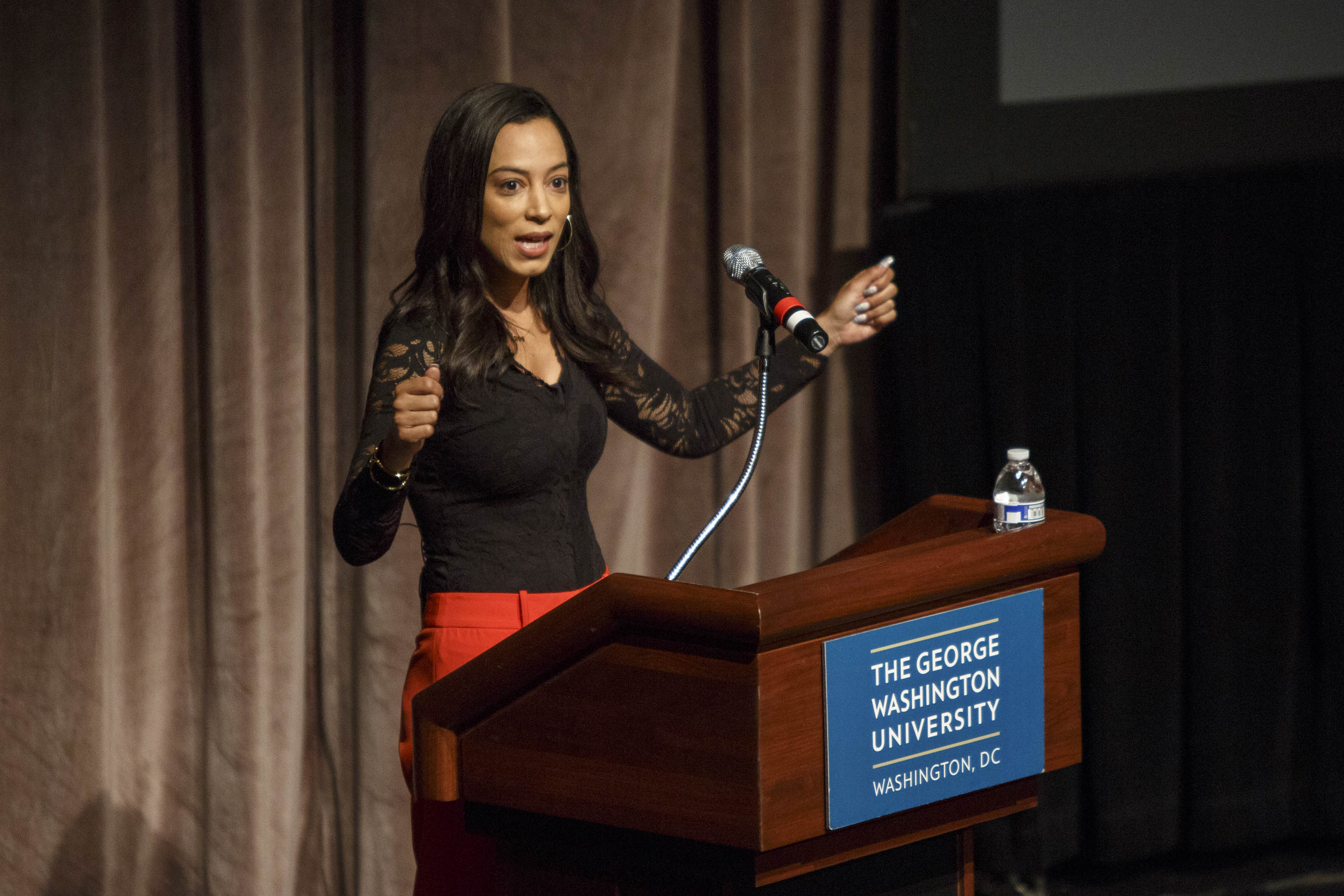 Ms. Rye said that she hoped her words inspire the audience in the Dorothy Betts Marvin Theatre to act on the issues facing the country, particularly the black community, and bring about social change by demanding rather than asking for solutions to those issues.

"We just have to get past the inspirational speeches,” Ms. Rye said. “It really is a season—it’s a really long season at this point—but it really is a season for us to begin moving and acting with a little bit more of a sense of urgency."

Ms. Rye is a political commentator and analyst with CNN and NPR and principal and CEO of IMPACT Strategies, a Washington, D.C., political advocacy firm. She previously served as executive director and general counsel to the Congressional Black Caucus. Ms. Rye is also well-known for her outspoken commentary on social and political issues.

Monday’s event kicks off GW’s annual Black Heritage Celebration, which features a series of programs throughout February to promote the traditions and values of African-American, Caribbean, African and Afro-Latino cultures. The Multicultural Student Services Center, which sponsors the activities for the Black Heritage Celebration, encourages the entire GW community to participate in the celebration.

In her keynote address, Ms. Rye discussed some of the issues the country is facing, such as the thousands of people in Puerto Rico still without power after Hurricane Maria, the people of Flint, Mich., who have been without clean drinking water for years and DACA recipients who face possible deportation without congressional action.

"I know it can get exhausting looking at all of the problems,” Ms. Rye said. “But when you channel your power in the right way, and realize it's OK to seek power, to work in power, you'll be able to move the needle on the issues."

Ms. Rye used her speech introduce an economic agenda for the black community that includes divesting from large banks and investing in banks owned by black people, providing black businesses with access to capital and diversifying investments. Ms. Rye also emphasized the importance of supporting organizations that advocate for black people like the NAACP and the National Urban League to help implement solutions to economic inequality.

The political agenda Ms. Rye introduced in her address called for the national anthem to be changed, reparations for the descendants of slaves and equal funding for historically black colleges and universities. She also aims to drive the Democratic Party toward multiculturalism through political parties for various ethnic and racial groups to ensure interests of people of color are protected. Much of Ms. Rye’s speech was met with emphatic cheers and interjections from the crowd.

Kemani Hunter, vice-president of the Black Student Union and co-chair of the Black Heritage Celebration committee, said that this year the committee hopes to highlight aspects of American culture that were initially pioneered or made popular by black Americans. Mr. Hunter said he thought Ms. Rye was funny and refreshing during her keynote speech, and that her bold and upfront approach is something he hopes others emulate.

"The fact that she was so upfront and open about her blackness was very nice to see,” Mr. Hunter said. “Her overall persona, or her character, I think in itself is very inspiring to all the people here." 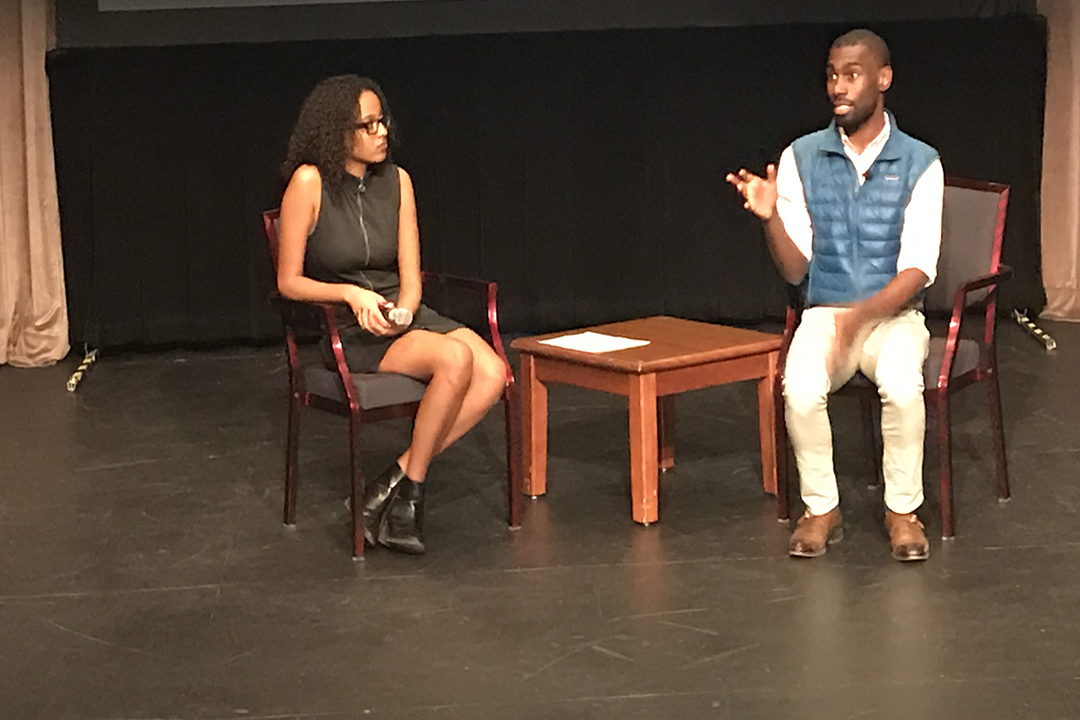