Elliott School’s “No Lost Generation” convened a panel of advocates for student refugees to talk about the obstacles refugees face and their resilience.
November 12, 2021 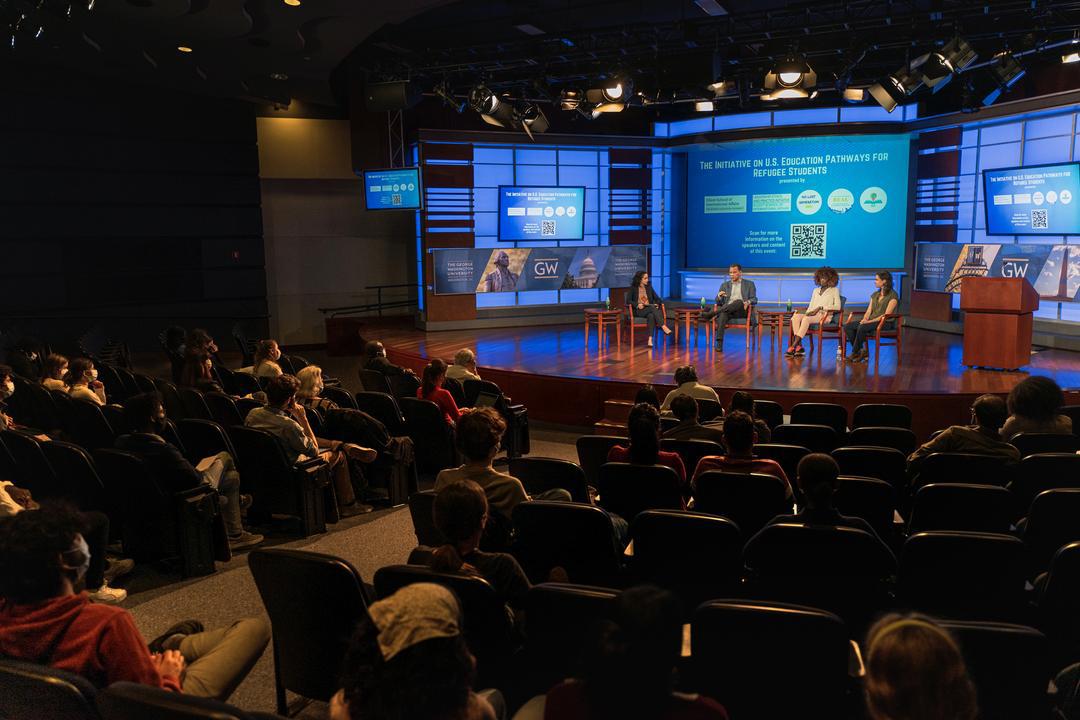 When you do refugee work, you often reflect on what drives people to leave home, said George Washington University alumnus Kyle Farmbry, B.A. ’92, M.P.A. ’94, Ph.D. ’99, who first became involved in that work during an internship with the United States Committee for Refugees in 1988.

“When you think about folks who cross miles upon miles of very hostile territory, hop into a little rubber inflatable raft and try to go across an ocean, knowing in a lot of cases the boat might not make it, you have to think about the resilience and the determination,” he said. The millions of refugees left behind in quasi-resettlement camps are “untapped human potential when you don’t create educational opportunities.”

Dr. Farmbry is the incoming president of Guildford College in North Carolina, a professor in the School of Public Affairs at Rutgers University-Newark and the director of the University Alliance of Refugees and at-risk Migrants.

He was speaking at a panel Tuesday evening titled “The Initiative on U.S. Higher Education Pathways for Refugee Students” in Jack Morton Auditorium that was hosted by GW’s No Lost Generation (NLG), an organization of the Elliott School of International Affairs. Opening the discussion, Emmanuelle Dyer-Melhado, NLG’s co-network coordinator, said of GW’s No Lost Generation, “We volunteer with local resettled populations. We advocate for refugee issues by lobbying Congress, and we fundraise around $3,000 a semester [to support refugee students].”

NLG Executive Director Olivia Issa, a senior, who is majoring in political science and Arabic studies at the Columbian College of Arts and Sciences, has been engaged in refugee advocacy for the past six years. She served as moderator for the panel that included Diing Manyang, a senior who came to GW after leaving Kakuma Camp in Kenya, the largest refugee settlement in the world, and Rosie Hughes, a refugee education pathways expert with the United Nations High Commission on Refugees.

The Kakuma Refugee Camp, where Ms. Manyang grew up, has just three high schools for a population of about 250,00 refugees, 60% of whom are school age children. Founded in 1992 to take in the Lost Boys who fled the civil war in Sudan, “Generation after generation are still there,” she said.

When Ms. Manyang and two other students left the camp for universities, they founded “Elimisha Kakuma” to help other refugee students get into colleges and universities by creating an intensive language program and preparing them to apply and assimilate into campus culture.

Getting out of a refugee camp, much less into a university, is no simple matter. The quickest and easiest way to get into the United States, she said, is with an F1 Visa, which requires a passport from a specific country. She said that “is very challenging because [the refugee] would have to travel back to the country [they came from] …which is really dangerous because as a refugee, you ran away from your country.”

It is one in a series of barriers a student refugee must overcome. Though refugee camps provide food and necessities, the student must come up with the cost to travel to the home country and to the embassy. Even if a student acquired a scholarship, Ms. Hughes said, “they don’t cover things like visa fees, which may not sound astronomical at $30 or $70 here. Those can be deal breakers for a lot of students. The financial aspect is a big [barrier].”

There is an alternative called a Convention Travel Document that is issued by the United Nations. But Ms. Hughes said that counselor officials in U.S. embassies don’t often understand that it is a valid legal document, and it immediately identifies the bearer as a refugee.

“[The student] needs to demonstrate in the interview with the counselor officer an intent to return home,” she said. “A counselor officer will see this and say, ‘You’re clearly intending to stay in the U.S. because you don’t have a home to go back to. So, I’m going to deny you a visa.’”

Ms. Hughes said the United Nations is proposing that the U.S. government allow colleges and universities to sponsor refugee students overseas and allow them to come to the United States through the refugee settlement program, which offers a pathway to permanent residency. The current administration in Washington is considering piloting a private sponsorship program.

From experience working with refugee students, Dr. Farmbry said, getting to the university comes with its own challenges, “…moments when it’s just tough. ‘How am I going to rent and eat and pay for the other costs of going to school.’ There are emotional cycles [for which] there are not always a social safety net.”

The GW No Lost Generation is proposing a Welcoming Campus Initiative to raise money to support students with refugee backgrounds through the application process, arrival to campus, acclimation to academic and social life and with the financial burden associated with attending a U.S.-based university.

The initiative would provide what Dr. Farmbry characterized as “an extra layer of understanding in relationships with students” whose pathway was so arduous in getting to U.S. colleges and universities. 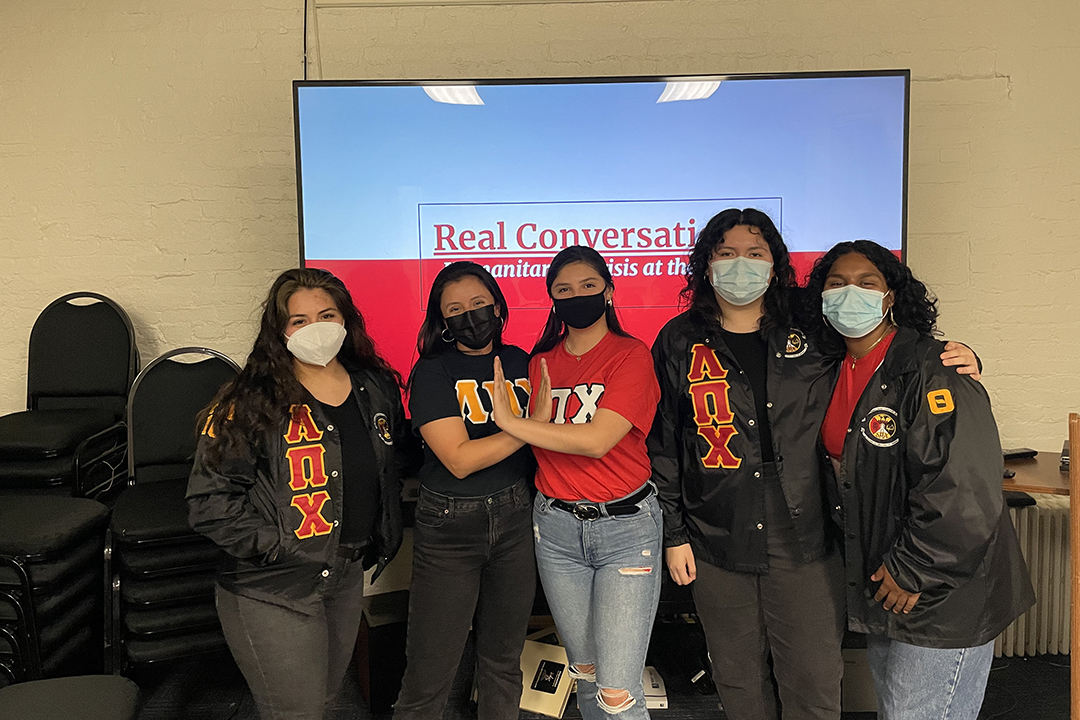