Students joined world-class chefs at a José Andrés-inspired paella-fest on Potomac Square, the culmination of a class highlighting food issues around the world.
December 6, 2022 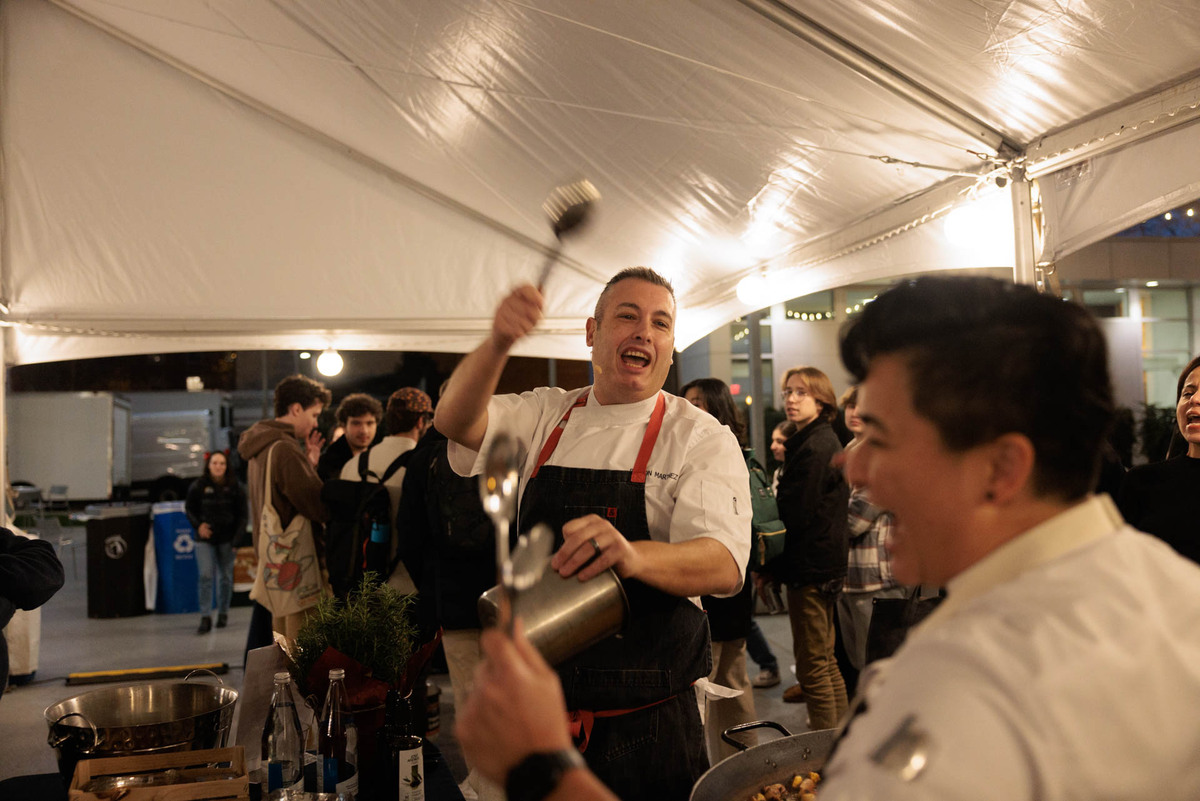 Students, faculty and members of the George Washington University community got a taste of traditional Spanish cooking and a serving of lessons on the role of food around the world at a paella party on Tuesday in Potomac Square—all part of an immersive cooking and classroom experience designed by internationally renowned chef and humanitarian José Andrés.

Working alongside chefs from Andrés’ restaurants, students fired up over-sized pans of the rice dish and sampled both vegan and traditional Valencia-style paella, served with chicken, rabbit and Romano beans.

“Paella is a way of life,” said Ramon Martinez, executive chef at Andrés’ Jaleo restaurant. “Once you learn to cook paella, you can cook anything.”

GW President Mark S. Wrighton, who joined the session in Potomac Square, called Andrés “a remarkable, creative, dedicated person who is doing much around the world.”

“This class is a true only-at-GW event,” Wrighton said. “I’m very grateful that [Andrés] has made a commitment to being part of the GW experience for the students.”

Andrés founded the nonprofit World Central Kitchen in 2010 to bring prepared food to Haiti following its devastating earthquake and has since led food relief efforts in disaster zones such as Puerto Rico after Hurricane Maria and the Carolinas after Hurricane Florence. In 2014, he received an honorary doctorate degree in public service from GW and served as the university's commencement speaker. After Russia invaded Ukraine earlier this year, Andrés set up in Ukraine and, as of late November, had served almost 180 million meals and was awarded the Ukrainian Order of Merit from Ukrainian President Volodymyr Zelenskyy.

For students, the paella cookout was the culmination of the Andrés-designed World on a Plate course, which surveyed the many ways in which food and society interact in arenas from public health to science to politics. Throughout the course, students explored how food both connects and divides us, examining a system that often favors industry over the poor but can also be key in sustaining community and cultural traditions.

“The event highlights for students how food connects to everyone,” said Associate Professor of Biology Tara Scully, director of the sustainability minor program at the Columbian College of Arts and Sciences and lecture instructor for the class. “That’s something Jose really puts forth, whether he’s serving somebody at a restaurant or serving somebody in the middle of a war zone. We need to have people sit down at a table and talk about how we’re going to make sure that everybody is fed around the world.”

Class topics ranged from sustainability and food security concerns to celebrating culinary traditions from enslaved people, Indigenous and Native communities and immigrants. A class exploring global food supply issues in the wake of the war in Ukraine featured guest speakers including an NPR reporter, a former executive director of World Central Kitchen and an agricultural scientist for a consulting firm in Kyiv. In his remarks, Wrighton noted that both he and his wife have grandparents from Ukraine and “we care deeply about what’s happening in that part of the world. [Andrés] and his team are acting very effectively to help people in that war-torn region.”

“Food is a part of everything that we do. It’s how we function, how we operate,” she said. “Food shouldn’t be considered a luxury. It needs to be treated as something that must be accessible to everyone.” 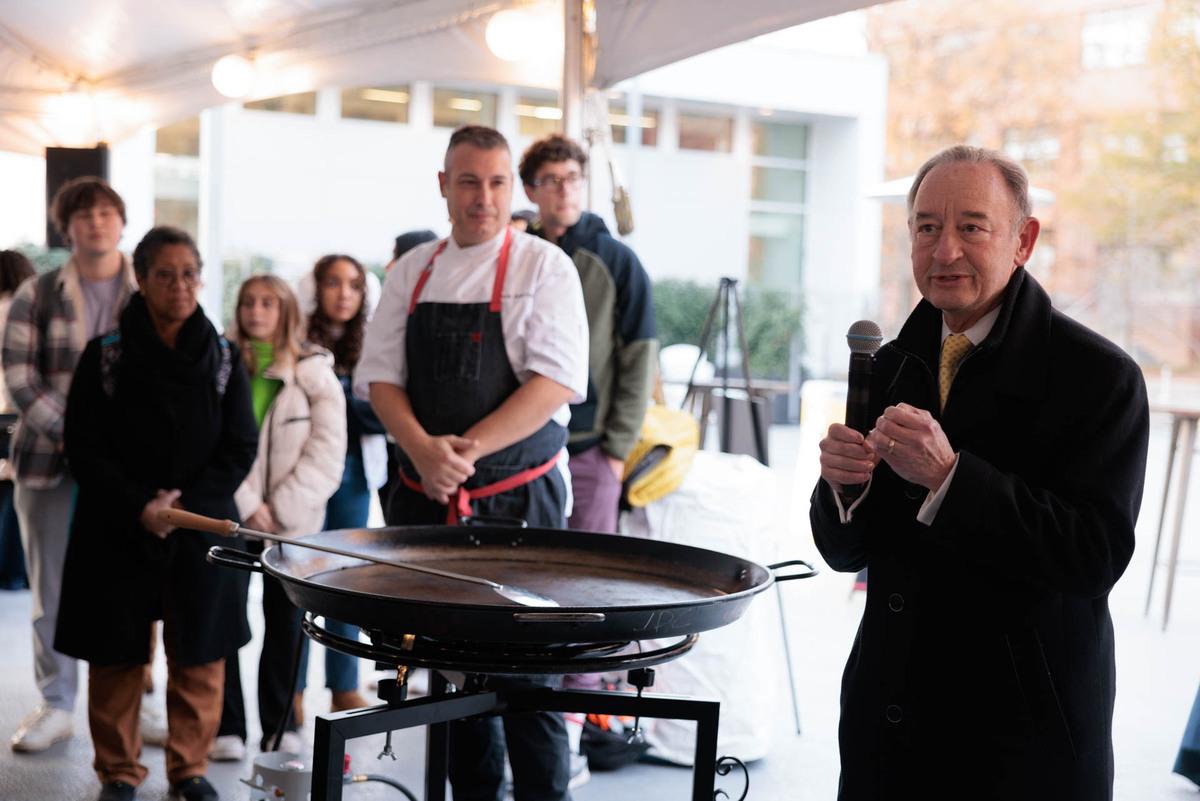 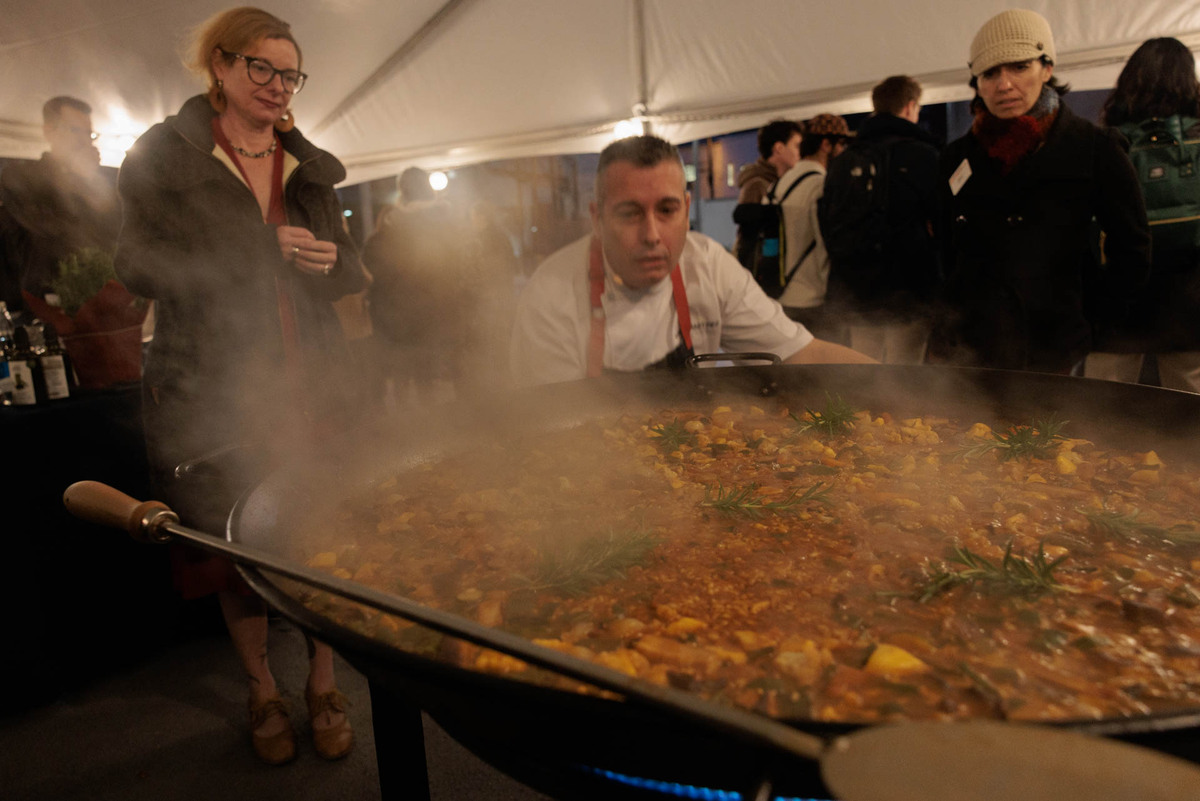 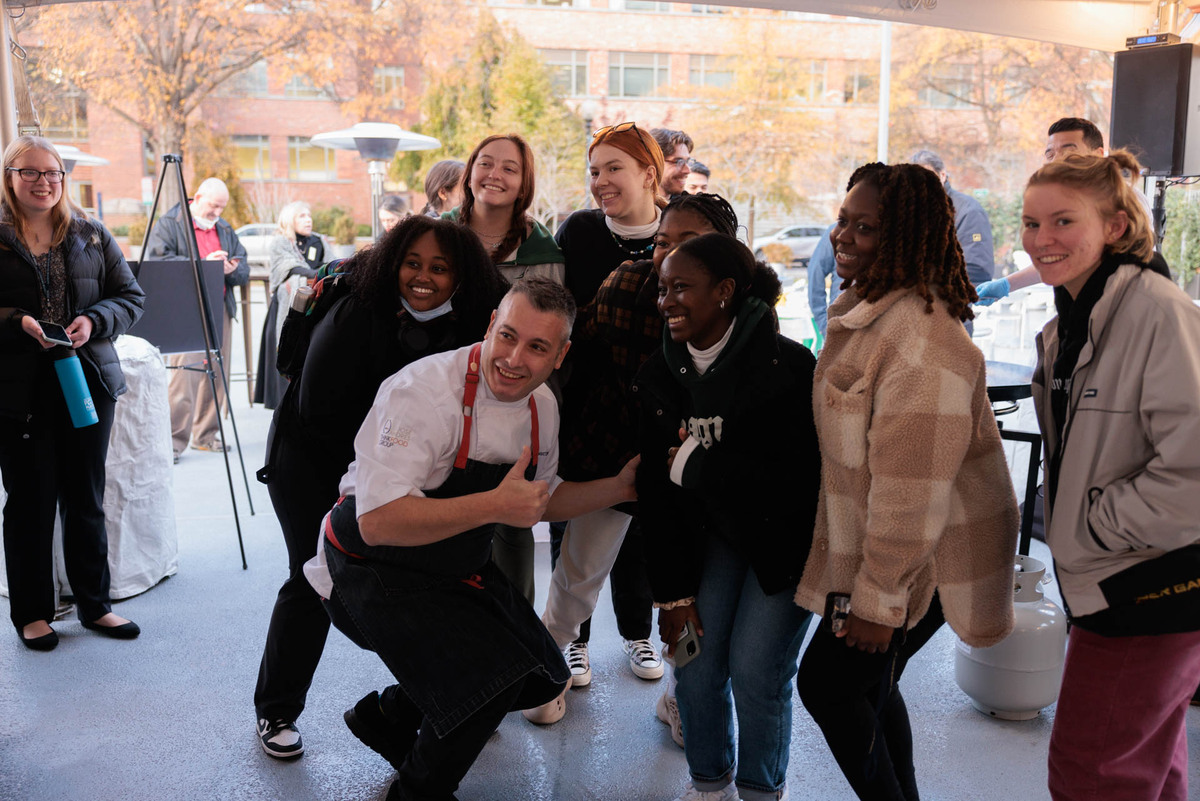 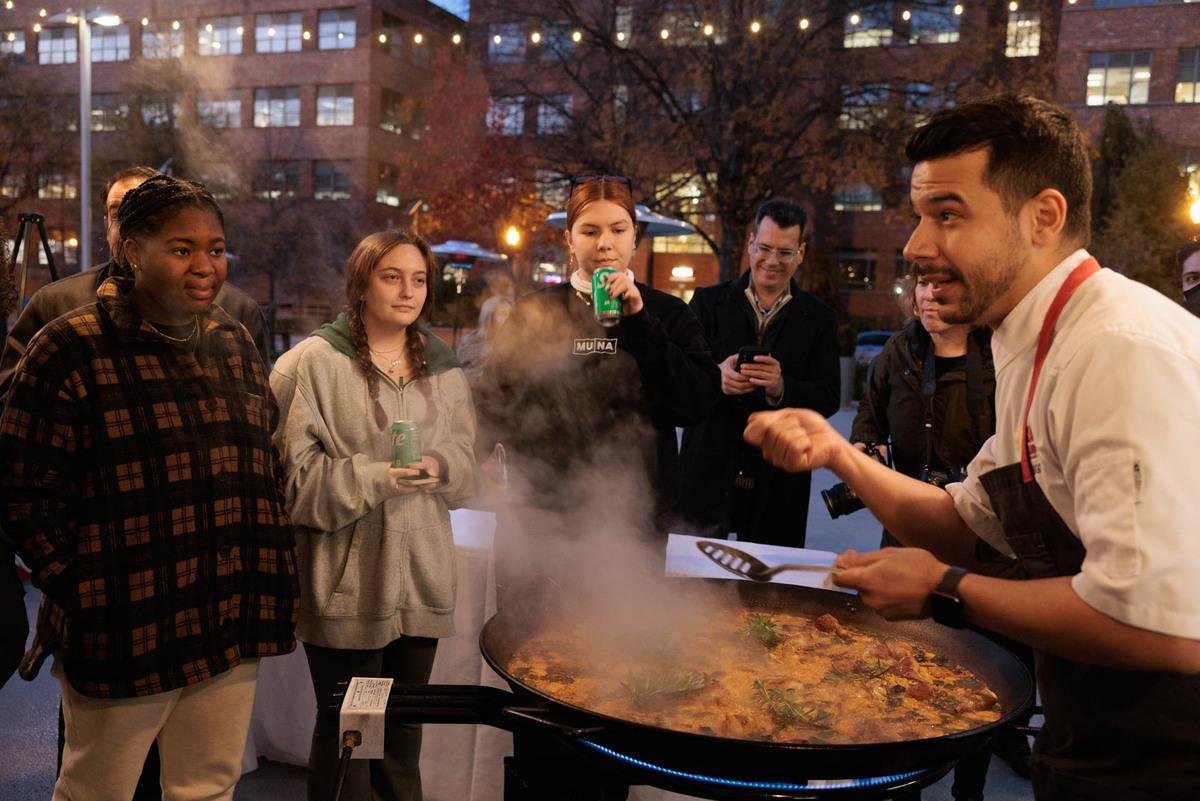 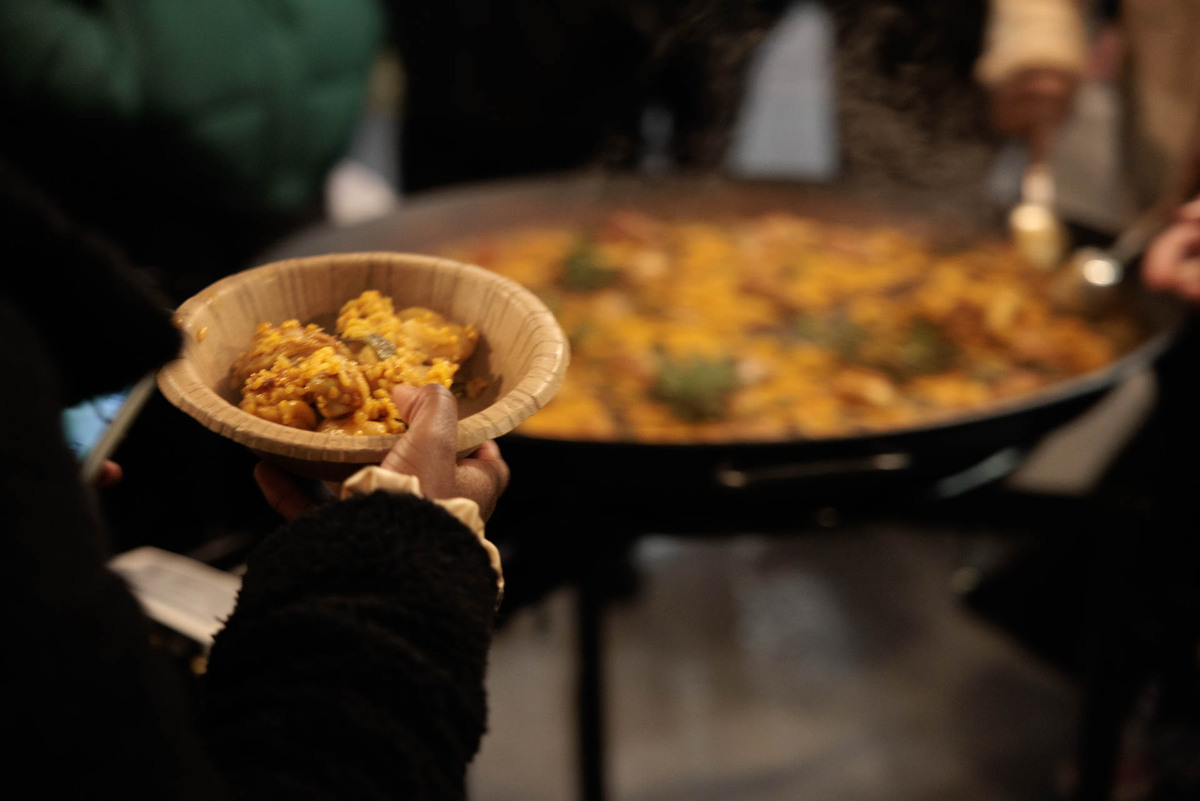