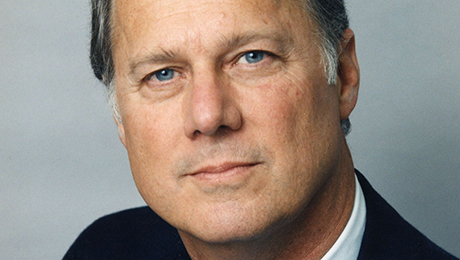 William H. Dietz is an expert consultant on obesity, nutrition and physical fitness

The Milken Institute School of Public Health at the George Washington University  has named William H. Dietz as the director of the Sumner M. Redstone Global Center for Prevention and Wellness, an appointment that will accelerate the school’s search for solutions to obesity and other public health problems that are on the rise not just in the U.S., but worldwide.

Dr. Dietz comes to the Milken Institute SPH most recently from his role as an expert consultant on obesity, nutrition and physical fitness. Prior to that, Dr. Dietz served for 15 years as the director of the Division of Nutrition, Physical Activity and Obesity at the Centers for Disease Control and Prevention in Atlanta. In that role, he was on the front lines of the fight against obesity—a health condition that affects one out of three adults in the United States.

“It is with great pleasure that I welcome Dr. Dietz to the Milken Institute School of Public Health where he will lead our efforts to find innovative strategies to expand wellness and the prevention of chronic diseases,” said Lynn R. Goldman, Michael and Lori Milken Dean of Public Health. “Dr. Dietz brings decades of expertise on nutrition, physical activity and the increasingly urgent battle against obesity to our newly founded Redstone Center.”

On March 11, the George Washington University announced it received a $30 million donation from the Sumner M. Redstone Charitable Foundation to establish the Sumner M. Redstone Global Center for Prevention and Wellness. At the same time, the Milken Institute and the Milken Family Foundation also donated gifts bringing the total package to $80 million—resources that will be used by the Milken Institute SPH to fund new and ongoing research as well as create scholarship opportunities.

As the Redstone Center’s director, Dr. Dietz will utilize his knowledge to step up the hunt for innovative initiatives that can stave off unhealthy weight gain, poor nutrition and chronic diseases.

“We know that inactivity and obesity can lead to diabetes and other chronic conditions that are difficult to stop or treat once they take hold,” said Dr. Dietz, who is also a visiting professor in the Department of Prevention and Community Health. “The Milken Institute School of Public Health has a well-deserved reputation for leading public health research, both nationally and internationally. I look forward to developing strategies that can take us to the next level in keeping people healthy and fit—right from the start.”

A recent study has suggested a drop in obesity rates among America’s youngest children, but Dr. Dietz and other experts say the nation still has a long way to go to turn the corner on this serious and costly public health problem. According to one study, more than half of all Americans could be obese by the year 2030—resulting in many new cases of related conditions such as heart disease, diabetes and stroke.

In addition to his role as a public health leader at the CDC, Dr. Dietz has a portfolio that includes more than 200 published research papers in scientific journals including the “New England Journal of Medicine,” “Pediatrics,” the “American Journal of Clinical Nutrition” and others. His work in the field of childhood obesity includes the first study to demonstrate a relationship between television viewing habits and obesity in young children.

He is a member of the prestigious Institute of Medicine and has served on many professional advisory boards, including the expert panel that published the Clinical Guidelines on the Identification, Evaluation, and Treatment of Overweight and Obesity, a landmark 1998 report that reclassified many “normal weight” Americans as “overweight.” In addition, he is the editor of five books, including “Clinical Obesity in Adults and Children and Nutrition: What Every Parent Needs to Know.”

Prior to his appointment at the CDC, Dr. Dietz served as a professor of pediatrics at Tufts University School of Medicine and director of clinical nutrition at the Floating Hospital of New England Medical Center Hospitals. His awards include the John Stalker Award from the American School Food Service Association for his efforts to improve school lunches and the George Bray Founders Award from the North American Association for the Study of Obesity. And in 2012, he received a Special Recognition Award from the American Academy of Pediatrics Provisional Section on Obesity.

He received a B.A. from Wesleyan University in 1966 and an M.D. degree from the University of Pennsylvania in 1970. He went on to complete a residency in pediatrics at the Upstate Medical Center in Syracuse and then earned a Ph.D. in the area of nutritional biochemistry from the Massachusetts Institute of Technology in 1981.