Monitoring Domestic Terrorism in the U.S.

Head of the Justice Department office says feds look out for the crime not the ideology.
October 15, 2016 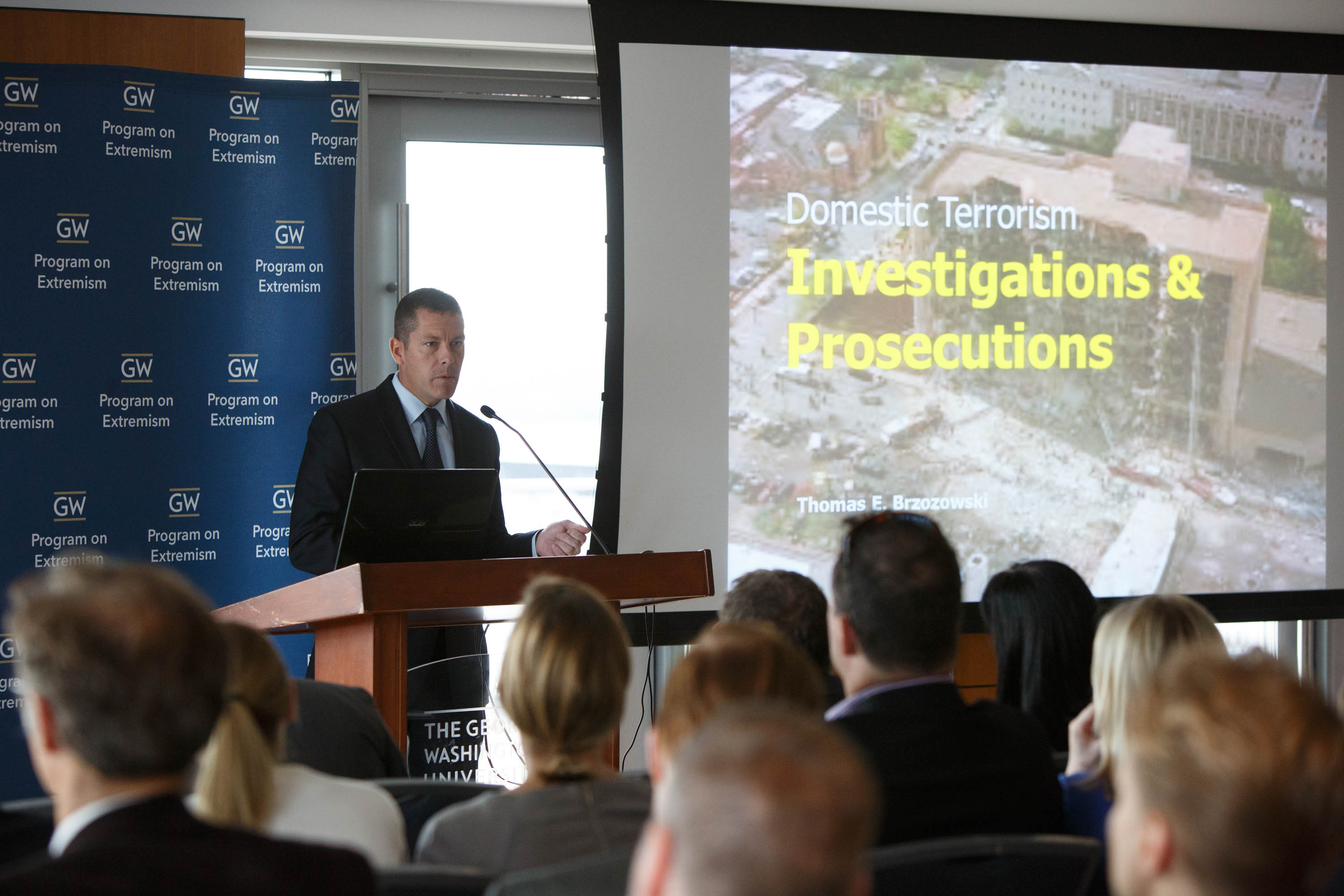 When Thomas Brzozowski was appointed to lead the Justice Department’s new domestic terrorism office a year ago, he traveled across the United States talking to federal, state and local law enforcement. His goal was simple: find out how serious domestic terrorism is in this country.

“It is not just a function of a couple of militia related guys taking over something out West. It’s not just a bunch of white supremacist in white hoods, “said Mr. Brzozowski as he engaged in a dialogue with an audience that packed the City View Room at the George Washington University on Thursday. “It’s beyond that, and it has extended all the way back to the beginning of our republic.”

“It is not relegated toward a particular ideology,” he said. “In fact, the nature of the underlying ideology is immaterial to how we approach domestic terrorism.”

Seamus Hughes, deputy director of GW’s Program on Extremism, said he wanted to start a conversation about domestic terrorism in the United States in a new way.

Mr. Brzozowski gave an overview of the tools the Justice Department uses and the limitations in coming to terms with domestic terrorism. For example, there really is no way to account for how many groups or individuals in the United States are involved in domestic terrorism.

Neither the Justice Department nor the FBI keep list of domestic terrorism organizations, he said.

“The main reasons for that” he said, “is that the question of civil liberties is at the heart of every investigation and prosecution of domestic terrorism.”

In the past, a host of groups such as anarchists and the Ku Klux Klan have been under surveillance by the federal government. When the FBI was formed in the early 20th century, communists and later anti-war activists, women’s rights organizations and civil rights groups came to be viewed as domestic threats.

“Things quickly spiraled out of control, and the FBI and other federal entities were perceived to have overstepped authority and were infringing on the civil liberties of ordinary Americans,” Mr. Brzozowski said. “There were more than 65,000 domestic intelligence files on working Americans, many of them simply exercising their civil liberties. That was construed as a giant problem.”

This is the same scenario Mr. Brzozowski said he laid out for FBI agents and federal prosecutors the past year, explaining how the Justice Department approach to domestic terrorism after surveillance activities was reined in by the Church Committee in 1975.

One very important piece of legislation to come out of that Senate committee, he said, was the Privacy Act.

“[It] commands that the FBI cannot collect and retain information based solely on an individual’s exercise of the First Amendment right. That seems obvious to us, but it has been enshrined in legislation. It is the law. ”