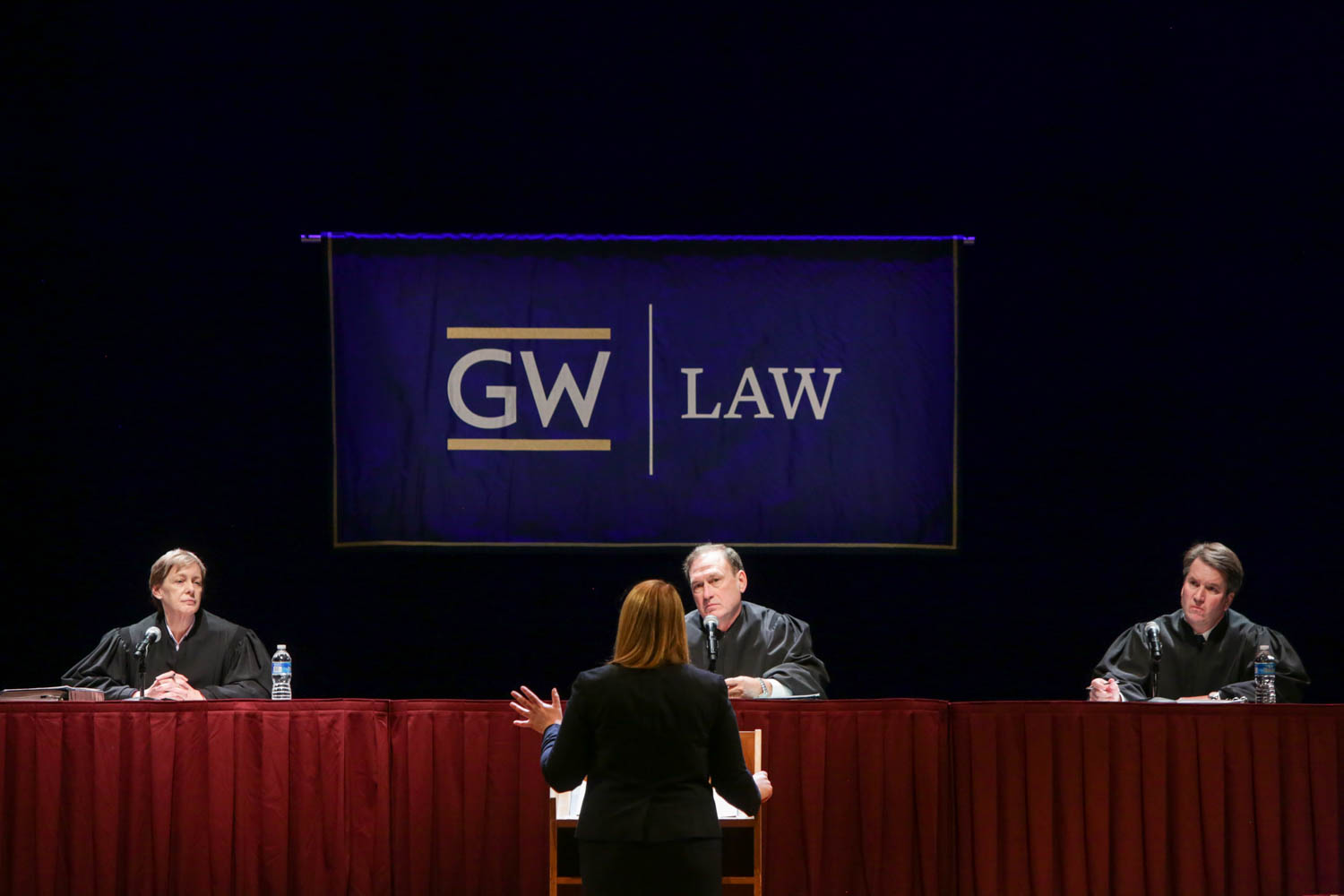 This was the seventh time in nine years that a Supreme Court justice has anchored the bench at a Van Vleck final, the most recent being Justice Sonia Sotomayor in 2014.

Now in its 65th year, the mock courtroom competition is a signature event for the George Washington University Law School. This was the first ever all-female Van Vleck final.

The problem at issue, composed by competition co-chairs Natalee Allenbaugh and Michael Jones, centered on the constitutionality of a fictional regulation instituting a mandatory discount program for combat veterans at major music concerts.

Ms. Haigney and Ms. Noonan, arguing on behalf of the owner of a major music venue in the district, contended that the regulation and its implementation violated both the takings clause of the Fifth Amendment of the U.S. Constitution and the due process clause of the 14th Amendment.

The three judges were animated and provocative, firing questions and hypotheticals at all four advocates.

Ms. Hobbs and Ms. Withers, who argued for the local government imposing the regulation, were judged the winners—but not without difficulty.

“If we were not required to come back out here and announce a winning team right now I think we’d probably still be back there debating,” Justice Alito said when the bench returned after deliberation. “And we’d still be there during the blizzard. Maybe some time next week we’d come to some kind of decision.”

Justice Alito shared recollections of his own mock trial experience, readily admitting “how much better these competitors are than I was.” He remembered a particularly galling moment as a law student when a judge asked him the same question several times in a row, to his increasing frustration. When he suggested the court move on, the judge insisted, “You haven’t answered the question to my satisfaction.”

“Without even thinking, I blurted out, ‘Well, I’ve answered it to my satisfaction!’” the justice recalled, to laughter. “So at least none of you did that.”

Congratulating all four competitors, Justice Alito said the narrowness of the winning margin would serve them all well in the future.

“There’s a lot of injustice in the decision-making process, so get used to it,” he joked.