Mandatory diversity training for all incoming students among steps university will take in response to offensive social media post.
February 7, 2018

I want to provide an update on the university’s response to the offensive social media post that was made last week.

University staff have now completed the initial fact-finding process, which involved numerous interviews including with the two individuals pictured in the image and the individual who posted it. Staff have also reviewed electronic data and it is consistent with the statements that have been made.

That said, the image was offensive and racially inflammatory—resulting in great harm to our community. Students are also telling us that strong reaction to the post was not just about this image, but about far deeper concerns regarding race relations and inclusion on our campus. This incident has clearly signaled that racial tension at the university needs to be confronted. We need to speak with one voice in saying racist acts against black students on this campus will not be tolerated.

Alpha Phi sorority has apologized for the incident and acknowledged issues within the sorority. University staff are communicating with the national headquarters and considering appropriate actions. Additionally, we will be further examining the role Greek life plays on our campus.

We have to use this moment not to focus on hostility toward individuals or groups, but as a catalyst to truly improve our community by embracing our diversity. We want to harness the energy that has been generated by this moment to move with purpose and a sense of urgency toward ensuring all students truly feel welcome on this campus.

Many groups and individuals on campus have called for mandatory diversity training for freshman students, and that is one of the steps I am announcing today. We will also begin implementing the following suggestions:

Additionally, university leaders will actively collaborate with student leaders to develop a comprehensive action plan that incorporates these measures and additional suggestions within the next 45 days.  I will keep the community updated and will hold a town hall with interested students in the next two weeks. I encourage your involvement as we move forward together.

A Message from Provost Forrest Maltzman 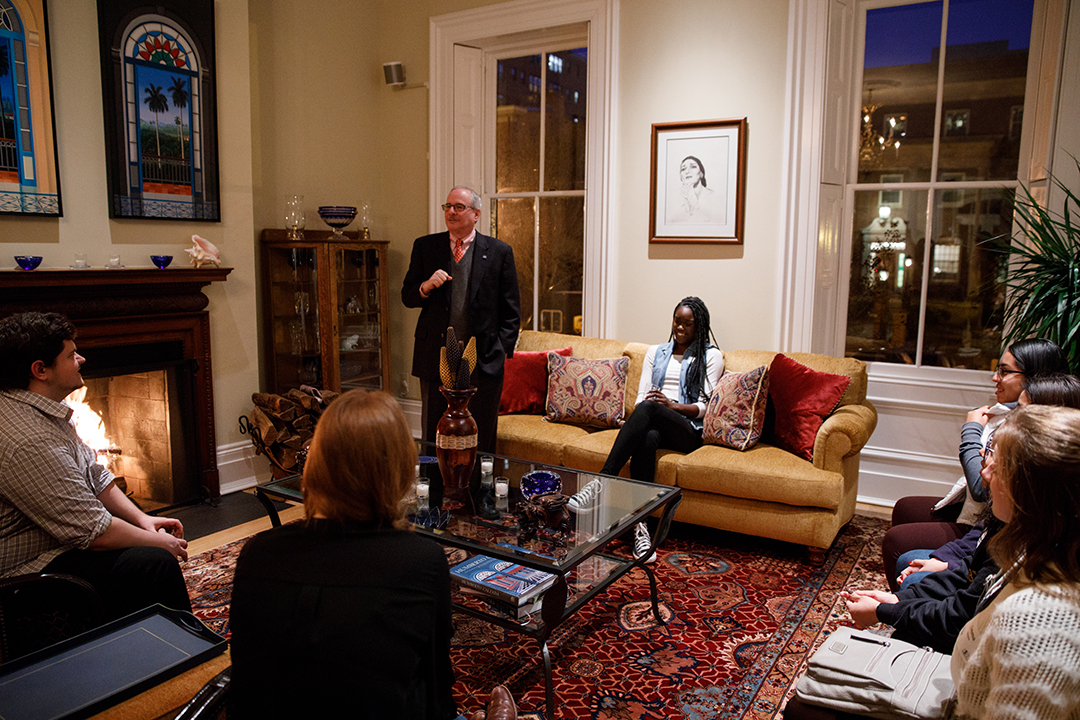