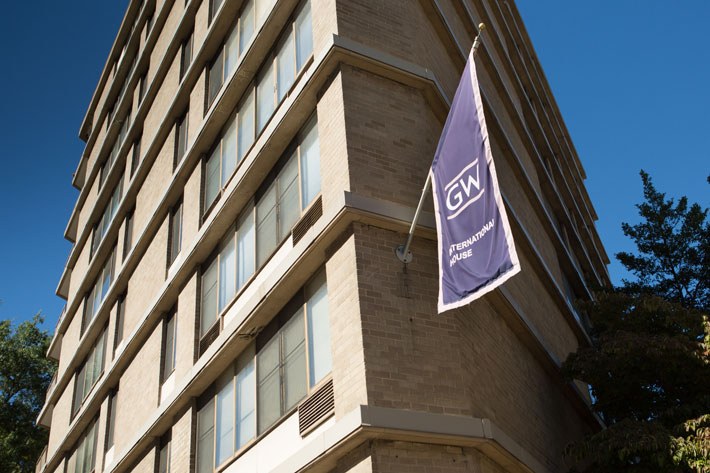 All of us were shocked several weeks ago by the discovery of swastikas in International House. With the help of GW Hillel’s executive director, Rabbi Yoni Kaiser-Blueth, and leaders of Jewish student organizations, the university has offered support and reassurance to students affected by this abhorrent act. Meanwhile, officers who have received anti-bias training have worked with our Office of Diversity and Inclusion in investigating the incident.

In light of that event, we were dismayed to discover this morning a new posting of a swastika, once again in International House, on the bulletin board of the Zeta Beta Tau fraternity. When the university learned this morning about the swastika’s presence, officers of the University Police Department responded immediately, both removing the swastika and launching a new investigation, which now includes the Metropolitan Police Department.

A member of Zeta Beta Tau has now admitted posting the swastika, which he says he acquired while traveling in India over Spring Break. While the student claims his act was not an expression of hatred, the university is referring the matter to the MPD for review by its Hate Crimes Unit. At the same time, information we have developed through our investigation of the swastikas discovered several weeks ago has led us to conclude that that incident should also be referred to the Hate Crimes Unit.

Since its adoption nearly a century ago as the symbol of the Nazi Party, the swastika has acquired an intrinsically anti-Semitic meaning, and therefore the act of posting it in a university residence hall is utterly unacceptable. Our entire community should be aware of the swastika’s association with genocide perpetrated against the Jewish people and should be concerned about the extremely harmful effects that displaying this symbol has on individuals and on the climate of our entire university community. The university will embark on a program of education to ensure that all members of our community understand the damage that symbols of hatred do to us all.

The George Washington University has a deep commitment to principles of inclusion, consistent with our namesake’s affirmation of religious freedom when he wrote in his letter to the Hebrew Congregation in Newport, Rhode Island that the government of the United States “gives to bigotry no sanction.” We must work together to guarantee that all our students are safe from expressions of bigotry and hatred.