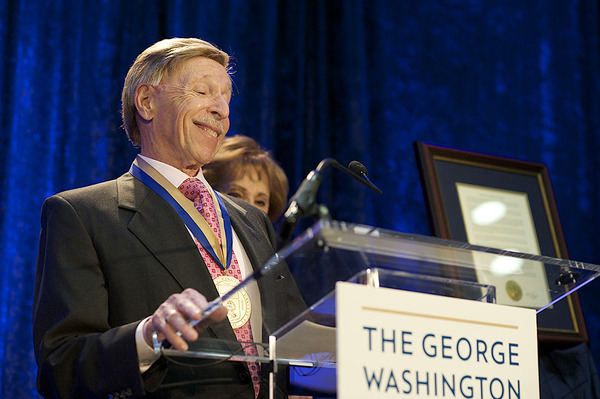 Morton “Morty” Funger, a steadfast supporter and dedicated champion of the George Washington University, died on Jan. 6. He was 92.

Funger is remembered for his leadership and philanthropic support of the university that spanned over five decades and included endowed professorships in the Columbian College of Arts and Sciences (CCAS), the Elliott School of International Affairs and the School of Medicine and Health Sciences. Funger also supported the arts at GW both in the music program and he George Washington University Museum and The Textile Museum.

Those close to Funger describe him as a humble, kind and gentle man known for his integrity.

“I was fortunate to have the opportunity to speak regularly with Mr. Funger,” said Aristide Collins Jr., university vice president, secretary and chief of staff. “In addition to his and Mrs. Funger’s philanthropy, he constantly recommended outstanding applicants to the university. In my conversations with him, we talked about his pride and love for his family, appreciation for GW and the broader community. He was kind and gracious with his time, and I learned a lot from him.”

Funger was born on June 19,1930. He received associatedegree from CCAS in 1952 and  bachelor’s degree in business administration from the School of Business in 1953.

After graduating from GW, Funger had a successful career in real estate development. He was president and owner of Ralmor Corporation and a partner in Condor Corporation, a family-owned real estate company. He was also a co-founder and chair of Community Realty Company, which was formed in 1963.

In 1986, Funger, along with his late wife, Norma Lee Funger, established the Funger Hall Endowment Fund, which helps with maintenance, renovation and operations costs for the building on the Foggy Bottom Campus. They also later established the W. Scott Funger Memorial Scholarship Fund in memory of their son. W. Scott Funger, J.D. ’83, who died in 2012.

In 2013, the Fungers were presented with GW’s President’s Medal, an award that  recognizes individuals who have exhibited courage, character and leadership in their chosen fields and who exemplify the ability of all human beings to improve the lives of others.

“Funger was a special guy,” said GW President Emeritus Stephen Joel Trachtenberg, “a proud GW alumnus and a long-time servant of the institution as trustee and generous benefactor. He was always there when you needed him with a smile and great advice. A university is blessed if they have sons and daughters like Funger.

“Funger Hall will bear witness to his dedication for generations to come,” Trachtenberg said.

Funger  a native Washingtonian often gave back to many local charitable and philanthropic organizations. He was an emeritus member of the Smithsonian National Air and Space Museum Board and a former trustee of the National Gallery of Art Board of Trustees. He also served as president of the Greater Washington Jewish Community Foundation; president and vice president of the American Friends of Hebrew University; and chair, president and treasurer of the Virginia Political Action Committee for the Apartment and Office Building Association.

His greatest treasures in life were his wife and his four children: Lydia McClain, Melanie Nichols, Keith Funger and the late W. Scott Funger. The children showered him with the joy of 10 grandchildren: Zachary, Spencer, Caitlin, Teddy, Haley, Sam, Sawyer, Celeste, Nick and Amanda, and four great-grandchildren. Three of the Fungers grandchildren are also GW alumni, graduating from GW Law, GWSB and CCAS.

“Morty and Norma Lee are an incredible testament to the power of individuals to change the world," said Donna Arbide, GW’s vice president for development and alumni relations. “Their remarkably generous philanthropy and leadership leaves an indelible mark on GW, the community and our society at large, and they will be sorely missed.”

A memorial service will be held at 11 a.m. on Jan. 22 at the National Memorial Park. 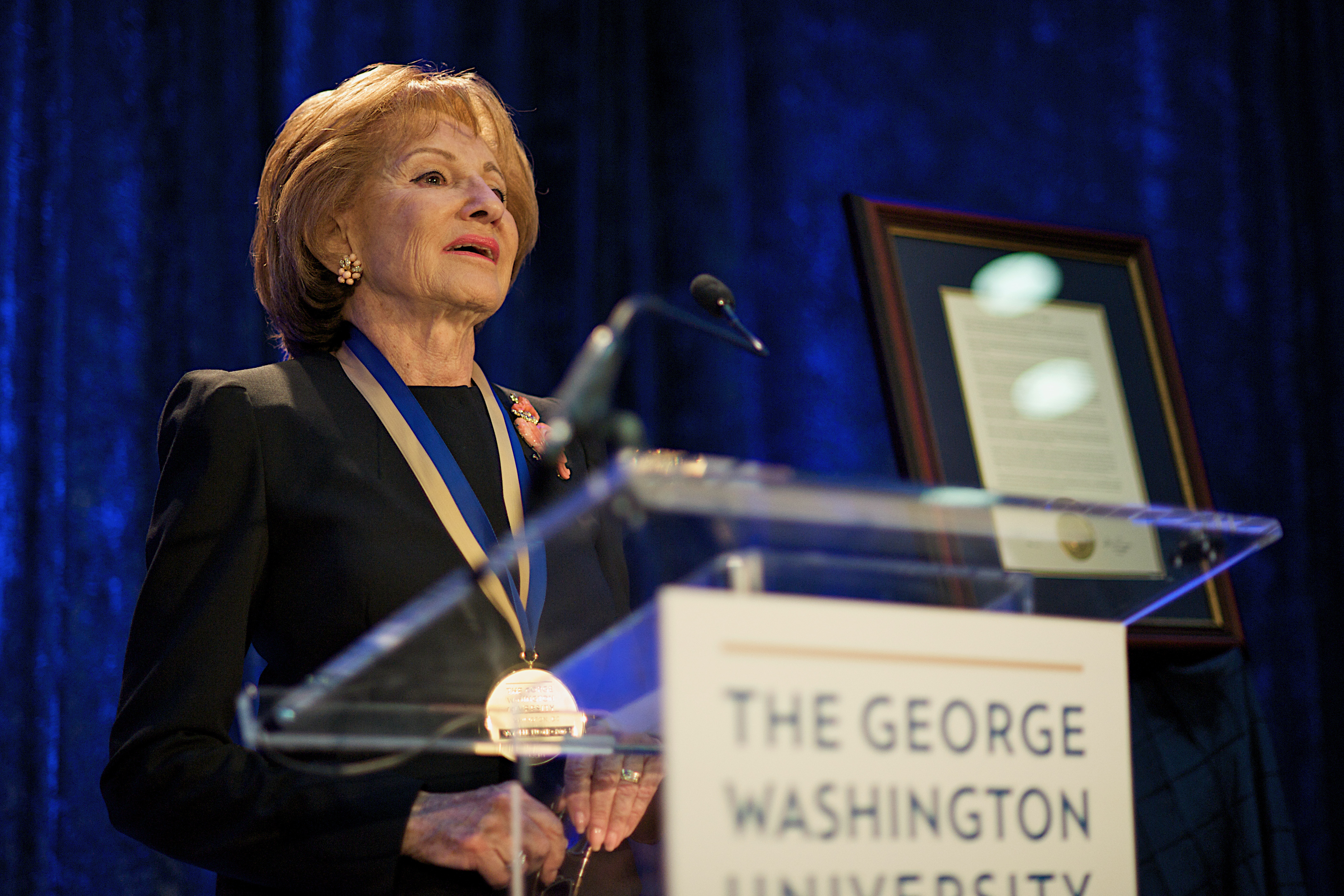