Dartmouth Professor Colin Calloway hopes to restore Native Americans to a history that has often erased them.
February 20, 2018 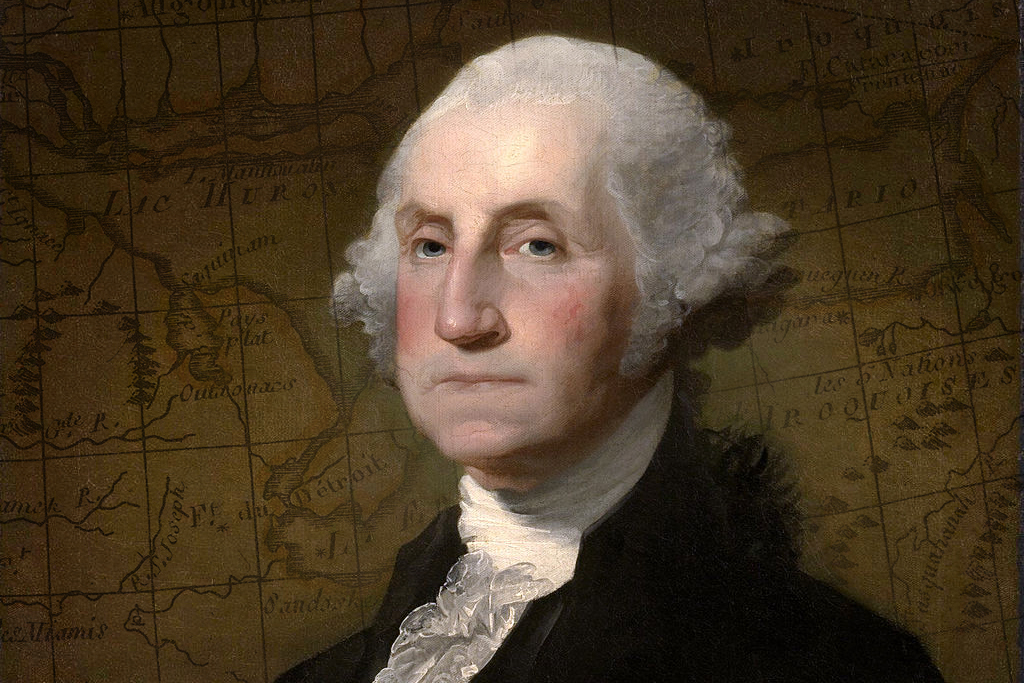 Native American tribes and leaders had a powerful impact on Washington as a leader and on the nation he helped establish. (Images via Wikimedia Commons.)

As a student of American history at the University of Leeds in England, Colin Calloway was struck by a lacuna in the way Americans wrote about their own country.

“As a European looking at American history, something that seems to me distinctive in that history is the presence of Indian people,” he said. “And as a historian, there were things that bemused me about the absence of those people from history books. It’s a disservice to Native Americans, of course, but it also seems to give us a distorted and rather dim view of American history as a whole.”

Washington is not so much the subject as the framing figure of Dr. Calloway’s latest book, “The Indian World of George Washington.”

“It’s not so much that I was particularly obsessed with Washington or with writing a biography of Washington, but I wanted to use his life story as a vehicle to get Indians into America’s story,” Dr. Calloway said.

The nascent United States was much more precarious than the dominant triumphal American narrative can account for, Dr. Calloway said. “When Washington looked over the continent, he didn’t necessarily have a clear roadmap to the ‘ocean-bound republic.’ It could have gone a lot of different ways.”

Spain still held territories in the southwest, as Great Britain did in the north. And there was no guarantee that any of the independent states would fully accept a federal system. In that context, Native tribes, leaders and land were a power to be reckoned with for the country’s first president, and representatives of the many different tribes and confederacies had therefore to be treated with respect. John Adams recorded one week in his diary in which Washington dined at his house in Philadelphia with groups of Native visitors on four different days.

“I like that almost as a cameo or foil,” Dr. Calloway said. “George Washington, who in all his portraits looks very stiff and formal—the idea of this guy hanging out with Indians and smoking a calumet pipe and drinking punch is not only cool but also kind of a corrective. It reminds us there was a time even as late as the 1790s where Indian nations were still extremely powerful.”

In fact, Native armies won a decisive blow against the Americans in 1791, when a force led by Miami general Little Turtle struck back against the U.S.  Army. Scarcely any of the thousand American soldiers would escape alive without major wounds. The incident would be known as “St. Clair’s defeat” and would prompt the first American congressional investigation.

“It was huge at the time, because it left the U.S. wholly without an army,” Dr. Calloway said. “Thomas Jefferson said nobody was talking about anything else.”

And yet the incident has almost disappeared from the American imagination, Dr. Calloway said, unlike similar defeats like Custer’s last stand. "To quote Al Gore, that’s kind of an inconvenient truth.”

“It’s just not a story you can look at from a U.S. perspective and get any positives from,” Dr. Calloway said. “It’s just a horrible affair, and the poor guys slaughtered there don’t know what they’re doing. And then three years later the outcome is reversed, and the U.S. continues its westward march."

Sometimes, Dr. Calloway said, the intersections between George Washington’s life and the Native world around him are hidden in plain sight.

“I read a lot of Washington biographies and most of them don’t talk much about Native Americans” except for a few specific incidents, he said. “But they do talk about land, and in particular they talk about Washington’s ‘Western’ lands. And you can cross that word out and put ‘Indian,’ and then the issue is there throughout his life.”

From the time he was a teenager, Dr. Calloway said, Washington was “obsessed with getting and managing lands in the West, and those are Indian lands.” He was far from alone in the obsession, which Dr. Calloway said was “business as usual” at the time, but he was “more active than most.”

Dr. Calloway hopes his outsider status lends him a useful perspective, but he also is very conscious of making space for Native voices.