GSEHD and the Eisenhower Foundation sponsored a panel discussion on the persistence of poverty, inequality and racial injustice in America.
December 7, 2018 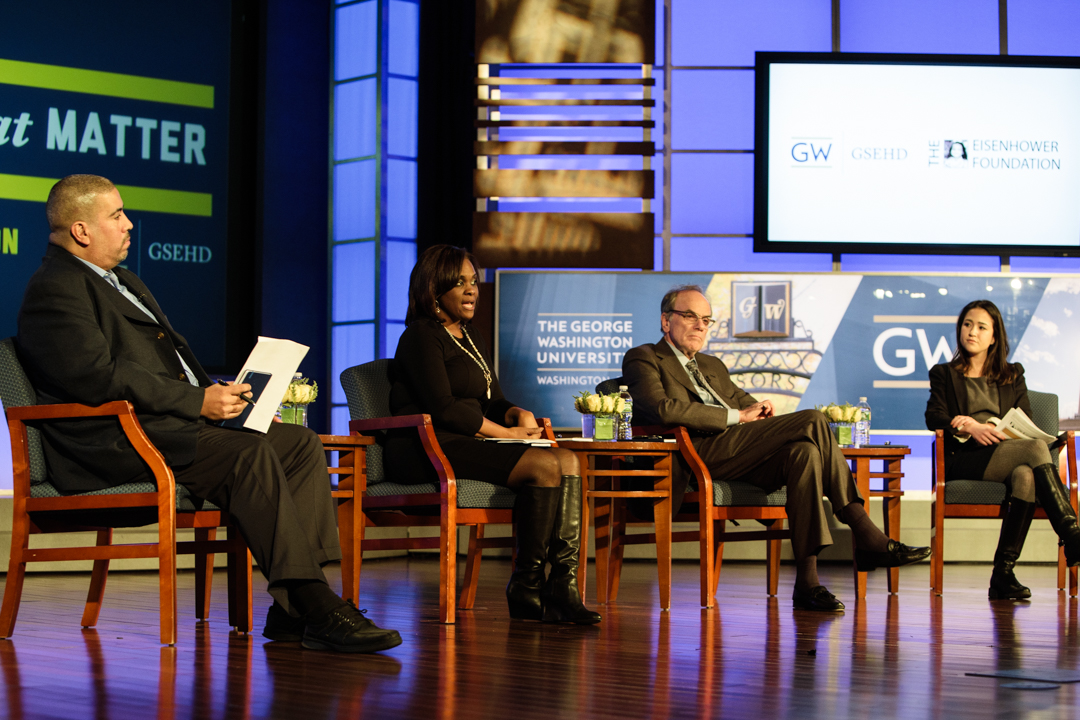 Fifty years after the Kerner Commission found that “America was heading toward two separate societies, one black, one white, separate and unequal,” an update on the group’s work concluded that the country “still has a long way to go in reducing poverty, inequality and racial injustice.”

Maria Voles Ferguson, executive director of the George Washington University Center on Education Policy, opened the discussion Wednesday evening at Jack Morton Auditorium on efforts to fulfill the legacy of the landmark report on racial diversity. The event, “Public Will, Evidence and Action,” was sponsored by the Graduate School of Education and Human Development.

It was the second of two events commemorating the 50th anniversary of the Kerner Commission report.

“There’s a need for more conversation because there’s still much to be done,” Ms. Ferguson said in introducing the lead speaker, Alan Curtis, the president and CEO of the event’s cosponsor, the Eisenhower Foundation and co-editor of the 2018 Fifty Year Update of the Commission.

On the negative side, he noted, the ratio of African American to white unemployment rate has remained 2:1 over the 50 years since the original Kerner Commission report, income inequality and wealth inequality have increased, and the U.S. prison industrial complex has exploded from 200,000 inmates to 1.4 million—disproportionately incarcerating people of color.

“What doesn’t work includes trickle down, supply side tax breaks for the rich, prison building for the poor, zero-tolerance policing, supply side school vouchers and privatization of schools,” said Dr. Curtis.

His presentation provided the framework for a panel discussion that included GSEHD Dean Michael Feuer; Joseph Torres, senior director of strategy and engagement at journalism advocacy organization Free Press; and Nicol Turner Lee, a fellow in the Center for Technology Innovation at the Brookings Institution.

Moderator Alia Wong, a journalist who covers education for The Atlantic magazine, started by asking why many of the problems found in the original report have persisted and in some cases gotten worse.

Mr. Torres said he was struck by the remarks of a man in the community interviewed for the original report who saw the press and most institutions in this country as “instruments of the white power structure.”

“When it comes down to it, it is about power, and who has the power to shape narrative to tell stories,” he said. “Narratives have been weaponized against communities of color to advance the interest of the elite and the political class.”

Dr. Turner Lee, who described herself as a beneficiary of the Kerner Commission report and the modern civil rights movement, agreed with Mr. Torres and said that “inequalities that exist in this country…have never been confronted in an explicit way.”

“Why don’t we have the will to solve this problem?” she asked.

Dr. Feuer said that one explanation for a slide backwards is tension in capitalist societies between “individual self-interest” and “the public good.”

“The explosion in inequality and the return of racial injustice correlated to an era starting in the 1980s when a [me-first] ethos became the dominant theme, and the idea of government became not the source of remedy but a source of the problem,” Dr. Feuer said.

“One element in a recipe for collective action,” said Dr. Feuer, “is the understanding that we are all in this together.” 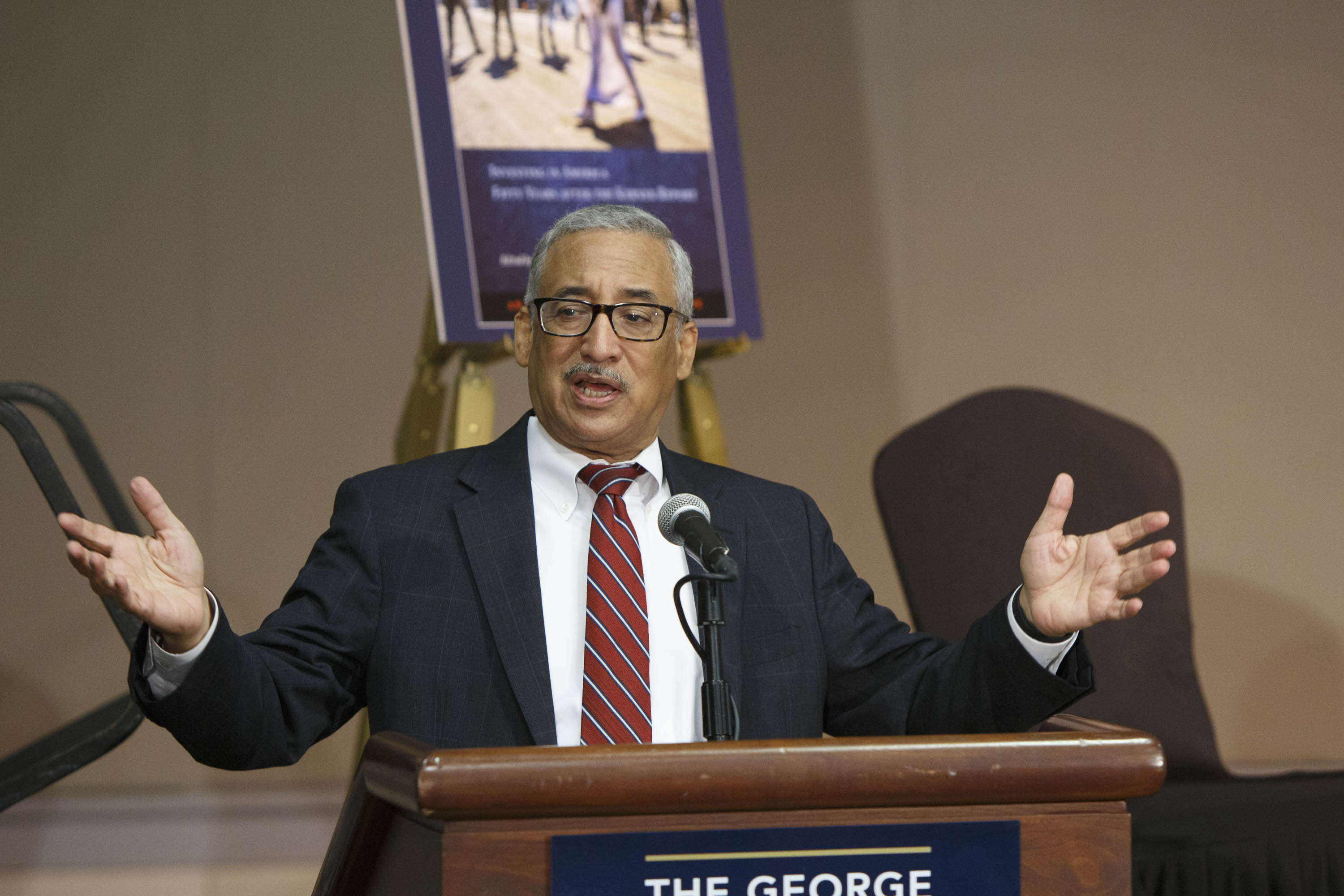