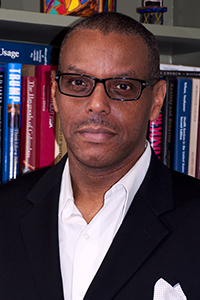 Keith is senior managing editor for GW Today and oversees coverage and content for www.gwtoday.gwu.edu and the GW Today email newsletters.

Before joining GW Today in August 2014, Keith worked for 23 years as a beat reporter, investigative reporter, editor and senior manager in the newsroom of The Washington Post.

His positions included city editor, deputy national editor and metropolitan editor, where he supervised daily operations of The Post’s largest staff. As a reporter at The Post, Keith twice was recognized for journalism excellence when the Pulitzer Prize Board voted his work a nominated finalist--once for his investigative series that led to broad reforms in hiring and training of applicants to the Metropolitan Police Department, a second time after Keith served as the lead reporter for a series of articles on the impact of gun violence on Washington, D.C.

Keith has spoken on media relations at the National Academies, the Justice Department and other government agencies and professional associations. He has been a frequent guest on WHUR-FM’s Reporters Roundtable segment of the Daily Drum news program. Keith also has been a guest lecturer on journalism issues at Hampton University, the University of Kansas, the University of Maryland, American University and Howard University.

Just prior to coming to GW, Keith taught journalism full-time at Howard and writing for communications as an adjunct lecturer at American University. He currently is an adjunct professorial lecturer in journalism in GW's School of Media and Public Affairs. He continues to write for The Washington Post. He also has written for www.theroot.com, theundefeated.com, Ebony Magazine and other publications. He is co-author of a book, "Say Their Names: How Black Lives Came to Matter in America."

He also has worked as a media/communications consultant whose clients included the NAACP, the National Association of Black Accountants, Providence Hospital, local political campaigns and small businesses.

He earned a B.A. in communications from Morehouse College, an M.S. in journalism from the University of Kansas and a certificate in news management from the Kellogg School of Management at Northwestern University and the Maynard Institute for Journalism Education.