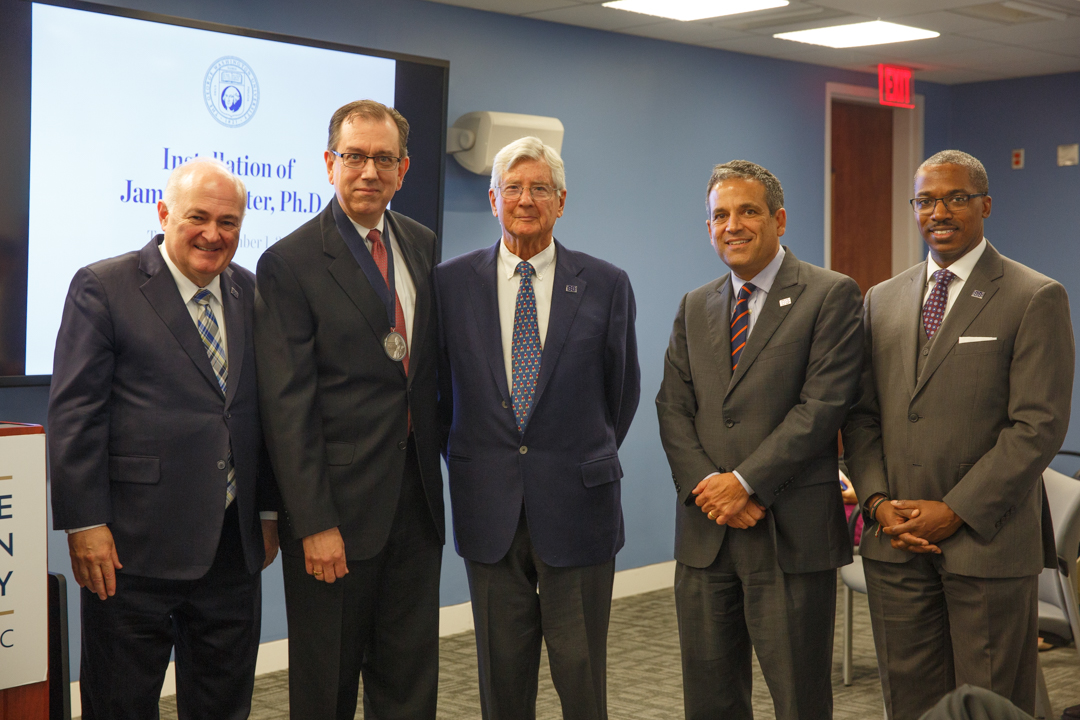 More than 20 years ago, James Foster’s groundbreaking scholarship on poverty had already gained international attention, as his work provided an approach for the Mexican government to better identify the communities that most needed assistance.

That program grew to reach six million households in Mexico or about 1 in 5. And today, the research of Dr. Foster and his colleagues has been used to address poverty in dozens more countries around the world.

“I’m not a theoretician,” said Santiago Levy, who as deputy minister at the Ministry of Finance and Public Credit of Mexico from 1994 to 2000 applied Dr. Foster’s research to help revamp the country’s poverty policy. “But what I am is somebody who can identify how someone’s really serious theoretical work can actually be put to practice and be useful to policymaking.”

On Tuesday, Dr. Foster was installed as the Oliver T. Carr, Jr. Professor in International Affairs, named for the former Board of Trustees chair and distinguished entrepreneur who is credited not only for his “generosity, vision and continuing support of the George Washington University,” as
President Steven Knapp said, but also for his work to revitalize downtown Washington after the riots of the late 1960s.

“Throughout his life, Ollie Carr has dedicated his work and his philanthropy to building community and investing in social capital,” Provost Forrest Maltzman said. “In many respects, this makes James Foster—whose own work is dedicated to building communities by enhancing quality of life and alleviating poverty—the perfect occupant of this professorship.”

Mr. Carr, who is chairman and CEO of the Oliver Carr Company, said there’s a “great confluence” of interests between his work and the university’s initiatives and, having taken a course at GW and taught classes before his leadership on the board, he remarked that “many of my formative years were spent at GW, and those years are greatly appreciated.”

Mr. Carr is “known at GW for his generosity, his loyalty and his dedication to our mission,” ESIA Dean Reuben Brigety II said.

Dr. Foster, who will continue to teach and research economic inequality, extreme poverty, economic empowerment of women and literacy at the Elliott School, said Tuesday that the most important aspect of his work is the “real-world impact.”

“That’s what matters most,” he said.

Dr. Foster added that his “impossible dream” is to reassess how the United States defines and measures poverty. Currently, he said, the country uses a monetary indicator developed in the 1960s using 1950s data.

“Despite the dramatic social and economic changes since then, it has never been updated except for inflation,” he said. “Perhaps poverty in the U.S. should directly account for housing conditions, education, job quality, like Colombia’s measure does; or constitutionally guaranteed basic social rights, like Mexico’s; health like Bhutan’s measure does; or other dimensions being considered by Chile, Pakistan, Canada, Senegal or all the other countries that are using it.”

And his promise to Mr. Carr?

“I will wear your name and title of my professorship with pride and honor,” Dr. Foster said. 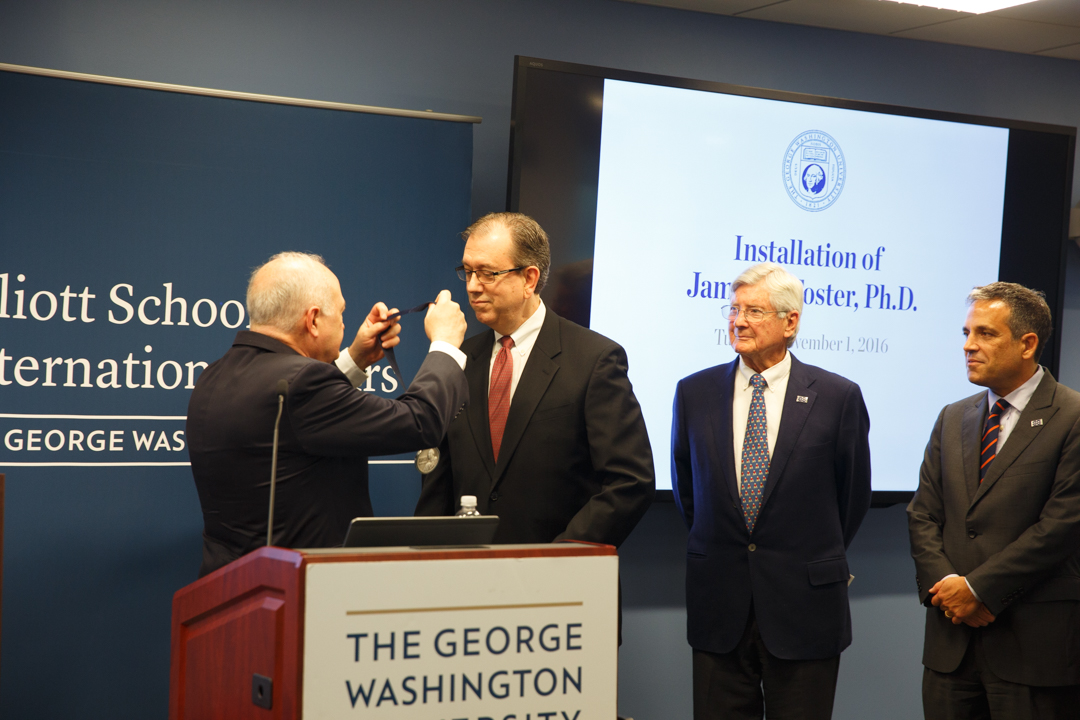