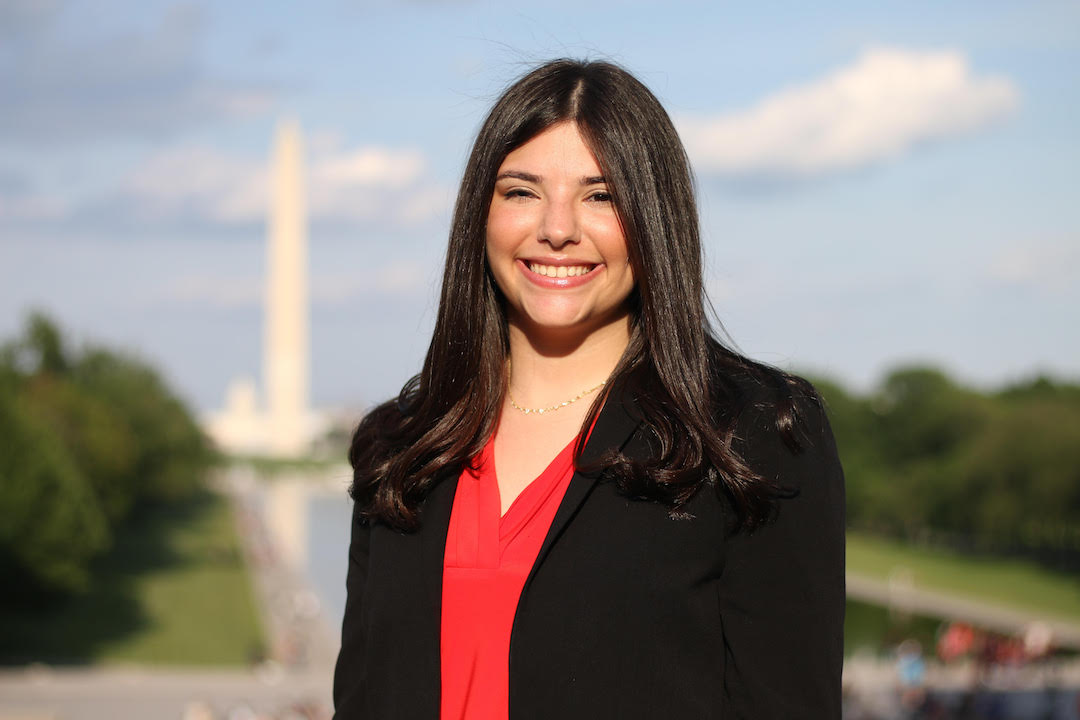 Lauren Peller had the opportunity to cover nearly every aspect of the impeachment as a CBS News Capitol Hill intern. (Photo by Donna Armstrong)

As a Capitol Hill intern for CBS News, Lauren Peller worked long hours during the months of President Donald Trump’s impeachment proceedings. In fact, she spent so much time covering the event her colleagues playfully dubbed her the “Impeachment Intern.”

“My office was up on Capitol Hill, not the CBS News bureau,” said Ms. Peller, a junior studying journalism and mass communication at the George Washington University School of Media and Public Affairs.

Ms. Peller, who worked with CBS Evening News over the summer, began her internship with the news service on the Hill in September, just before House Speaker Nancy Pelosi (D-Calif.) announced that six House committees would commence a formal impeachment inquiry against Mr. Trump.

She said she had just enough time to “get the lay of the land” on the Hill—learning how its operations worked, where to go and who the key players were—before finding herself in the throes of impeachment reporting.

“No one knew that an impeachment would unfold, so I couldn’t have asked for a better time to have landed this internship on Capitol Hill just because of the historic nature of what I covered,” she said. “I had no clue I would be able to help contribute to one of the most important stories in American history with CBS. It was really cool to be up there.”

The four-month impeachment proceedings ended Wednesday with the U.S. Senate voting to acquit Mr. Trump of charges of abuse of power and obstruction of Congress. It was only the third time in the nation’s history that the Senate acquitted an impeached president, after Andrew Jackson in 1868 and Bill Clinton in 1999.

Spending about 40 hours a week on the Hill, Ms. Peller was able to cover nearly every aspect of the impeachment process.

Her main responsibilities were to assist CBS producers and reporters, including the station’s chief congressional correspondent Nancy Cordes, in writing news stories, live blogging and booking members of Congress for on-air interviews.

During the October closed-door interviews of key witnesses in the impeachment inquiry, she said she spent nearly 100 hours waiting outside of congressional secure rooms to gain insight into who the members were talking to and what the interviews were about. She also attended and reported on other key impeachment events such as the House Judiciary Committee’s approval of the two articles of impeachment as well as parts of the Senate trial.

On one occasion, given just a few minutes to help fill airtime, she was successful in booking Reps. Mark Meadows (R-N.C.) and Pramila Jayapal (D-Wash.) for a television interview with Ms. Cordes.

Now that the impeachment process has ended, she said coverage from the Hill will likely turn to the impeachment’s impact on the upcoming 2020 presidential elections.

Ms. Peller, who formerly served as the GW Hatchet’s managing editor and assistant news editor, said while her SMPA classes prepared her for the role, the school’s career services were a great resource in helping her revise her resume and cover letter to land the position, which she said gave her a unique perspective of working on the Hill.

“There’s the typical GW Capitol Hill intern, where he or she works for a congressional office and completes legislative work, which is an amazing opportunity,” she said. “But I was able to see Capitol Hill from another perspective, from the view of a journalist and reporter, where I am able to work with the CBS News team.” 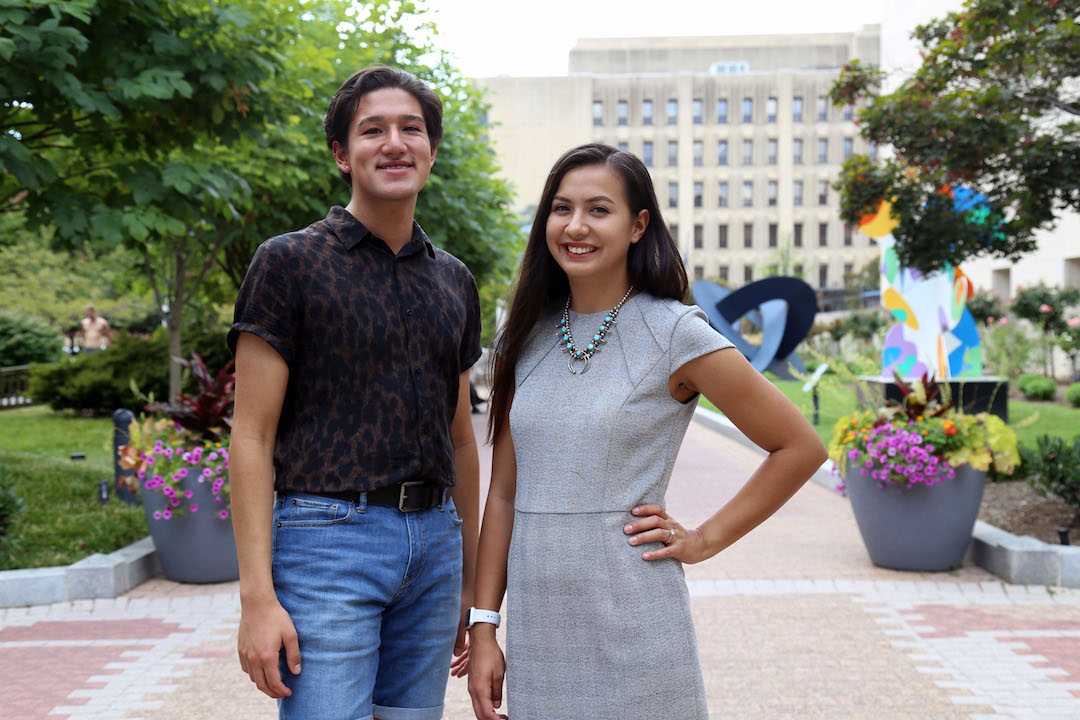 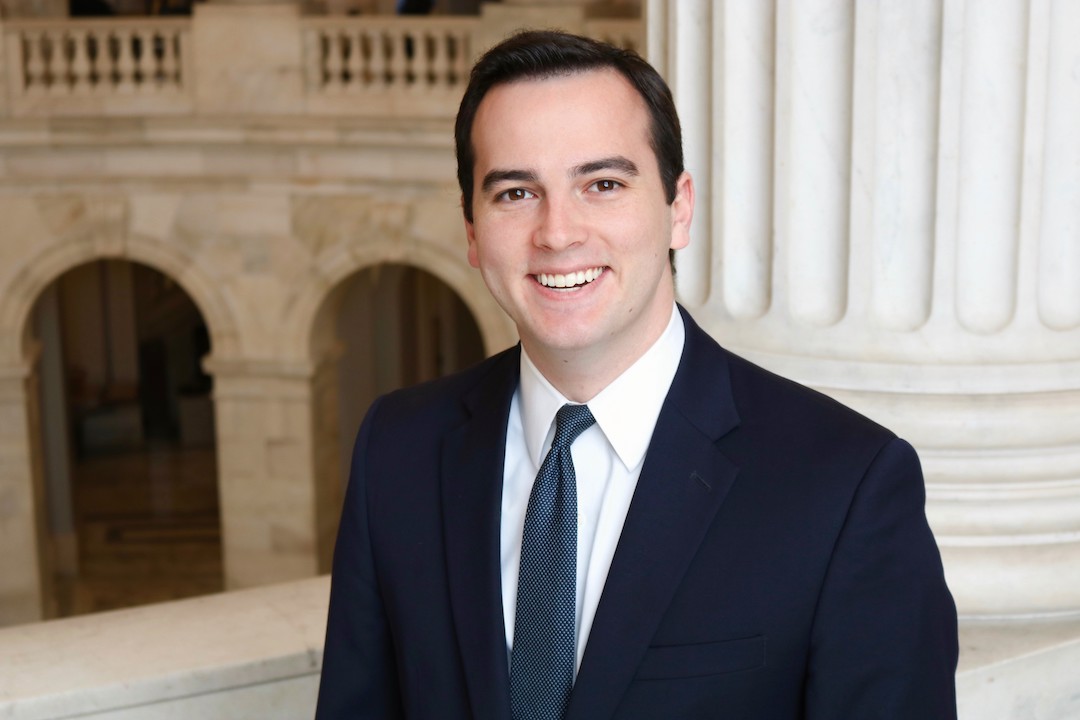