Huma Abedin: Attending GW Was A ‘Formative Part of My Life’

The longtime adviser to Hillary Clinton spoke at GW about her new memoir and the White House internship that launched her career in politics.
November 4, 2021 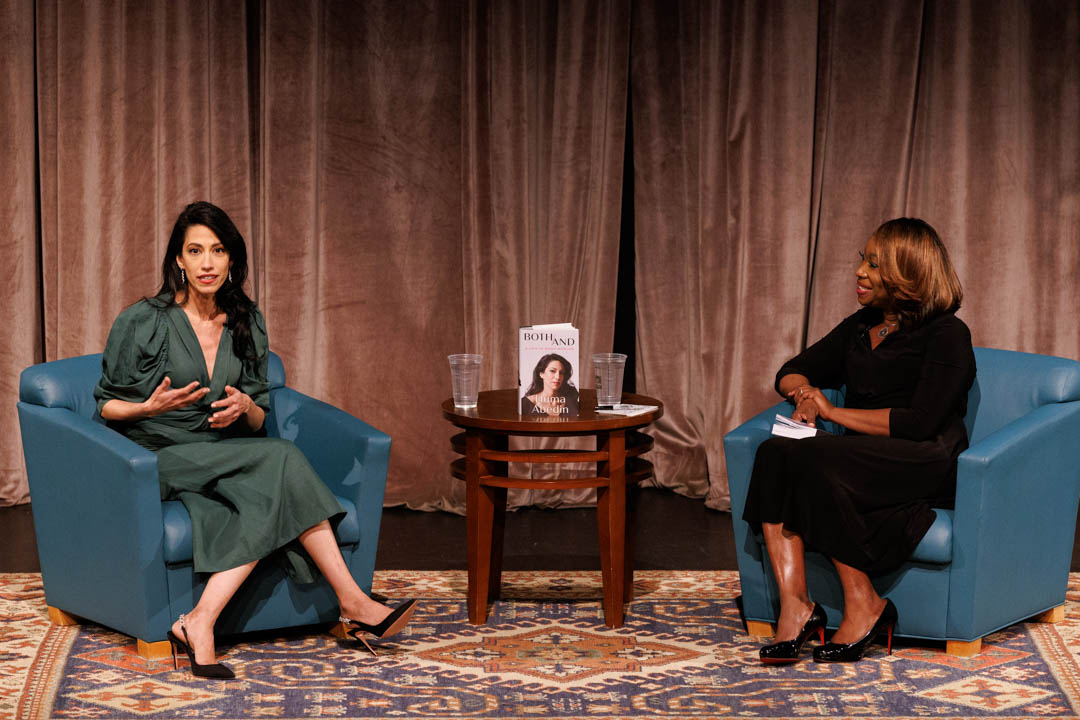 As a young woman, Huma Abedin, B.A. ’96, a longtime adviser and close friend of former Secretary of State Hillary Clinton, was drawn to George Washington University’s international student body made up of people from different cultures, communities, races and religions. When she walked onto the Foggy Bottom campus for the first time, she knew it was the place for her.

Ms. Abedin returned to GW on Wednesday, Nov. 3 to talk about her new memoir Both/And: A Life in Many Worlds, which details her high-pressure career behind the scenes in politics. It was her first speaking engagement in front of an audience since she served as president of GW’s Pakistani Student Association in 1996, she told the crowd gathered in Dorothy Betts Theatre.

“I really wanted my first event to be at GW because when you read the book, you'll understand what a formative part of my life this university, this place was,” she said.

The event was moderated by Joy-Ann Reid, the host of “The ReidOut” on MSNBC, and hosted by Politics and Prose.

Ms. Abedin has spent her career in public service and national politics, starting with an internship she secured as a GW student in then-First Lady Clinton’s office in 1996. She went on to work as a senior adviser to Ms. Clinton during her time as a U.S. senator, as traveling chief of staff during Ms. Clinton’s 2008 presidential campaign and served as deputy chief of staff at the United States Department of State. In 2016, Ms. Abedin served as vice chair of Hillary for America, and she currently serves as Ms. Clinton’s chief of staff.

Ms. Abedin spoke about growing up in Saudi Arabia, where her family moved when she was young after her beloved father was diagnosed with renal failure. Her parents were professors, passionate about education and determined to travel the world and expose their children to different cultures and ways of life. Ms. Abedin didn’t move back to the United States until she came to GW for college, months after her father died, on a mission to become an international journalist like her role model Christiane Amanpour. She described the book as a love letter to her father, who always encouraged her to write.

A fellow GW student encouraged her to apply for an internship at the White House. In the Office of the First Lady, she was able to work on important issues like an initiative to outlaw female genital mutilation in the United States.

“I walked into that office and just fell in love with the work. The people, they only looked a couple of years older than me—they were,” she said. “I didn't even know if I was a Democrat. I mean, most of my family who voted were Republicans, and so it really felt like a cause more than anything else.”

Ms. Abedin said she instantly felt supported in “Hillaryland,” a self-given name for a group of core advisers to Ms. Clinton. She told stories about her mishaps as an intern—like the time Ms. Clinton’s luggage landed in New York City’s East River on her watch—and the painful impeachment of President Bill Clinton.

“All of us in Hillaryland kind of felt this immediate need and want to really protect her, and protecting her from my perspective, because I obviously was not part of any of the conversation the senior team was having, was to do my job well, to not have her worry about anything.”

Ms. Abedin also spoke about her relationship with former U.S. Rep. Anthony Weiner. In September 2016, news broke that federal prosecutors were investigating Mr. Weiner for engaging in inappropriate digital communication with a minor. Ms. Abedin remembers feeling like she was living a “perfect life” before it fell apart in a matter of days, she said.

“I don't believe anything I went through in my marriage is all that, I'm sorry to say, so singular,” she said. “I think plenty of people in this country and the world have had to deal with betrayal and heartbreak, and as I have since learned, online transgressions are actually quite common. I just had to do it on the front page.”

The investigation into Mr. Weiner’s case created new challenges for the Clinton campaign. Earlier that year, an investigation into Ms. Clinton’s use of a private email server had been closed with a recommendation of no charges. In searching Mr. Weiner’s laptop, investigators found Clinton-related emails and obtained a search warrant to review those emails at the end of October 2016.

The FBI concluded this review two days before the November presidential election. The unprecedented investigation and the announcement of its sudden closure is “nothing short of enraging” to Ms. Abedin.

“I write in detail in the book about how I carried the guilt of her loss for a long time, and I went to a very low place,” she said. “Not that anyone who knew me or loved me ever, you know, starting with Hillary and the president, ever blamed me for it. But I did feel responsible for her loss.”

“Don't be upset if Plan A doesn't work out because Plan B could be amazing,” she said. “I did not become Christiane Amanpour, but what I got is pretty amazing.” 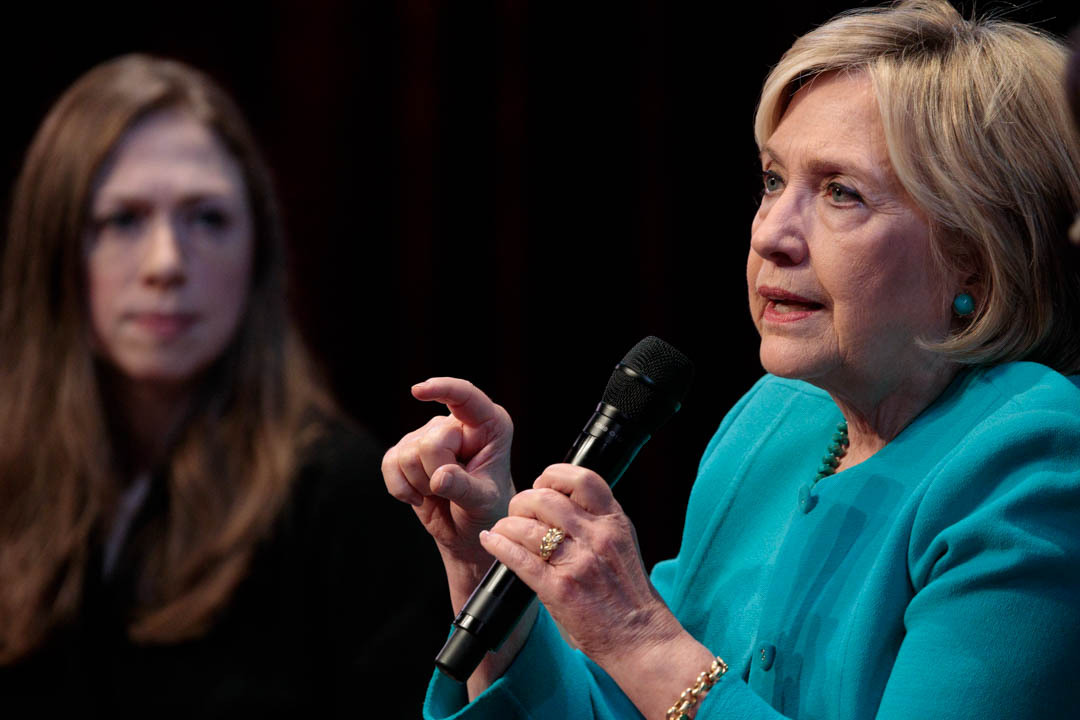