How Artificial Intelligence Is Changing the Future of Air Transportation

A George Washington University School of Engineering and Applied Science professor is working on an interdisciplinary research project funded by NASA that aims to design and develop a safety management system for electric autonomous aircraft.

While a lot of the innovation in AI and machine learning applications has been focused on revolutionizing the internet and digital connectivity, Dr. Wei is part of a group of researchers focused on expanding those benefits into transforming air transportation for physical connectivity and future mobility.

The team’s proposed system design aims to minimize the layered risks for autonomous aircraft. Adverse weather conditions like wind—which is what Dr. Wei’s lab will focus on—affect an electric aircraft’s ability to fly and land safely. Additional risks include electric propulsion component faults or degradations, and threats from other non-cooperative aircraft due to GPS spoofing or software hijacking while in flight. The NASA project seeks to address these three diverse areas of concern—mission level risk, aircraft level risk and airspace level risk.

“Once an autonomous aircraft becomes noncooperative, whether it's being hijacked, or an autonomy fault , or a motor/battery problem, or due to winds, that aircraft starts to drift away from its track,” Dr. Wei said. “So how do we detect that and how do other aircraft avoid those potential collisions or conflicts?”

Widespread adoption of safe driverless cars remains years off. The same can be said about autonomous aircraft, Dr. Wei said. Pilotless air travel would likely begin with transporting small packages or lunch delivery from local restaurants. If those applications are proven safe and successful, larger cargo flights and autonomous passenger air transportation could be introduced—potentially improving traffic congestion and enabling people to live farther from their places of work.

“Our team is very excited to work with NASA to address these challenges,” he said.

Additional Projects
Dr. Wei was also recently awarded three additional grants. He and his collaborators from West Virginia University and Honeywell Aerospace received a two-year grant from the Federal Aviation Administration to focus on the design and implementation of a safety verification framework for learning-based aviation systems.

“We want to explore how to verify or certify these AI and machine learning based avionic functions ,” Dr. Wei said. “We plan to develop some tools for both offline and online verification to guarantee safety.”

He also received a six-month NASA SBIR Phase I award to work with Intelligent Automation, Inc. on a project to support the emerging large volume of urban air mobility traffic by mitigating the potential congestion in airspace. The team will focus on how to enable the high arrival and departure rates at vertiports—the major bottlenecks for eVTOL air traffic.

Unmanned electric airplanes are vulnerable to air traffic congestion because battery power is limited compared to traditional fuel. Electric airplanes can burn significant resources if they are unable to land on schedule.

“They cannot afford to sit in traffic in the air,” he said. “if they hover or hold in the sky, they will consume their batteries.”

The third project is a one-year collaboration with the University of Virginia and George Mason University. The research team received a grant from the Virginia Commonwealth Cyber Initiative (CCI) to address threats from autonomous vehicles as they become victims of emerging cyber attacks. The Smart City project integrates two novel mechanisms: city-scale video intelligence for detecting attacks and multi-agent reinforcement planning for reacting to attacks and non-cooperative vehicles.

They plan to use cameras to identify potentially abnormal car movements, ranging from aggressive or intoxicated driving to a hacked autonomous vehicle. Researchers ultimately aim to detect and predict this type of behavior to mitigate risk on the road. Dr. Wei’s laboratory experience with collision avoidance and conflict resolution is key to this effort.

Preparing for Tomorrow
AI and machine learning will be foundational to the future of technological innovation, and there is significant room for expansion in air transportation and aviation, Dr. Wei said. As a SEAS faculty member, Dr. Wei is focused on his lab’s research and training the next generation of technology leaders.

“At GW, with so many opportunities around us for our students, our goal is to train our undergraduate students and graduate students so they can become the top qualified multidisciplinary background, and also they can fit better in their future jobs and careers,” he said.

Over the next few decades, there will be a growing need for an aviation industry workforce rigorously focused on safety that can apply and develop AI and machine learning technology. Elected officials and their staff, policymakers and Federal Aviation Administration regulators will also have to have sufficient knowledge to evaluate changing technology.

“When somebody developed those advanced technologies, how can we examine them? How can we check them or verify them or approve them?,” Dr. Wei said. “We need a lot of talent on this side as well.” 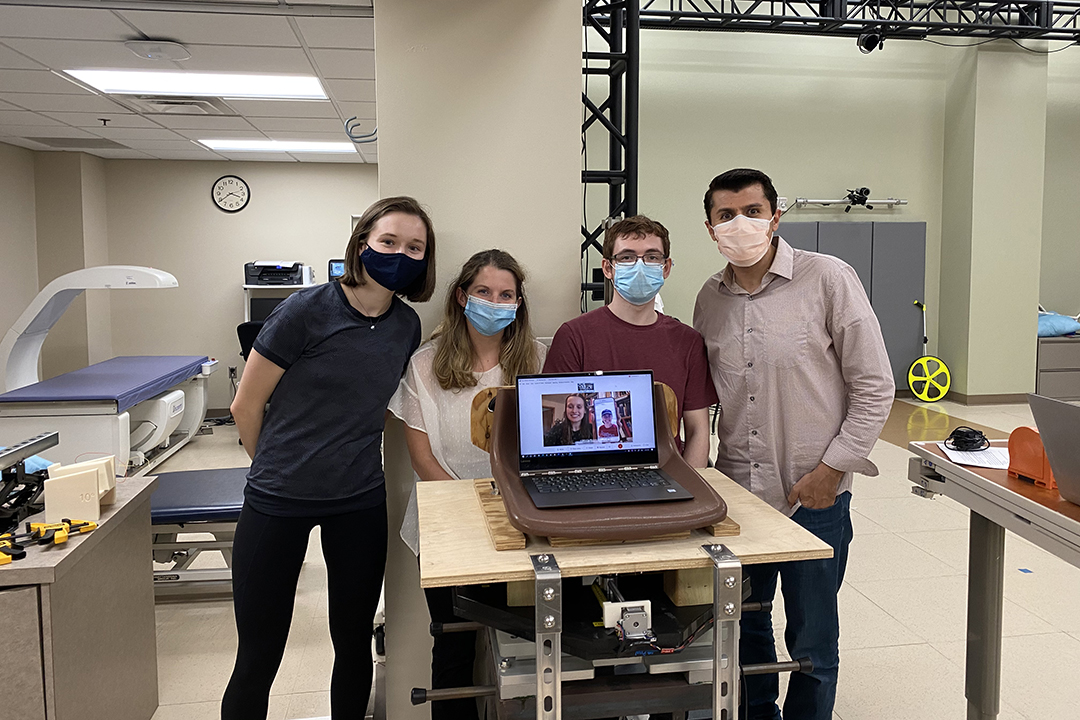