How a 1789 Congressional Dispute Helped Shape the Presidency 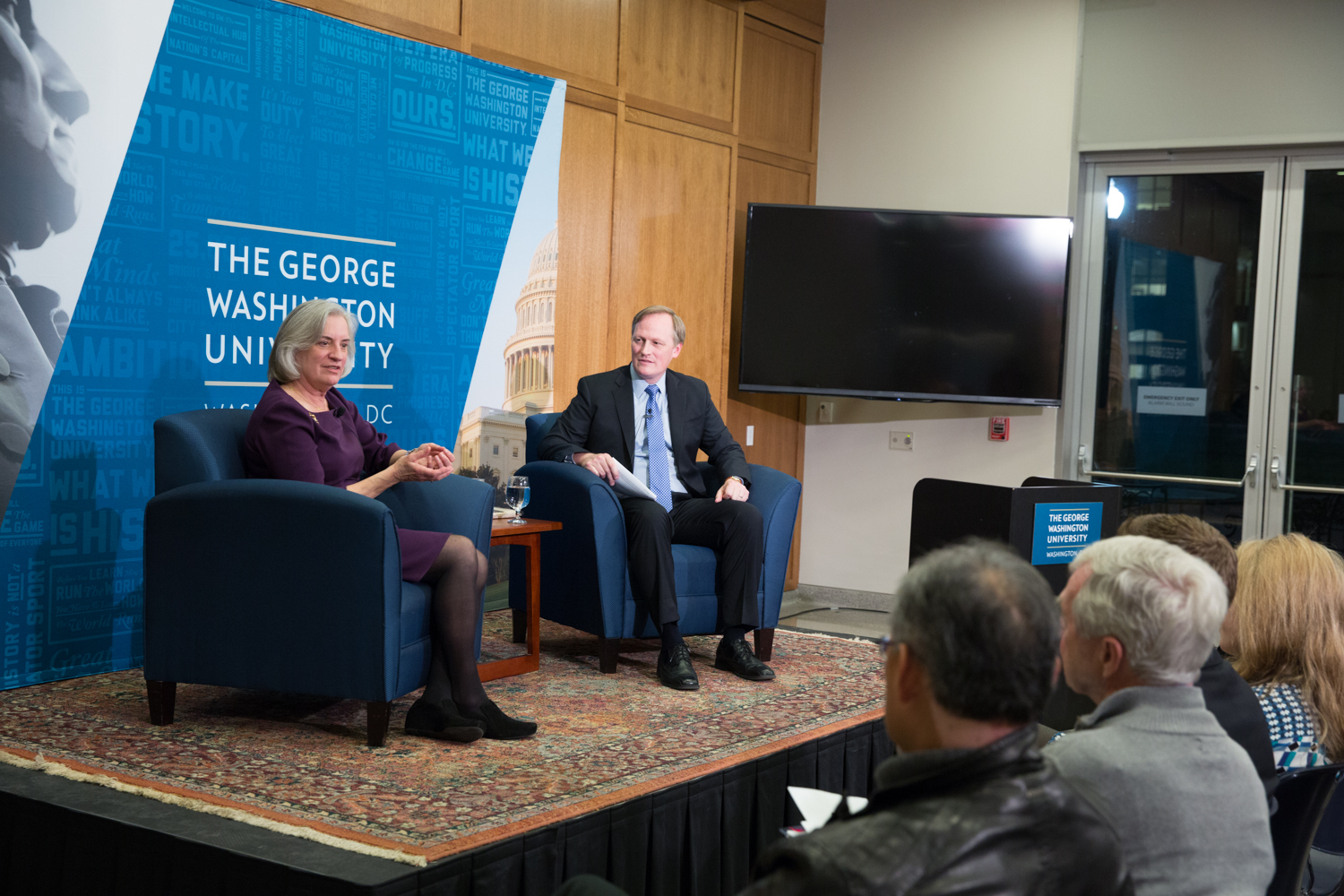 George Washington was on his way to New York in the spring of 1789 to take the oath of office as first president of the United States. There was one problem: Nobody knew what to call him once he got there.

“He’s coming, the Senate is convening, and people start wondering: What are we going to call him?” said Kathleen (Kata) Bartoloni-Tuazon. “Are we just going to call him ‘Mister?’ I don’t think so.”

This confusion, said Dr. Bartoloni-Tuazon, MPhil. ’06, Ph.D. ’10, led to the first dispute between the Senate and the House of Representatives: the presidential title controversy of 1789, the topic of Dr. Bartoloni-Tuazon’s dissertation and her book, “For Fear of an Elective King.”

Monday night, she explored the topic with Associate Professor of History Denver Brunsman in a one-hour discussion at the fifth-annual George Washington Lecture, part of the university’s month-long celebration of Washington’s life that included a field trip to his Mount Vernon Estate.

Dr. Bartoloni-Tuazon, who was encouraged to pursue the title controversy during her time as a doctoral student and a visiting scholar with GW’s First Federal Congress Project, said the idea of the presidency was contentious at the time.

“We had just fought a war against a king, and yet six years after the end of the war, this new Constitution featured a federal, singular, central executive with no term limits and vaguely defined powers,” she said. “There were those who were worried that the president would turn into a despotic, all-powerful monarch. But there was another group of Americans who were worried about a weak executive that would be subject to manipulation.”

For fear of an elected weakling

Those fears framed a congressional (and later public) debate in April and May of 1789 over whether to add a regal prologue—“elective majesty” for example—to the title “president of the United States.” The Senate wanted the title. The House was against it. Washington’s own celebrity played a role in shaping positions.

“The enthusiasms toward Washington were so excessive and king-like,” Dr. Bartoloni-Tuazon said. “He brought this whiff of monarchy to the presidency just in the way people celebrated him. And that was a problem for the office.”

The two sides featured some of the political heavyweights of the era. Vice President John Adams led the pro-title movement. James Madison was the effective leader in the House.

Adams feared the rise of an aristocracy that would corrupt and diminish the presidency, Dr. Brunsman said. He believed the Senate could become such a body if the executive was too weak. A powerful title with royal overtones would strengthen the office.

“The states were very powerful, and the senators were the state elites,” Dr. Bartoloni-Tuazon said. “Adams was very afraid that these state elites would overpower the executive. Not so much Washington, but the presidents to come.”

Madison, the House—and to an extent Washington himself—were on the other side of the debate. Article II of the Constitution called the officeholder “president.” The House saw no reason to deviate.

The often overlooked close relationship between Washington and Madison provides evidence of Washington’s desire to not have a regal title, Dr. Bartoloni-Tuazon said.

“Madison and Washington were the two founders at the Constitutional Convention every day in Philadelphia,” she said. “Adams was in Britain, [Thomas] Jefferson was in France, [Alexander] Hamilton was there for a while and then went back to New York. It was Madison and Washington bonding over the arguments for the Constitution. If you listen to what Madison is saying on the House floor against titles [in 1789], he is Washington’s public voice.”

After three weeks, the Senate yielded to the House. It was a win for civil discourse—and for the presidency, Dr. Bartoloni-Tuazon said—and a loss for Adams and his new office. It forever altered the trajectory of the vice presidency, Dr. Brunsman said.

Debate, meanwhile, slowly moved into the streets and newspapers of the new country, where the public took up the argument that summer. A majority believed the Senate was right to drop the pro-title fight. Though they were debating something that was legislatively finished, it was an important moment, Dr. Bartoloni-Tuazon said.

“The public needed to debate this,” she said. “As a result, some public fears—about their new government, Congress and their new president—were resolved. They gained more trust in the new federal government, that these new legislators could argue something as politically volatile as this and come up with the solution the people agreed with.” 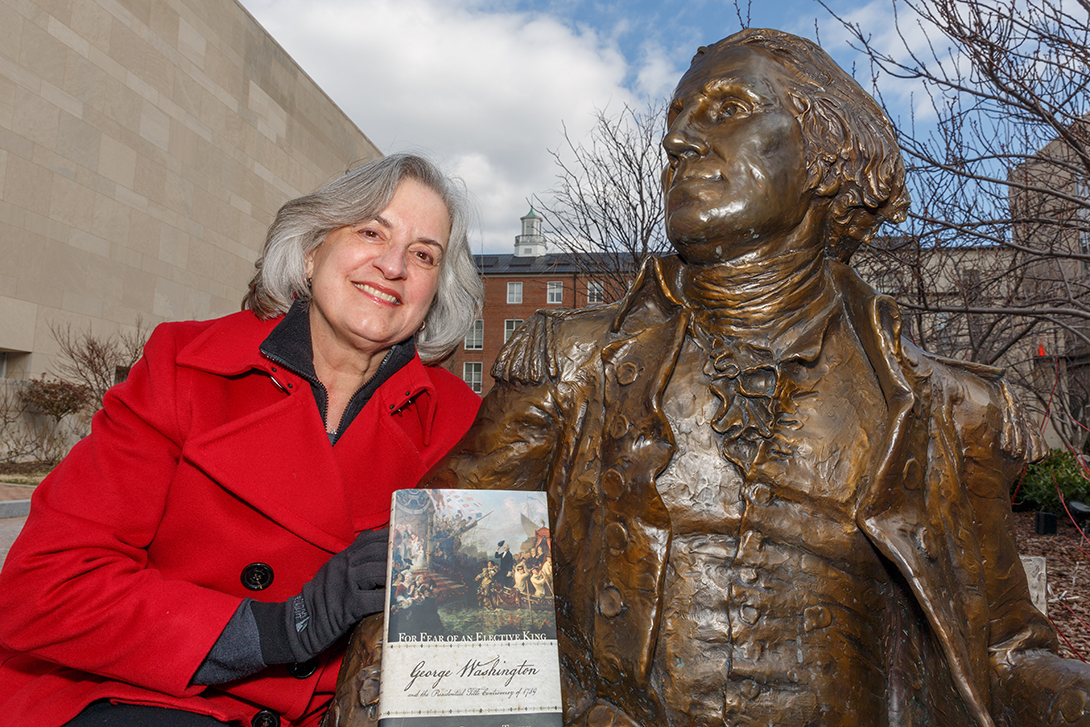 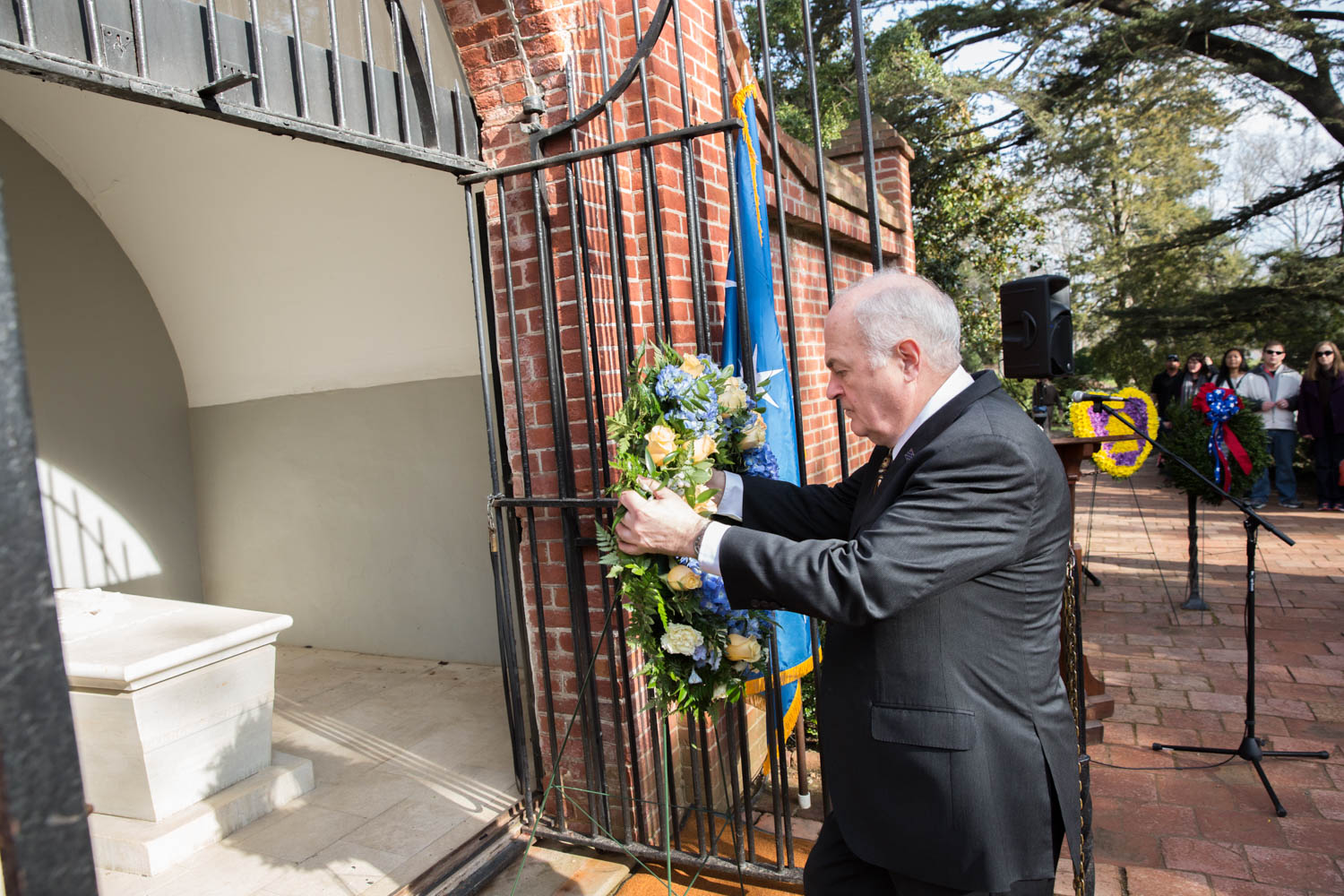 A Trip to Mount Vernon for George Washington’s Birthday