In the launch of the Presidential Distinguished Event Series, Ron Chernow shared his reactions to the success of the play based on his biography of Alexander Hamilton.
March 28, 2019 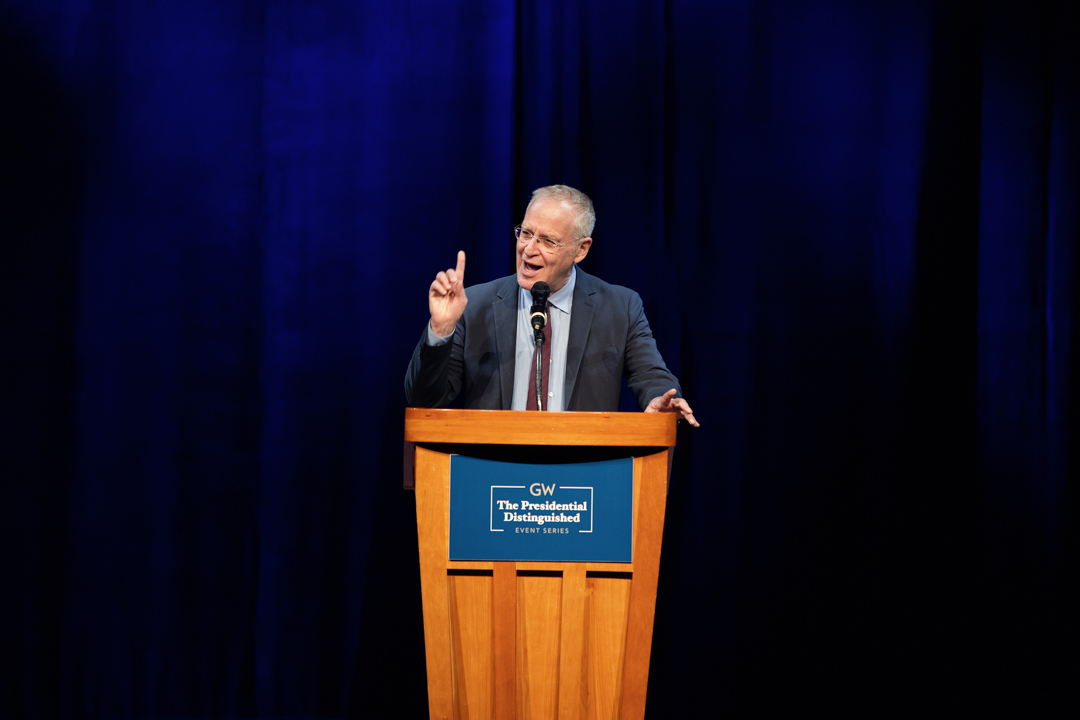 Ron Chernow won the 2011 Pulitzer Prize for his biography “Washington: A Life,” but it was another one of Mr. Chernow’s six bestsellers that brought him Wednesday evening to the George Washington University—named for the nation’s first president. That irony was not lost on Mr. Chernow.

“I confess that I feel vaguely guilty that I am here talking about Alexander Hamilton tonight instead of George Washington,” Mr. Chernow said from the stage at Lisner Auditorium. “But such is the appeal of a certain musical about Hamilton that it’s a little hard for me to avoid the guy these days.”

Actor/composer Lin-Manuel Miranda’s love of Mr. Chernow’s 2004 biography “Alexander Hamilton” inspired him to create the hop-hop-infused Broadway smash “Hamilton.” Since the musical’s debut in 2015, Mr. Chernow and his work have been in greater demand than ever before.

Mr. Chernow is most pleased that the success of the musical has elevated Mr. Hamilton, whom Mr. Chernow credits with creating the federal government system and Wall Street and paying off costly debts incurred from the Revolutionary War. Mr. Chernow said he wrote the book to give Mr. Hamilton his just deserts.

“He seemed to be fading into obscurity. Hamilton seemed to be regarded as a sort of second-string Founding Father,” he said. “He wasn’t quite up there with George Washington, Benjamin Franklin and Thomas Jefferson, but he was as monumental as any other founder.”

Mutual friends connected Mr. Chernow and Mr. Miranda, who told Mr. Chernow that Mr. Hamilton’s story—that of an orphaned immigrant who against all odds became a war hero, political powerhouse and the first treasury secretary—was a classic hip-hop narrative.

While the author agreed the “fairytale” quality of Mr. Hamilton’s life had broad appeal, he was skeptical that the story of such a complex figure could be told via hip-hop.

“Like any member of my generation, I had these stereotypes about hip-hop—that it was cold, violent and misogynistic,” he said.

Mr. Chernow’s doubts eased after Mr. Miranda paid a visit to his Brooklyn home and performed an a cappella version of “Alexander Hamilton,” which would become the musical’s opening number. Mr. Chernow recreated the scene, to the great delight of the Lisner Auditorium crowd, by snapping his fingers and rapping the first minute of the song.

Mr. Miranda’s decision to cast African-American and Hispanic actors to portray white historical figures shook the theater world and raised many eyebrows, including Mr. Chernow’s. As the musical’s historical adviser, Mr. Chernow knew nothing about the cast until he attended a dress rehearsal.

“I thought, ‘What on earth is Lin thinking?’” he recalled.

Mr. Chernow said after just a few minutes of watching the cast weave magic on the stage, he was focused on the actors’ immense talent, not their races.

Mr. Miranda also used artistic license in telling his version of Hamilton’s story, and not always to Mr. Chernow’s liking. For example, in the musical Mr. Hamilton is booted from John Adams’ cabinet; in reality, Mr. Hamilton never served under President Adams.

Dr. Lindsay Chervinsky, a GW alumna and White House Historical Association historian who engaged Mr. Chernow in a Q & A after his remarks, said audiences, especially younger ones, aren’t given enough credit for being critical thinkers.

“There’s an important distinction that there’s a difference between art and history, and (“Hamilton”) is art. Students understand that, and they will come to classes and come to their teachers to find out what really happened,” Dr. Chervinsky said.

Mr. Chernow is still pinching himself, unable to believe that his book inspired the worldwide phenomenon that is “Hamilton.” Fans, many not yet old enough to vote, clamor to take selfies with him and often greet him by performing songs from the musical.

“Nothing delights me more than we’ve gotten millions and millions of young people interested in American history,” he said.

The Presidential Distinguished Event Series was initiated by Dr. LeBlanc based on feedback he received from students during the first year of his presidency.

“Students said they wanted more free events and opportunities to connect with high profile speakers who are changing culture and changing the world, and that’s what we are going to do,” Dr. LeBlanc said. 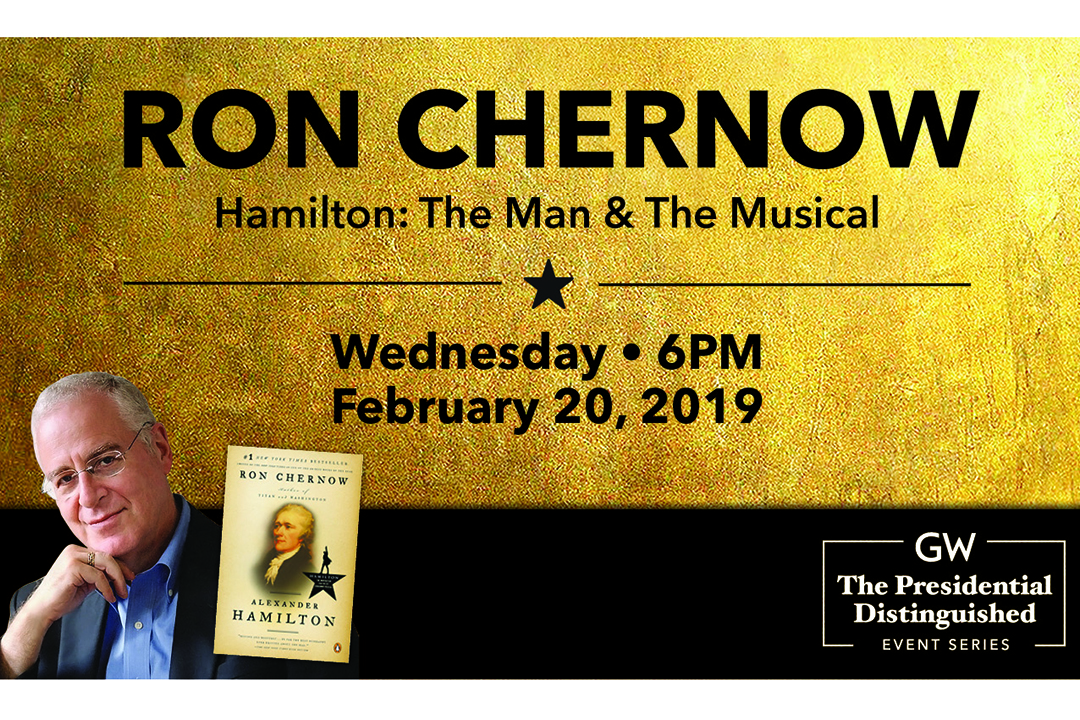