In Her Own Words: The First Female Candidate for President

Belva Ann Lockwood made history for women as a presidential candidate and a practicing lawyer.
November 7, 2016 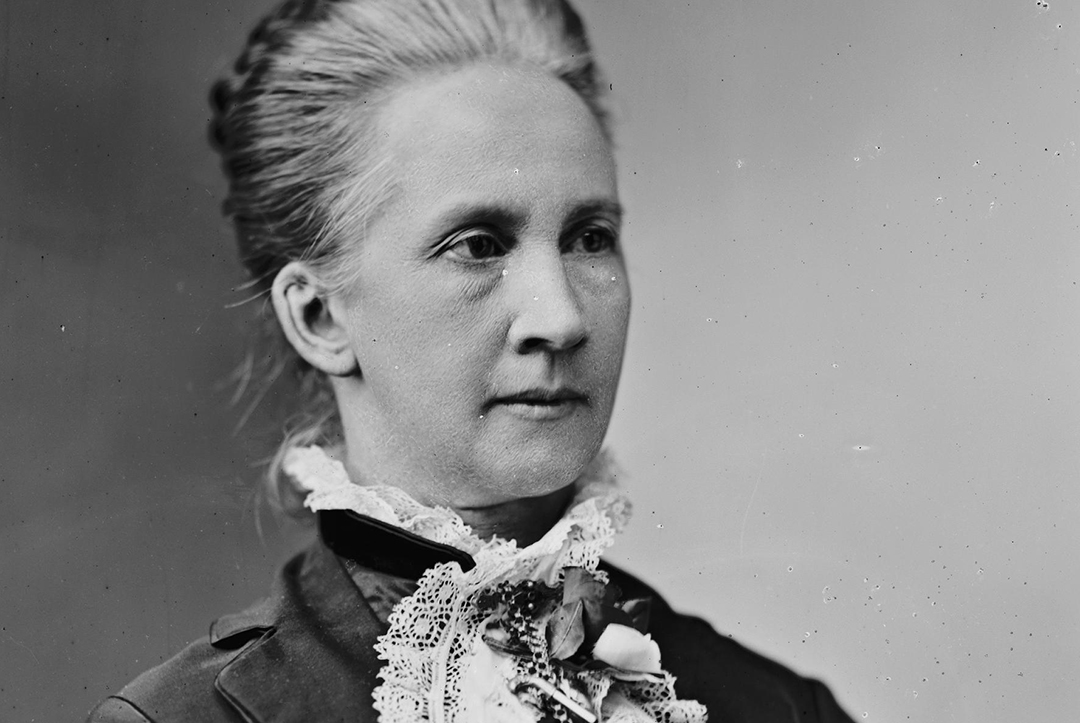 Belva Ann Lockwood was the first female attorney ever permitted to practice before the U.S. Supreme Court. (Brady-Handy Collection/Library of Congress)

If frequent George Washington University visitor Hillary Clinton wins Tuesday’s election, she will make history as the first female president of the United States. But more than a century ago, a woman named Belva Ann Lockwood was the first to appear on a ballot.

Running the first full American presidential campaign as a female candidate might, in fact, have been the least of Ms. Lockwood’s accomplishments. She petitioned a president for her law degree, supported her family with her own legal business at a time when it was almost unheard of for a woman to do so, and became the first woman to practice law before the U.S. Supreme Court. The GW Law School now gives out an annual award in her name to celebrate the accomplishments of alumnae.

Hers was a remarkable legal career—and it began at a college that would become GW.

Ms. Lockwood was a 36-year-old widow with a daughter when she moved to Washington, D.C., in 1866. She came, as she later wrote in an autobiographical article for Lippincott’s Monthly magazine, “for no other purpose than to see what was being done at this great political centre—this seething pot,—to learn something of the practical workings of the machinery of government, and to see what the great men and women of the country felt and thought.”

She took a job as a teacher and, during her free afternoons, “listened to the debates in Congress and the arguments in the United States Supreme Court, investigated the local government of the District [and] visited her public buildings.”

Following a lifelong passion for the law, she eventually applied for admittance to the entering law class at the Columbian College of Arts and Sciences. Then-president George W. Samson would eventually respond to her request as follows:

Madam,—The Faculty of Columbian College have considered your request to be admitted to the Law Department of this institution, and, after due consultation, have considered that such admission would not be expedient, as it would be likely to distract the attention of the young men.

Ms. Lockwood was “chagrinned,” but not deterred. The National University Law School, which would later merge with GW, opened its classes to women the next year, and Ms. Lockwood accepted an invitation to attend.

Of the 15 women who initially matriculated, she would be one of only two to complete the full course of the law degree. But male students still complained, some declaring that they would not graduate with women.

Soon Ms. Lockwood and her only remaining female classmate were barred from attending lectures. As commencement neared, she wrote, “it became evident that we were not to receive our diplomas, nor be permitted to appear on the stage with the young men at graduation.”

Without that diploma, Ms. Lockwood would be unable to gain admission to the D.C. bar.

“For a time I yielded quite ungracefully to the inevitable,” she wrote. But by 1873 she was no longer willing to wait. She wrote to U.S. President Ulysses S. Grant, then president ex officio of the National University Law School.

You are, or you are not, President of the National University Law School. If you are its President, I desire to say to you that I have passed through the curriculum of study in this school, and am entitled to, and demand, my diploma. If you are not its President, then I ask that you take your name from its papers, and not hold out to the world to be what you are not.

She never received a direct reply—but a week later, her diploma arrived in the mail.

Now the second woman attorney admitted to the bar in Washington, D.C., she opened her own practice. By 1879, thanks to what one reporter called “an unconscionable deal of lobbying,” she was the first woman admitted to practice before the Supreme Court, and a year later she became the first woman to argue a case there.

In 1884, Ms. Lockwood wrote to progressive newspaper owner Marietta Stow, who was running as an independent for governor of California as a kind of political theater to demonstrate the irony of women’s inability to vote. The letter was supportive and passionate.

…If women in the States are not permitted to vote, there is no law against their being voted for, and if elected, filling the highest office in the gift of the people.

Two of the present political parties which have candidates in the field believe in woman suffrage. It would have been well had some of the candidates been women. There is no use in attempting to avoid the inevitable.

…It is quite time that we had our own party; our own platform, and our own nominees. We shall never have equal rights until we take them, nor respect until we command it.

In response, Ms. Stow wrote to Ms. Lockwood nominating her as the National Equal Rights Party’s candidate for president. She accepted.

The campaign might, like Ms. Stow’s, have been considered political theater. Newspapers, established politicians and even fellow women’s rights activists objected to her “nasal” voice, her clothes, her hairstyle and her habit of riding a tricycle to get from place to place, showing “a shapely calf which no lady would be ashamed to own.” Groups of dozens of young men in bonnets, dresses and parasols showed up at political rallies to mock her and her supporters.

Still, Ms. Lockwood treated her own candidacy as a serious one. Her speeches, according to biographer Jill Norgen, tended to focus on major economic issues rather than those specific to women—a practice which led Susan B. Anthony to declare her positions “too much like a rehash of the men’s speeches.” But she also advocated for progressive causes like equal pay, citizenship for Native Americans and, of course, universal suffrage.

She was not the first woman to run for president. That record went to Victoria Woodhull, who sought the office alongside running mate Frederick Douglass in 1872. But historians do not agree as to whether Ms. Woodhull’s name actually appeared on any nationwide ballots or whether she received any votes. (She also would have been just 34 on Inauguration Day of 1873—too young to hold presidential office.)

On Election Day, Ms. Lockwood had convinced electors to pledge to her in at least seven states, including New Hampshire, California, Maryland, New York and Oregon. She would end up getting nearly 5,000 votes, while Democrat Grover Cleveland clinched the victory.

Belva Lockwood would continue to crusade for women’s rights until her death in 1917, missing by three years the ratification of the 19th Amendment and the legal right of American women to vote. Toward the end of her life, a journalist asked whether she still believed that a woman could be president. She answered:

If [a woman] demonstrates that she is fitted to be president she will some day occupy the White House. It will be entirely on her own merits, however. No movement can place her there simply because she is a woman. It will come if she proves herself mentally fit for the position. 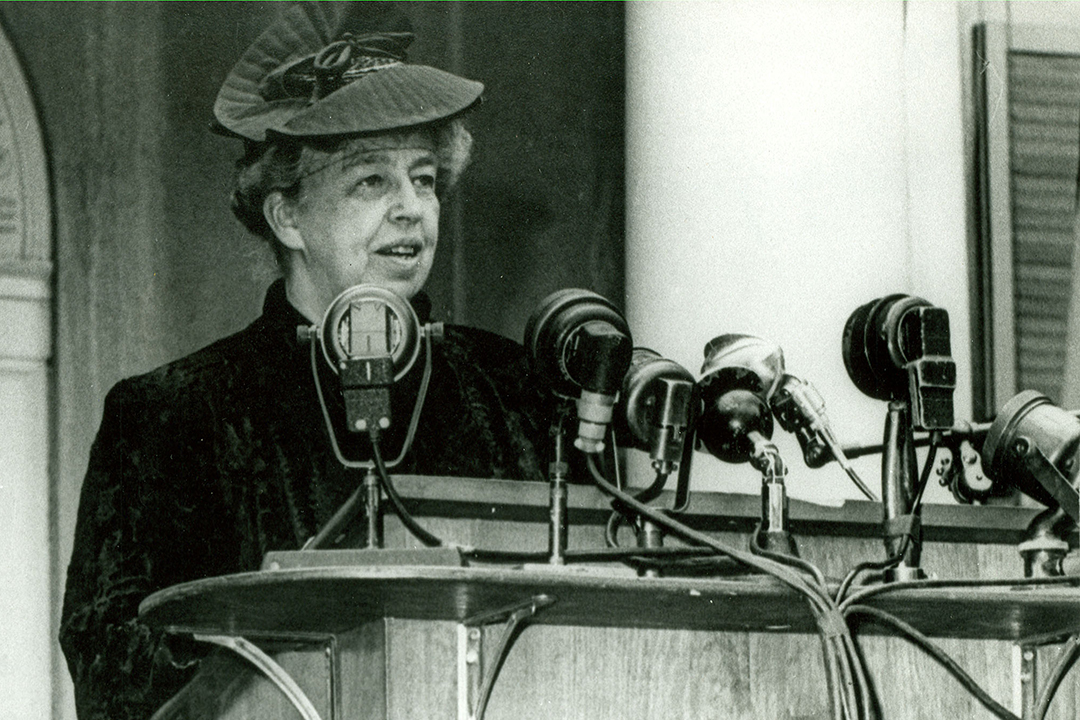 In Her Own Words: A First Lady in a Time of Crisis 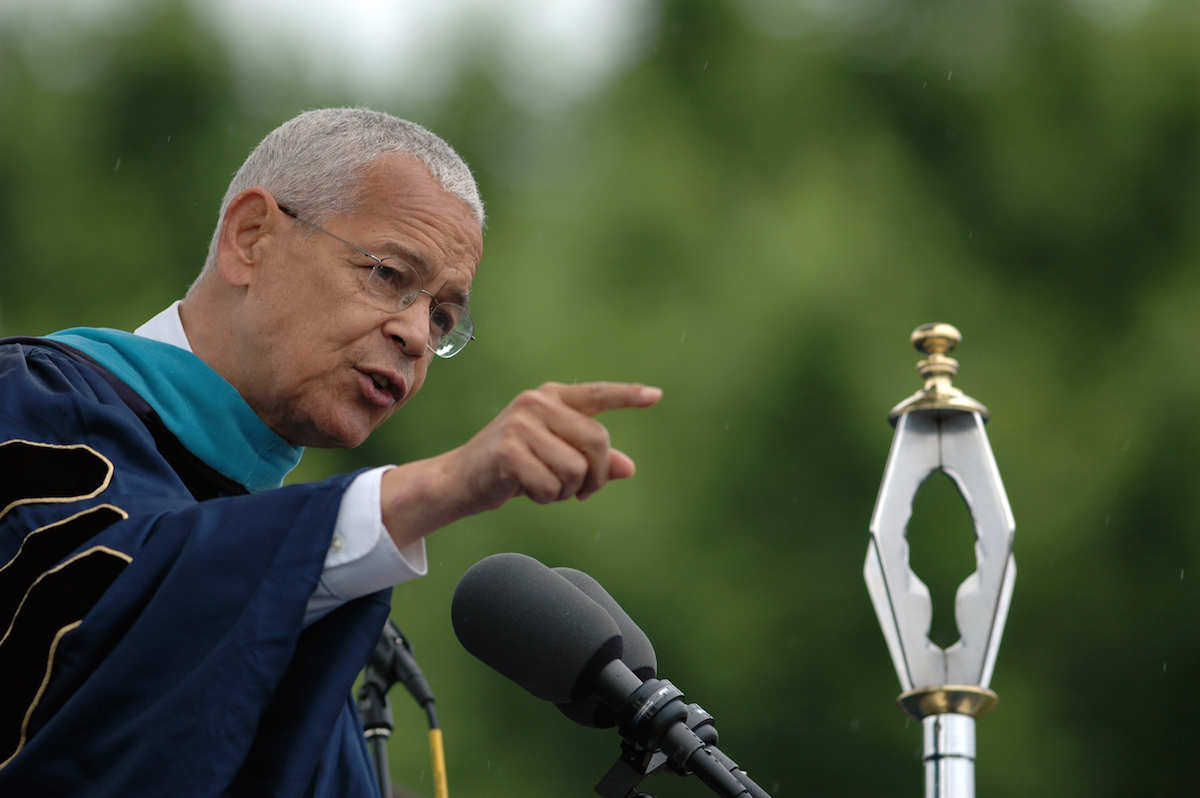 In His Own Words: Civil Rights Leader Remembers MLK 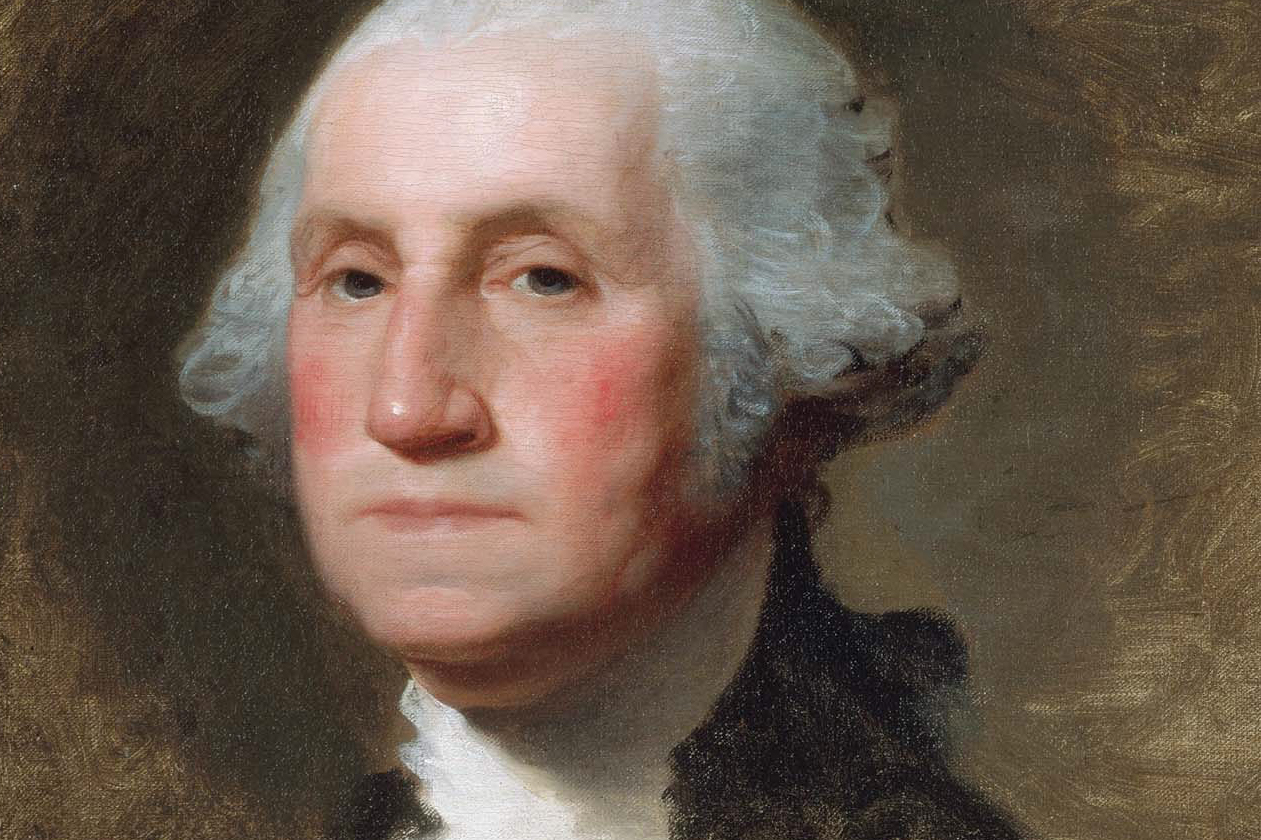 In His Own Words: A Founding Father’s Educational Legacy