In the third George Talks Business event, the founder and co-owner of Farmers Restaurant Group explained his philosophies on time management and entrepreneurship.
February 13, 2019 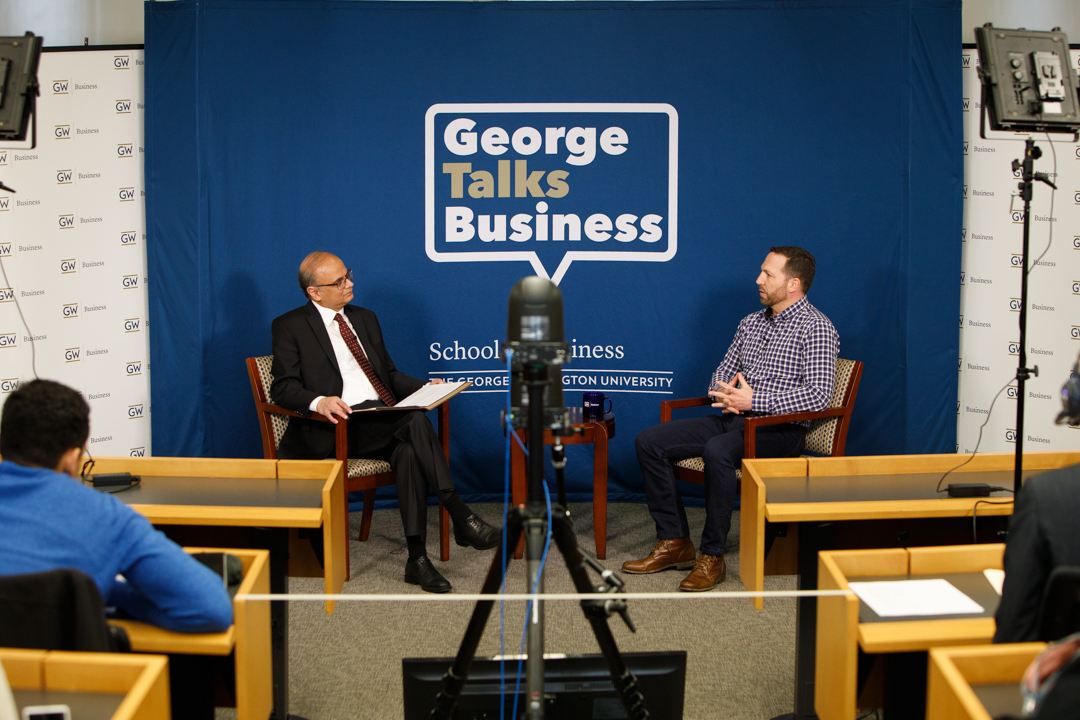 But winning in small and large ways while creating something that becomes part of people’s lives, he added, is what gets him out of bed every day.

"You take your kicks in the teeth and say, 'All right, if that's the cover charge to the party, I'm in,’" Mr. Simons said.

Vivek Choudhury, associate dean for strategic initiatives at GWSB, interviewed Mr. Simons in Duques Hall for the livestreamed event. Dr. Choudhury noted that he visited one of the restaurants under Farmers Restaurant Group to celebrate joining GWSB’s faculty. That kind of story is why Mr. Simons loves the industry he works in, Mr. Simons said.

The path to success was not linear for Mr. Simons. The success he sees today was “born out of failure,” he said. His passion and commitment for the restaurant industry developed while Mr. Simons was a GWSB student and working to learn as much as he could on his journey to entrepreneurship.

"I loved my time at GW because it was so dynamic being in the city,” Mr. Simons said. “Even though D.C. wasn't then what it is today, I got exposed to bars and restaurants, but I knew I needed to learn."

Mr. Simons worked for T.G.I. Fridays and the Cheesecake Factory when these companies were still small, he said. In those 10 years after college, he learned all the good and bad aspects of the industry and knew he wanted to do things better.

Along the way, Mr. Simons built relationships with people such as Mike Vucurevich, who went from boss to mentor to friend to business partner as co-owner of Farmers Restaurant Group.

Mr. Simons encouraged the students in the audience who may be aspiring entrepreneurs to know what they bring to the table and what qualities they may be missing when seeking a mentor. Building those relationships stem from figuring out how you could be helpful to someone else, he said.

“I'm not a fan of 'go find a mentor,'” Mr. Simons said. “I'm a fan of, 'go build awesome relationships, contribute to somebody else, help somebody else succeed and win, make it about your team and the people around you.’

“What inevitably comes out of that are a bunch of different awesome relationships.”

Mr. Simons, who also teaches a course in GWSB, emphasized spending time wisely as part of his philosophy of living life without regrets, and he encouraged students to do the same. He advises only putting time into things that have value for you, and the only way to do that is know what is important to you first.

“You have to have the courage to edit and cut out the stuff that's not valuable,” Mr. Simons said. “I think through ranking and editing, putting on your own oxygen mask first and taking care of yourself before helping those around you, it's not selfish to know what's best for you and what you want to accomplish and then doing that.”

From the Farm to Foggy Bottom Restaurant 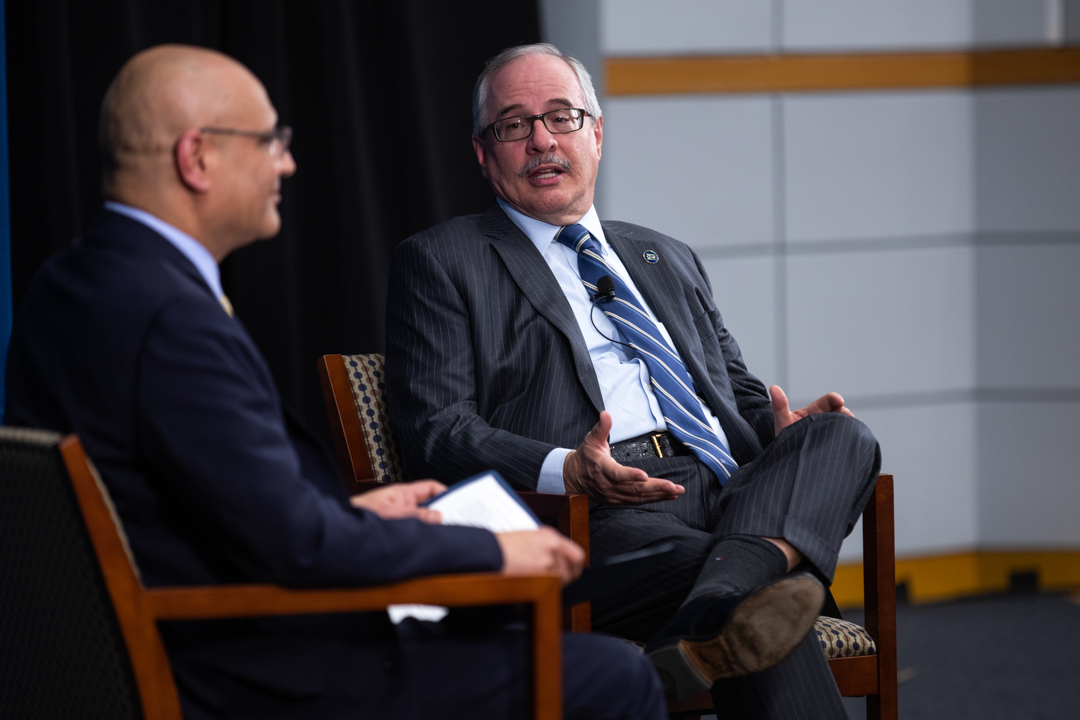