GW’s Postdocs Receive Appreciation and Thanks

A keynote address on leadership kicked off event celebrating postdocs and their mentors.
September 26, 2022 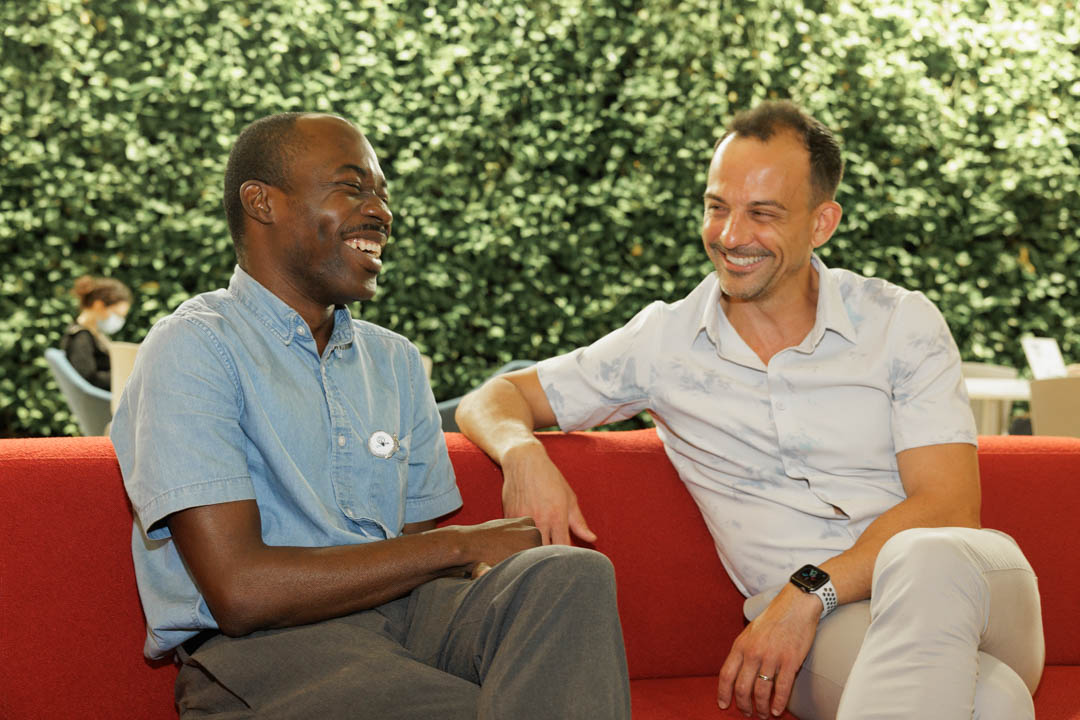 The George Washington University’s diverse postdoctoral community was given some richly deserved recognition on Postdoc Appreciation Day, presented with talks on various topics and a chance to present their work to peers.

Across the campus, postdocs are working in many schools and disciplines ranging from STEM fields to social sciences, public health, engineering and medicine. The size and vitality of GW’s postdoc community is an important indicator of the university’s health as a research institution.

The event, held Thursday in Science and Engineering Hall, began with remarks by Suresh Subramaniam, vice provost for graduate and postdoctoral affairs, who told postdocs they are vital to GW’s mission.

“You’re also contributing to the research reputation of GW, and to the nation at large in its quest to remain at the forefront of research,” Subramaniam said.

“Postdocs are the lifeblood of both the research and teaching enterprise at universities,” Hokanson said, before attendees joined breakout sessions to discuss leaders who have been influential in their own lives.

Postdoc Selase Deletsu cited his dad as someone from whom he learned how to approach leading a team.

“He led by example,” Deletsu said, “so if he wanted us to do something in the house, you’d see him doing it first, and we would follow and do it with him.” Other desirable leadership qualities discussed included flexibility and the ability to create a good environment for team members.

Deletsu works in the lab of Associate Professor Alberto Bosque in the Department of Microbiology, Immunology and Tropical Medicine to develop therapeutic strategies targeting latent HIV reservoirs (thought to be the last barrier to eradication of the virus). In the breakout session, Deletsu also expressed appreciation for Bosque’s leadership.

“Dr. Bosque is really great to work with and he has been really helpful to me both personally and professionally,” said Deletsu, who described how Bosque helped him secure accommodation and get set up when he first came to GW and how he is supporting and guiding him towards becoming a better and more complete scientist.

According to studies by social scientists, Hokanson said, views of leadership have shifted over time.

“In the early phases of leadership study, a lot of the research was underpinning the idea that there are born leaders,” she said. “But that sort of implied that leadership wasn’t a skill to be learned: Some of us had it, and some of us don’t.” Today, she added, that view is rejected because we recognize that the capacity to lead is influenced by the situation confronting an individual in a given moment.

“Most of the frameworks these days are focused on leadership as a set of skills that people can develop over time,” Hokanson said, “leading with emotional and social intelligence.” Looking ahead to future conceptions of leadership, she told postdocs, they “have the opportunity to challenge and put forward new models for leadership.”

In addition to Deletsu, other postdocs also got an opportunity to share their work. Postdoc Yuli Heinson, who works with Professor Emilia Entcheva in the School of Engineering and Applied Science (SEAS), presented a biomedical engineering project to develop a portable, low-cost macroscopic mapping system for cardiac electrophysiology. In the Milken Institute School of Public Health, Fouzia Farooq is working with Assistant Professor Emily Smith to develop epidemiological data on the risk of adverse maternal and fetal outcomes associated with COVID-19. And in the Department of Biology in the Columbian College of Arts and Sciences (CCAS), Christina Pavloudi is working with Assistant Professor Jimmy Saw to decipher the community structure and functional potential of microbial communities in extreme habitats.

Brief remarks by Barbara Bass, dean of the GW School of Medicine and Health Sciences, vice president for health affairs and CEO of the GW Medical Faculty Associates, paid tribute to postdocs as a group. She commented on the important role they play in building the community of science on campus and asked them to look ahead to the future, as well.

“I would request that you always keep as a goal in your research improvement of the human condition whatever your role in science happens to be,” Bass said.

Bosque, who previously received the GW Postdoc Association’s postdoc mentorship award, said that a postdoctoral position can lead to multiple research careers. “The two postdocs currently working in my lab have different aspirations after their postdoctoral position, so I tailor their mentorship individually,” he said. “For me, it is important to address what their next step will be and how I can make that happen.”

Other sessions at the event addressed topics of interest to postdocs, such as the U.S. visa system and making the right career moves. Experts on each topic were on hand to answer questions. Later in the day, two former postdocs, Jingkai Wei and Sean Lee, gave career advice. Remarks were made by several other university leaders including Vice Provost for Research Pamela Norris, Paul Wahlbeck, dean of the Columbian College of Arts and Sciences, and Lynn Goldman, dean of the Milken Institute School of Public Health.

A highlight of the day were the “lightning” talks—short 5-minute presentations on their research—given by 14 postdocs. The talks were judged by a panel of faculty judges and the top speakers were awarded prizes by Subramaniam. The prize winners were Yi Cao of SPH, Yuli Heinson of SEAS, and Eric Kenney and Patricia Sikorski of the SMHS.

The postdoc mentorship award was presented to Arnaud Martin, assistant professor of biology. In his remarks, Martin offered postdocs advice on preparing for an academic career. 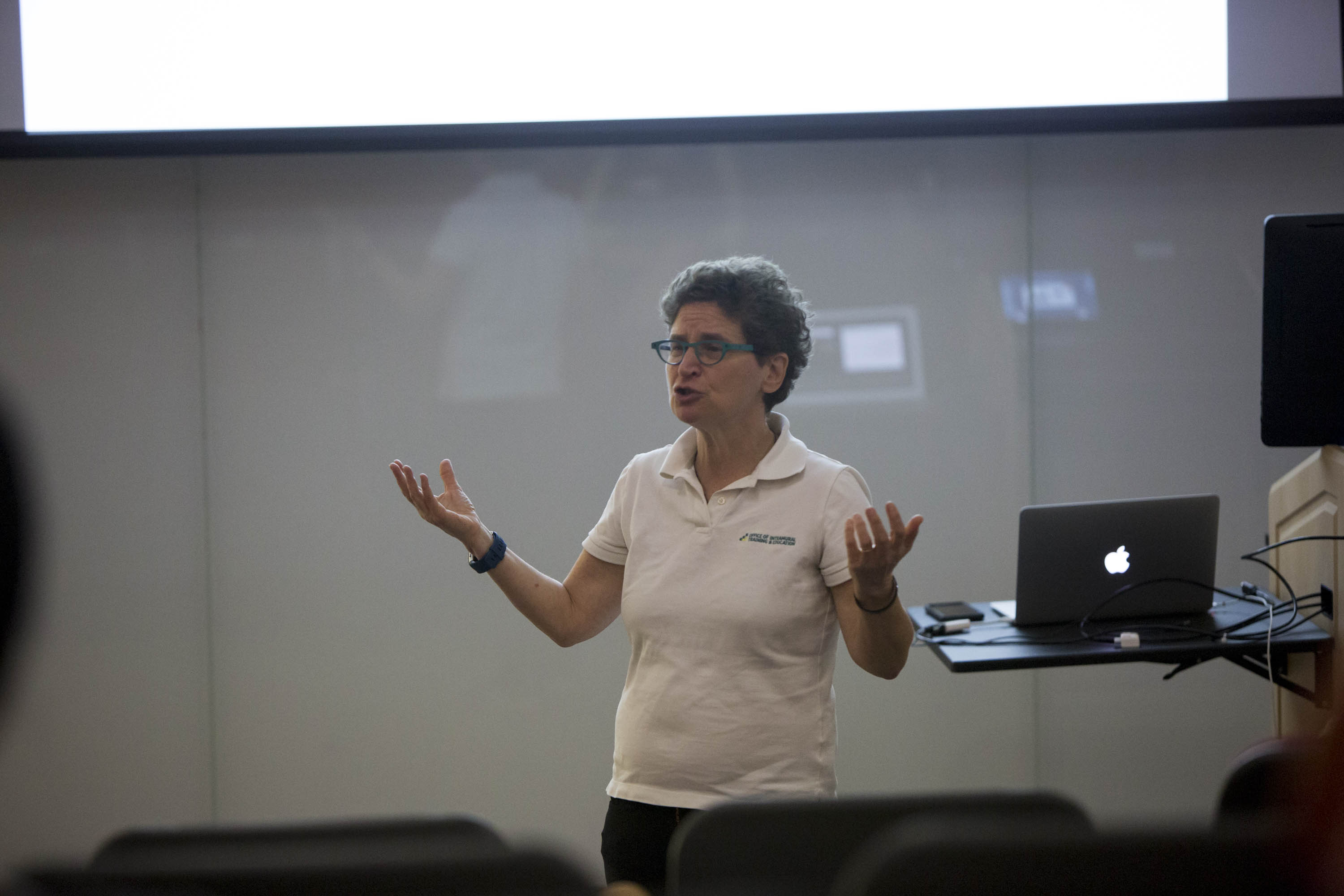